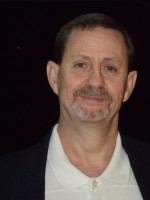 The Pineywoods of East Texas have produced many things, including award winning and best-selling author John Foxjohn. Known as the master of pace, Foxjohn is considered a rising star in publishing. Not only has Foxjohn published books in six different genres, but three different ones have become best-sellers.

In 2014, Foxjohn’s romantic suspense, Law of Silence, received the prestigious WMP Award of Excellence for the best book of 2014.

Despite the book sales and accolades, Foxjohn says, “I’m just a country boy at heart. “I was born and raised so far back in the woods that they had to pump sunshine to us.” With little to do but hunt and fish, Foxjohn’s environment created an atmosphere that fostered imagination and dreams, something he would excel at.

At the tender age of seventeen, he quit high school and joined the army. Foxjohn’s six years would see him graduate from jump school, Ranger school, and become the youngest sergeant in peacetime army. A tour of Viet Nam and Germany highlighted an extremely successful stint for Foxjohn. After an honorable discharge, Foxjohn followed that up with ten years in law enforcement, including a long tour as a homicide detective. Fulfilling a promise to his dying mother, Foxjohn graduated from college and began a new adventure of teaching and coaching football.

Today Foxjohn spends an enormous amount of time traveling in Texas and across the country, signing books and talking and teaching writing groups about the craft of writing.

Who are your favorite authors?
John Sanford, Mark Twain, Louisa Mae Alcott, Louis LaMour, Vince Flynn, Janet Daily, and of course, myself.
What inspires you to get out of bed each day?
Life--I enjoy it to the fullest.
Read more of this interview.

Where to find John Foxjohn online

Book trailer for Killer Nurse
Kimberly Clark Saenz was a well-liked licensed vocational nurse at the center. The East Texas nurse was a mother of two, and known for her smiles and the stories she told to help patients pass the time. But on April 28, 2008, witnesses came forward to say that instead of lifesaving medication, they’d seen Saenz adding toxic bleach to IV ports. Turns out, it wasn’t the first time. Once caught, the shocking story of Saenz’s murderous practices began to unravel…

Paradox
When Sterling King agrees to defend a client accused of murder, she never thinks winning the trial will place her client and herself in danger. As one of the most cunning killers in the country stalks Sterling, all that stands in the killer's way is Gary Randall. As Gary matches wits in a deadly game of chess, the FBI leaves him in a paradox. His supervisors order him to stop the protection. If he does, she dies - if he doesn't, his career dies.

Who!
John Bush, a Houston homicide detective, had spent years trying to stop Joey Elderberry's reign, the legal way. John finally arrested him for murdering three people, but the notorious crime boss walked out of the courtroom laughing. As the bodies piled up, so did the pressure. For one reason or another, everyone had one goal, find out WHO!

Code of Deceit
Evidence is hard to find when a homicide detective’s main suspect has been dead for four years. David Mason has a career that’s on a meteoric rise. Now he faces two of the toughest challenges of his life. He has to decide if he will violate the code that Texas police officers all adhere to, protect their brother officers. He believes fellow officers have committed a homicide. If he turns them in, he’ll face the wrath of the officers in the department. 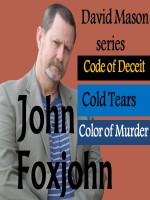 David Mason Box Set by John Foxjohn
John Foxjohn first introduced the world to David Mason, a young and talented Houston homicide detective, in 2007. The first book, Code of Deceit, would become John's first best-seller, and leave the reading public clamoring for more. Then Foxjohn published the next of the David Mason books—Cold Tears, which soared to the height of the publishing world. Readers voted it the best mystery in the world. The third David Mason book, Color of Murder, would excite readers who'd come to love the detective, and take them in another direction. The ending of Color of Murder was bittersweet for readers. When Foxjohn wrote the end, readers wanted more of David Mason, but in this one regard, he would disappoint them. He wasn't through writing, just with this series—he thought. As it turned out, readers would not let him end the series so fast. So, coming in 2015 will be another David Mason book. 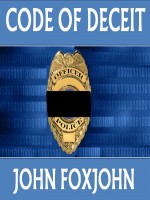 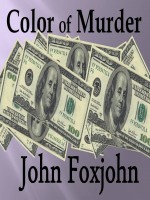 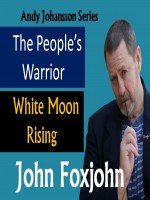 Andy Johansson Series: Box Set by John Foxjohn
John Foxjohn made a promise when he was twelve years old to write a book about Crazy Horse, the fabled Lakota (Sioux) warrior. Thus Andy Johansson was born—a fictional character Foxjohn created to tell the true story of fabled Lakota warrior. Through Andy's eyes, the readers became intimately familiar with Crazy Horse and the customs and beliefs of the Lakota. Readers have constantly bombarded Foxjohn for more of Andy Johansson. Foxjohn complied with White Moon Rising. The soldiers forced Andy to live with the whites, but they couldn't force the whites to want him. In White Moon Rising, all Andy wants is for people to leave him alone: a tall order for a man caught between two combative cultures, and as it happens, neither wants Andy to be a part of theirs. Andy will have to fight every step of the way to have the life he wants and the woman he loves, but as readers already know, Andy is capable. In coming months, reader will have several books to read about Andy and his family's saga as they carve out a legacy. 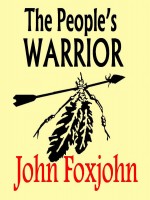 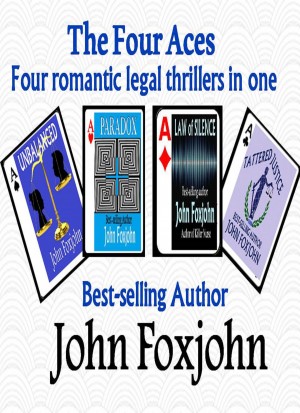 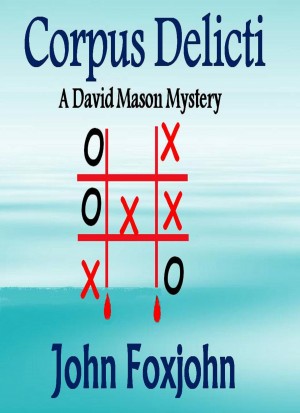 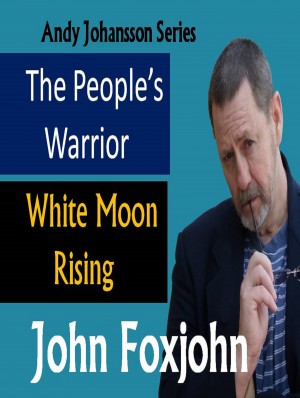 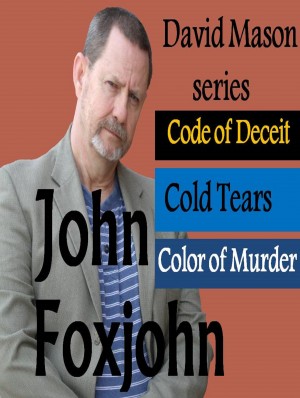 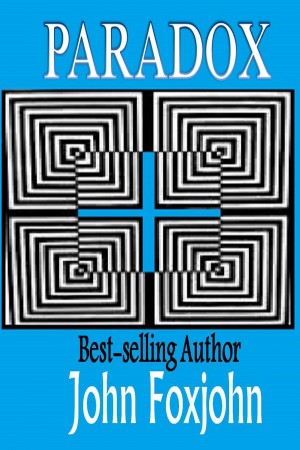 Paradox by John Foxjohn
Price: $3.99 USD. Words: 92,590. Language: English. Published: January 19, 2015. Categories: Fiction » Romance » Suspense
Gary Randall, an FBI agent assigned to guard Sterling King, has to find the porta del diavolo (the devil's doorway). This was the only clue given to Sterling by a client who was murdered. If they fail to find it, they will die at the hands of some desperate people. Of course, they may also die if they find it. 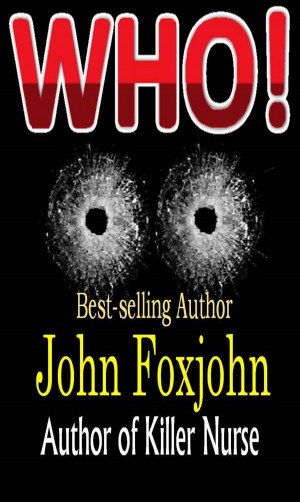 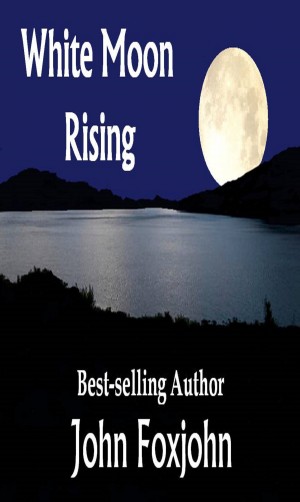 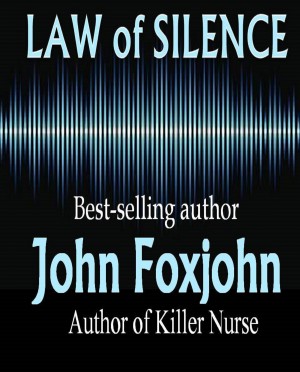 Law of Silence by John Foxjohn
Price: $3.99 USD. Words: 94,420. Language: English. Published: February 6, 2014. Categories: Fiction » Romance » Suspense
Best-selling author John Foxjohn has received many awards and accolades over the years—including in 2008 when he was named author of the year. When his book Killer Nurse hit the shelves in 2013, it became the sixth different genre he’s published in. It’s no wonder that Readers the world over wait in anticipation for his books. 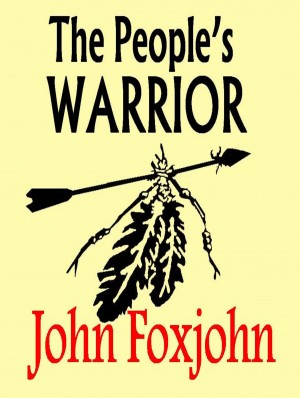 The People's Warrior by John Foxjohn
Series: Andy Johansson Series: Box Set. Price: $3.99 USD. Words: 82,420. Language: English. Published: June 24, 2013. Categories: Fiction » Historical » Western & American frontier, Nonfiction » History » Native American
This story is told through the eyes of eight-year-old Andy Johansson, who along with his family set off in a wagon train for the Montana gold fields. The wagon train is massacred while Andy is away, and he’s captured by a young Sioux warrior who believes Andy is a spirit sent to him by the Great Wakhan Thanka. 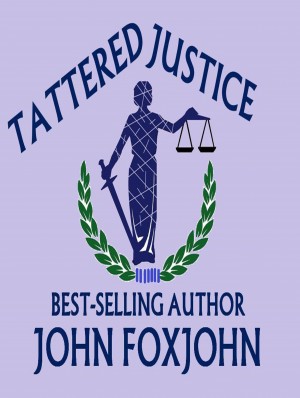 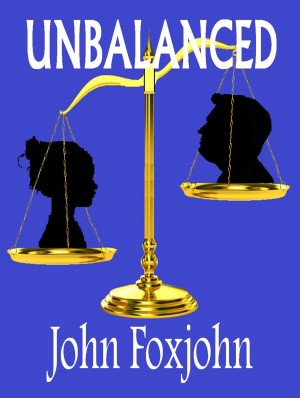 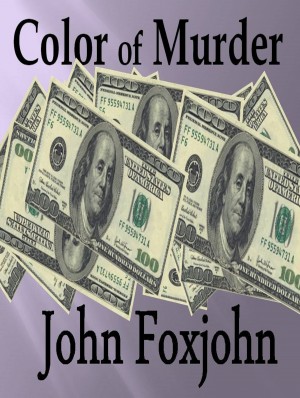 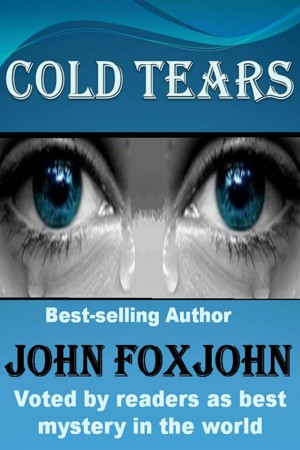 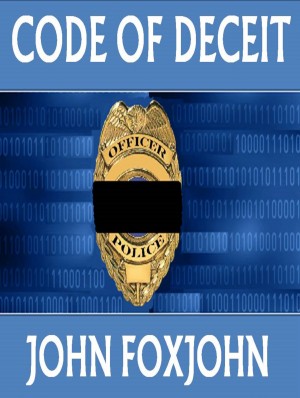 Code of Deceit by John Foxjohn
Series: David Mason Box Set. Price: $3.99 USD. Words: 81,940. Language: English. Published: June 23, 2013. Categories: Fiction » Mystery & detective » Hard-Boiled
Evidence is hard to find when a homicide detective’s main suspect has been dead for four years. David Mason, up-and-coming detective in the Houston Police Department, has a career that’s on a meteoric rise. Now he faces two of the toughest challenges of his life. First, he has to decide if he will violate the code that Texas police officers all adhere to, protect their brother officers. He believe

You have subscribed to alerts for John Foxjohn.

You have been added to John Foxjohn's favorite list.

You can also sign-up to receive email notifications whenever John Foxjohn releases a new book.