Ten Time-Weighted Footprints in the Soft Sand of My Public Psyche:

1) 19 years (from 1983 to 2002) as an investment banker in the American bond markets, an unavoidably conservatizing experience regarding financial matters. Rule of law, sanctity of contract, ability and willingness to pay debt service as scheduled — these are the underpinnings of civilization, in my view.
2) 18 years (from 1951 to 1969) growing up in Lakewood, California, one of the original blue collar insta-suburbs built after World War II on the Levittown assembly line model. Civic equality was presumed with every fourth house a carbon copy.
3) 11 years (from 1978 to 1983 and from 2002 to 2008) of government service at the California Energy Commission, most recently as a Commissioner and earlier as Executive Director. Both experiences centered on the efficiency/renewables recipe which has become California’s signature energy policy cuisine.
4) 8 years (from 1990 to 1998) on the Board of Directors, including 6 (from 1992 to 1998) as President, of TURN (The Utility Reform Network), California’s largest and most vociferous ratepayer advocacy organization.
5) 5 years (from 1997 to 2002) on the Board of Governors, including 4 (from 1998 to 2002) as Chairman, of the California Power Exchange, the first domino to fall in the electricity “deregulation” fiasco. Flawed design, institutional inertia, nonexistent police presence, and ham handed political response — the marketplace equivalent of Hurricane Katrina.
6) 5 years (from 1973 to 1978) as a political activist, including work on the campaign staffs of successful candidates for Mayor of Los Angeles and Mayor of San Francisco and unsuccessful candidates for President and State Senate; co-authorship of a book on the sorry performance of the state Consumer Affairs department; lobbying on behalf of the Nader-inspired California Citizen Action Group; and helping to found one of the first solar water heating businesses.
7) 4 years (from 1969 to 1973) at Yale when it was described — by the snarkily envious Harvard Crimson — as “the bell-bottoms in the Ivy League family”, originally planning to be a journalist and finding a degree of encouragement as a Managing Editor of the Yale Daily News and stringer for the New York Times, only to succumb to the virulent disease of applying to law school instead.
8) 3 years (from 1973 to 1976) of alienation at the UC Berkeley Boalt Hall School of Law, immaturely put off by the trade-school-for-shysters aspects (e.g., assigned reading razor-bladed from library books) and prone to the diversions described in #6 above.
9) 3 years (from 1999 to 2002) as Chairman of the California Managed Risk Medical Insurance Board, growing enrollment in the State Children Health Insurance Program from 50,000 to 632,000 and creating real benefit for real people.
10) 2 years (from 2006 to present) as Co-Chair of the Board of Directors of the American Council on Renewable Energy (ACORE), carrying a California torch to light (zero emission) bonfires across the planet.

Where to find John Geesman online 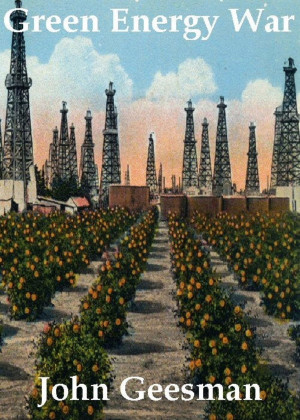 Green Energy War by John Geesman
Price: Free! Words: 32,850. Language: English. Published: October 26, 2010. Categories: Nonfiction » Politics & Current Affairs » Environmental politics, Nonfiction » Science & Nature » Environment
No drumbeat resonates like the mobilization of public opinion for war. In 2008 and 2009, policy elites around the world prepared for US re-entry to the global climate debate. These short narrative bursts capture the heady aspirations of the time, tracing the strategic perimeter of energy initiatives that soon turned comatose – a “weird and unintended prequel” to the exuberant 21 Machetes. 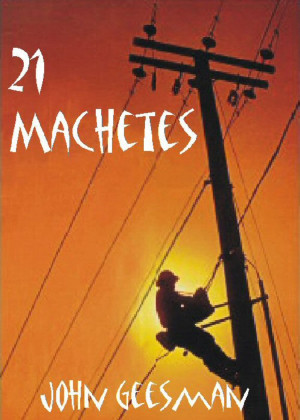 You have subscribed to alerts for John Geesman.

You have been added to John Geesman's favorite list.

You can also sign-up to receive email notifications whenever John Geesman releases a new book.