John J. Vinacci is a freelance academic and content writer with a B.Sc. in Philosophy. In his free time, John enjoys writing fantasy and science fiction, adventure hiking, and playing guitar and bass. He lives in Hawaii with his wife and their two fascist cats.

Why did you write Alpha vs. Omega?
Because I was getting bored with super hero stories. I’ve been a lifelong comic book fan, but I’ve reached the point of saturation. For one thing, the main comic book companies – Marvel and DC – have cheapened the relevance of their characters by invoking what I call ‘the multiple universes clause.’ They’ve created multiple versions of their super heroes and villains so they can tell ‘new’ stories when they’ve exhausted a character’s possibilities instead of taking things to their logical conclusion. Frankly, I think this is lazy storytelling and has cheapened the importance and uniqueness of each character. ‘The multiple universes clause’ also has the effect of lessening the gravity of what might otherwise be some dire situation. With these particular criticisms in mind, I wanted to make sure that the super hero universe I created was an entity unto itself to the point of inserting a crucial plot point to make sure that stays the case and that there’s no going back and changing it. I also wanted to address something else I am weary of in super hero stories – which is occasionally tied to ‘the multiple universes clause’ – the constant retelling of a hero’s origin. I don’t find a hero’s origin all that central to their character, though there are some notable exceptions (i.e. Spider-Man, Batman). Again, it’s lazy writing. In Alpha vs. Omega, I purposefully gave just about everyone the same origin, if not outright then metaphorically (you’ll see what I mean when you read the book). Originally, Alpha vs. Omega was meant to satirize the comic book genre and its tropes, but as I wrote I found there were some things that just have to be said if given a world of people with actual super human powers; the way people use and abuse power, for example. Super heroes and villains also provide us with the perfect backdrop in which to say a few things about religion. Unfortunately but understandably, the Big Two comic companies generally avoid the topic.
What was most difficult about writing this book?
I’ve never undertaken anything of this magnitude before. Alpha vs. Omega is epic in scope and with that meant trying to keep the timeline of events straight (in a book in which the timing of events is relevant to the plot) while trying to avoid plot holes. There was a lot of scribbled notes, a lot of back and forth to make sure things remained as consistent as possible. Trying to find the time to write was difficult as well; a little bit here, a little bit there, over the course of almost four years. Trying to be a writer while working full time and maintaining a home life isn’t easy. Now I know why so many writers are characterized as alcoholics. I completely understand that now.
Read more of this interview. 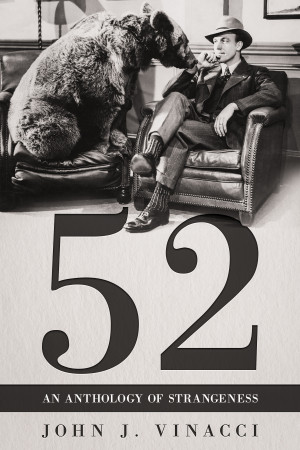 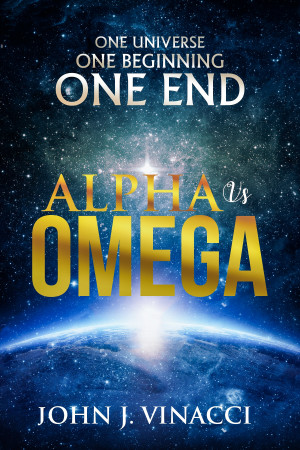 Alpha vs. Omega by John J. Vinacci
Price: Free! Words: 165,440. Language: English. Published: January 1, 2018. Categories: Fiction » Fantasy » Epic, Fiction » Graphic novels & comics » Superheroes
Alpha vs. Omega is an epic fantasy-action novel and meditation on the use and abuse of power, the question of nationalism, and underpinnings of religion. As super humans struggle for dominance over each other, do we ever really know who the heroes and villains are? And what terrible price will be paid to prevent an extinction level event? Is it possible for the price to be too costly?

You have subscribed to alerts for John J. Vinacci.

You have been added to John J. Vinacci's favorite list.

You can also sign-up to receive email notifications whenever John J. Vinacci releases a new book.