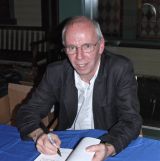 When I read in schools, kids often ask: "Have you always wanted to be an author?" The simple answer is no, I was 43 when my first book (WEET) was published, but I have been an author as long as I can remember. Growing up in Scotland I compensated for a lonely childhood by making up stories in my head and all I do now is write those stories down.

History is the trigger for my stories: WWI (Shot at Dawn, And in the Morning), WWII (Flames of the Tiger, Four Steps to Death), or the Wild West (Written in Blood). I firmly believe that the decisions a Roman Legionary (Germania), or a Medieval Crusader (The Heretic's Secret Trilogy), had to make were just as confusing and frightening as any of the decisions we have to make today. That's what I try to bring out in my thirty plus fiction and non-fiction books for kids, teens and adults.

Where to find John Wilson online 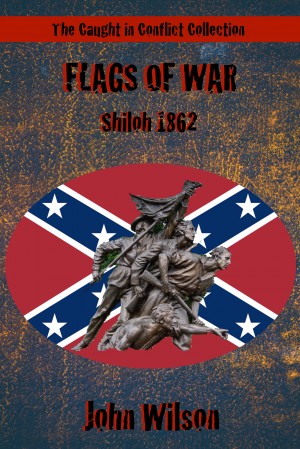 Flags of War: Shiloh, 1862 by John Wilson
Price: $2.99 USD. Words: 36,570. Language: English. Published: July 10, 2012. Categories: Fiction » Historical » USA
Two cousins, one in the Confederacy the other in neutral Canada, struggle with their feelings as the Civil War explodes around them. Linking the two is an escaped slave struggling along the Underground Railroad to freedom. Their stories shockingly come together amidst the carnage of Shiloh. 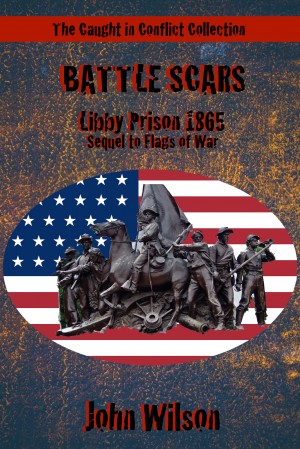 Battle Scars: Libby Prison, 1865 by John Wilson
Price: $2.99 USD. Words: 39,620. Language: English. Published: July 9, 2012. Categories: Fiction » Historical » USA
The sequel to The Flags of War, continues the adventures of two cousins, Walt and Nate McGregor, and of Sunday, the former slave on Nate's father's plantation. "…this book looks at the Civil War from the eyes of soldiers who come to realize that their enemies are just men like themselves."–Jane G. Connor, South Carolina State Library, Columbia 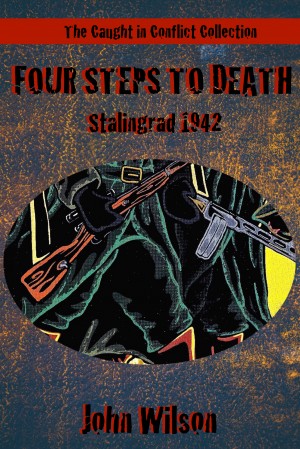 Four Steps to Death: Stalingrad, 1942 by John Wilson
Price: $2.99 USD. Words: 45,070. Language: English. Published: July 6, 2012. Categories: Fiction » Historical » General
"This absorbing, well-crafted tale…is a haunting description of the tragedy and irony of war…In this vivid narrative, the awful cacophony of war comes to life…the skilled author succeeds without moralistic preaching in highlighting the harsh reality, the utter misery, and the heartbreak of war in this intricate but fascinating book." VOYA 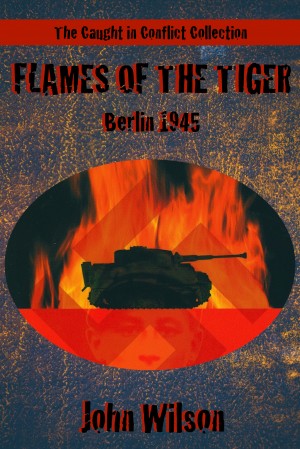 Flames of the Tiger: Berlin, 1945 by John Wilson
Price: $2.99 USD. Words: 36,550. Language: English. Published: July 4, 2012. Categories: Fiction » Historical » General
Dieter, a young German soldier, and his sister, Greta, are fleeing from the devastation of Berlin. The city is a ruin, their family is dead and the Russians are brutally fighting their way through the streets. Is there any sanctuary in what seems to be the end of the world? 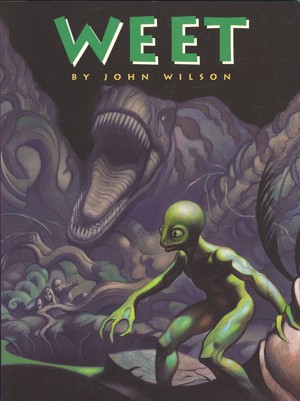 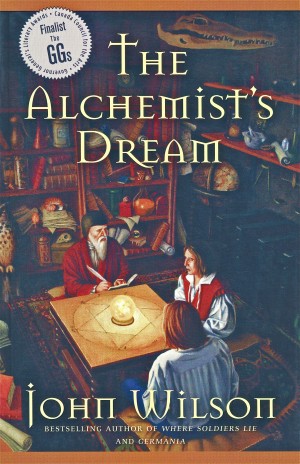 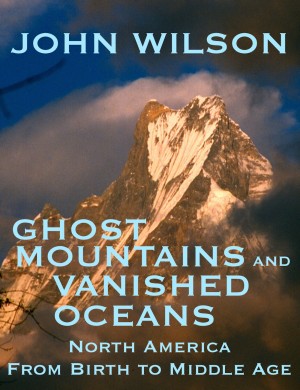 Ghost Mountains and Vanished Oceans: North America from Birth to Middle Age by John Wilson
Price: $4.99 USD. Words: 48,030. Language: English. Published: October 11, 2011. Categories: Nonfiction » Science & Nature » Evolution, Nonfiction » Science & Nature » Earth sciences
We are not simply passengers on a dead piece of cosmic debris whirling through space; we are an integral part of an exceptional, dynamic system that produced both ourselves and our Earth. In a very real sense, geology made us. This is that story. 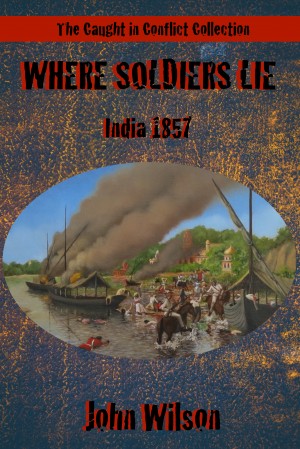 India, 1857. It's all exotic and mysterious to Jack O'Hara, newly arrived to live in Cawnpore. What Jack doesn't realize is that violence and war lurk just below the surface and are about to explode into a nightmare from which very few will survive. "…an absolutely terrific book…The pacing is flawless" Geoffrey Bilson Award Jury 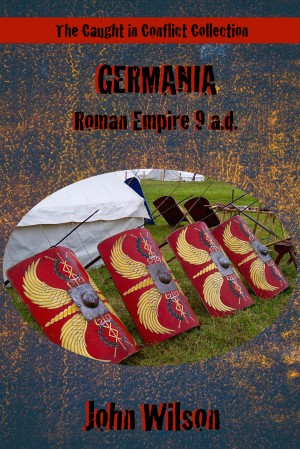 Germania: Roman Empire 9 a.d. by John Wilson
Price: $2.99 USD. Words: 64,990. Language: English. Published: July 20, 2011. Categories: Fiction » Historical » Ancient
In 9 A.D., the Roman nobleman Publius Varus led three legions—20,000 men—east of the Rhine river. In the dark, haunted forests of barbarian Germania, all of them were slaughtered in one of the worst disasters ever suffered by the Roman army. This is their story and the story of a young Legionary, Lucius, and his friend, Freya, caught on opposite sides of the horror. 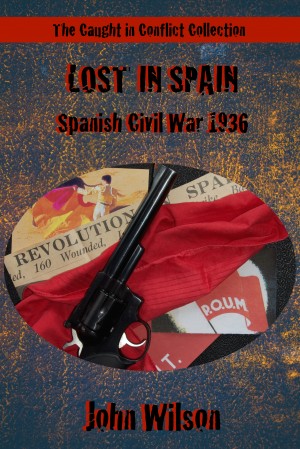 Lost in Spain: Spanish Civil War, 1936 by John Wilson
Price: $2.99 USD. Words: 42,090. Language: English. Published: July 14, 2011. Categories: Fiction » Historical » General
It's 1936. Ted Ryan is, Canadian and caught in the chaos of the opening days of the Spanish Civil War. His father is missing and his only chance of finding him is Dolores, a beautiful Spanish revolutionary who can explain what is going on, but cannot protect either of them from the fighting raging all around. Ted is determined, but can he survive this strange and dangerous world. 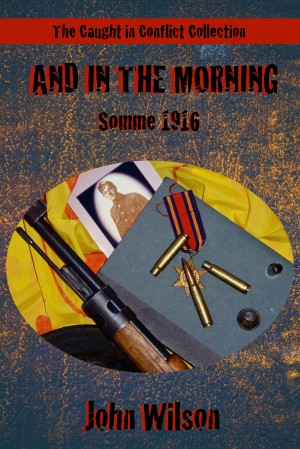 The diary of a boy caught up in the enthusiasm and horror of the First World War. "A compelling, fascinating, and ultimately disturbing book that is not to be missed." Library Journal. "A terrific addition to a social studies or history curriculum." Booklist "…joins other outstanding novels about the First World War as an invaluable resource." Quill & Quire 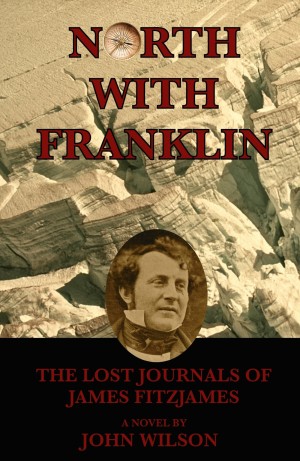 You have subscribed to alerts for John Wilson.

You have been added to John Wilson's favorite list.

You can also sign-up to receive email notifications whenever John Wilson releases a new book.