Josh lives in the San Francisco Bay Area (which is a catch-all meaning that he doesn't live in any of the cool Bay Area cities), and studied at Westmont College in Santa Barbara (though his degree is not in English).

On his writing, Josh writes literary fiction that doesn't take itself too seriously.

Where to find Josh Karaczewski online 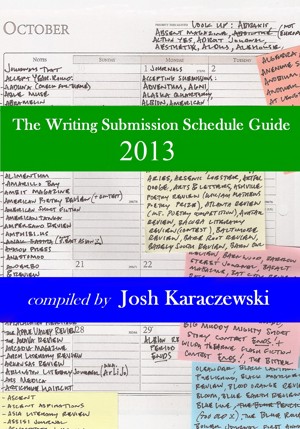 When you are ready to submit your masterpiece for publication, this guide will help you strategize where to place your submission. By organizing information on hundreds of literary publications' reading periods chronologically, you will immediately know who is ready to read your work, and as an ebook, you will have the clickable website links you need to immediately submit your prose or poetry. 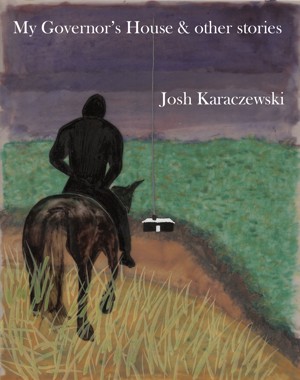 A collection of writings from author Josh Karaczewski, including the Pushcart Prize nominated titular story. Through mostly short stories, you will meet a homecoming warrior defeated by housework, a lonely debut author impatient for recognition, a son losing a boyfriend because of his mother, the thoughts of someone who falls from great heights to the ground on purpose, and much more. 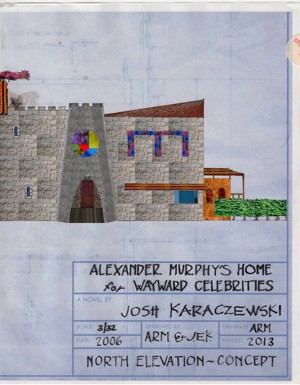 Incorporating song lyrics, articles, and sections of pure dramatic dialogue into its unconventional seriocomic narrative, and with a cast of celebrity characters alternately inspired or imagined, the novel Alexander Murphy’s Home for Wayward Celebrities explores 21st Century celebrity, pop culture, and the creative process with wit and style.

You have subscribed to alerts for Josh Karaczewski.

You have been added to Josh Karaczewski's favorite list.

You can also sign-up to receive email notifications whenever Josh Karaczewski releases a new book.