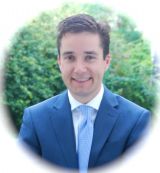 Attracted by the Anglo-Saxon principles of individual liberty and free market economics, Belgian-born JP Floru moved to the UK in 1994. He founded Freedom Week, an annual seminar in Cambridge to teach UK students about the philosophy of freedom. As a City of Westminster Councillor, he stands for low taxes, small government, and deregulation. He topped the poll of London Conservative Party Members to rank candidates for the 2009 European Elections with a firmly Eurosceptic and free market message. He draws his inspiration from FA Hayek, Ronald Reagan, Margaret Thatcher and Boris Johnson. A solicitor by training, he works for the Adam Smith Institute. He lists fighting the nanny state as his main hobby.


“I am an immigrant. Yet I am neither on benefits, nor in prison – which is what many suspect us to be. Out of all the possible countries in the world, I chose to live in the UK. I did not come here with a view to changing its mores; I came here to integrate and follow its ways. I came to Britain because under Thatcher it had become a land of opportunity, where hard work was rewarded and where the state helped by staying out of your way.
Twelve years of socialist government have changed all that beyond recognition. Under the Great Equalisers social mobility has gone; benefits became a legal drug; the poor paid the highest taxes ever; and jobs became the main export product. Instead of making the pie grow, the government made it shrink. We have joined continental Europe in managing decline.
Do we really want to be a museum for Chinese tourists? Is it acceptable that the state continues to live above its means by debasing the currency and borrowing from tomorrow’s growth?” At the end of the book JP Floru sets out a few straightforward measures which could help Britain become a heaven of freedom once again.

You have subscribed to alerts for JP Floru.

You have been added to JP Floru's favorite list.

You can also sign-up to receive email notifications whenever JP Floru releases a new book.