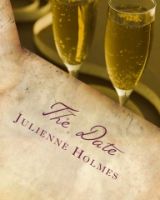 There's really not much to say about me. I'm a self-published, struggling, writer who, thus far, has had ten books published. I do plan on eventually writing more. Yet, I'm having problems with life's everyday ups and downs. At this time I'm using more than one self- e-book -publisher. While I'm hopeful that things will start to look up, I'm also pessimistic about my future.

Where to find Julienne Holmes online

The Stalker at Night
Samantha Jones has always had to suffer from the constant emotional abuse from her past relationships. When she finally breaks away from another emotionally abusive relationship, she meets Aleron Savoi. Aleron is a mystery, who brings with him passion that will ignite a long dead flame inside her. Yet, she knows nothing about him and his secretive past suddenly makes an uninvited appearance.

The Dream Man of my fantasies
In the darkness of night, Jolene Conner, wakes from the horrible nightmares that she's experiencing. She sees a young woman, identical to herself, being murdered. The culprit maybe recognizable to the woman, but Jolene, herself, knows nothing of who this murderous stranger could be. The only relief she has is the pleasurable arrival of McFadden Ackerman. Even though she knows him in her dream, she knows nothing about his past...

Romancing a werelion Husband
Violet Carmen, the sole care giver to her mother, has just been dealt an unlucky blow. After her mother's funeral, she finds out that her greedy sister has inherited the majority of her mother's estate. Unemployed and homeless, she finds a wanted ad for a secretary position to a Mr. Drake Fairfax. Yet, this new job opportunity is not at all what it seems...

Jumpidy, Jump, Frog
"Willy, Lilly, Silly, I am a Frog." Here's a frog story that I'm sure every parent will enjoy reading to their child and is easy enough, not to mention enjoyable for all ages. This story has a poetic theme to it, and you literary can feel how enjoyable it is to hop along with this slimy, green, lovable frog. So, as the little frog says, come one and all and jump along with him in this carefree, yet, enjoyable story.

My Mom's a witch
My mom's a witch! I swear she is, because one day when my sister and I were driving in the car with her, my mom yelled, "BE QUIET!!" My mom's a witch is about a little girl named Amanda, who strongly believes that her mom is a witch. She tries to justify that the reason why she's being punished, is because her mother is this horrible witch bent on making her life miserable... 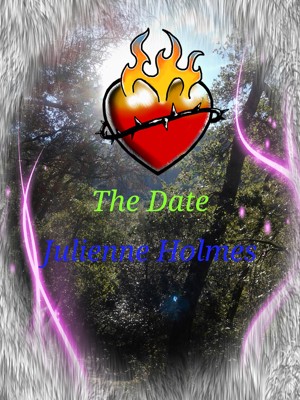 The Date by Julienne Holmes
Price: $3.99 USD. Words: 43,190. Language: English. Published: March 5, 2014. Categories: Fiction » Romance » Paranormal, Fiction » Romance » Adult
In Carlington, a parallel universe, where shape-shifters and other magical creatures co-exist among humans, there is an unlikely romance brewing between two very different individuals. Joanna, a temp, has already experienced the painful heartbreak of betrayal and is looking for an enticing love with someone who will, not just accept her, but love her.

You have subscribed to alerts for Julienne Holmes.

You have been added to Julienne Holmes's favorite list.

You can also sign-up to receive email notifications whenever Julienne Holmes releases a new book.