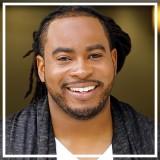 From his childhood in the Bronx, New York, J-Rod was introduced to his first three loves: music, arts and entertainment. The city lights and the never ceasing pace of the city taught him to always be multifaceted and never stop hustling to reach his entertainer goals. He took his love of the arts with him at age 14 when his family relocated to Virginia Beach, Virginia. There he planted himself and grew. While studying Mass Communications at Norfolk State University he also sang lead in a local R&B group called Lot 14. Lot 14 traveled the country touring and winning the hearts of fans everywhere; they won Amateur Night at the Apollo and even incited a label bidding war before disbanding after six years. J-Rod’s passion for performing and entertaining ignited his interest in local radio. He used his charm and the social media presence he gained with the group to land a spot on the local radio station WNSB Hot 91.1. J-Rod entered the station as a brand new evening show disc-jockey and instantly introduced the surround Hampton Roads cities to his own version of a morning show in the evening time. This format proved successful and lead the competitive stations in the area to challenge his ratings.

After college, J-Rod ventured into a few different endeavors but none surpassed the joy he had when working in the arts. Life experiences led him to use his own life as inspiration for a new wave of art. In 2010, he quit radio to spend more time with his newborn son, Christopher. He began doing public speaking in high schools all around the Hampton Roads area and began learning the art of comedy writing with his friend Jay Pharoah, who went on to become one of the leading cast members of Saturday Night Live. December 31, 2014, God renewed his passion for writing and lit a new spark in J-Rod to develop a few additional personal projects including The Repost Show, a hip-hop talkshow and The Friend Zone Playbook.

Today J-Rod continues to build his writing and producing resume. He is also looking forward to the release of his first book, The Friend Zone Playbook. He continues to travel the globe writing and pulling source material from life, adulthood, and being a father.

Where to find Jarrod A. Tanner online 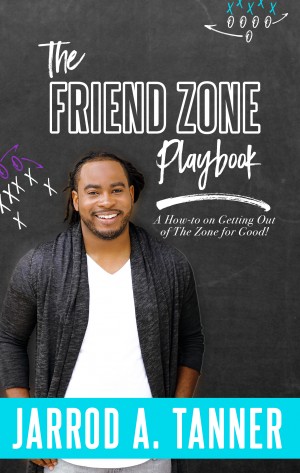 You have subscribed to alerts for Jarrod A. Tanner.

You have been added to Jarrod A. Tanner's favorite list.

You can also sign-up to receive email notifications whenever Jarrod A. Tanner releases a new book.