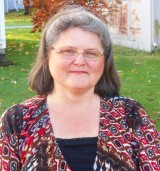 Hi! I’m Julie Merrin. I grew up in Findlay, Ohio, in a large family. As the oldest of six children in an often loud and chaotic house, I discovered early on that I could escape some of the chaos by losing myself in a book. I did this frequently and with such efficiency that my two youngest brothers could be rolling around on the floor fighting three feet from me...and I would be oblivious. In my imagination, I was probably somewhere on the prairie in the old west or on a rocket to the moon. You can go anywhere in a book.

It is not too surprising then, that I had a dream of one day becoming a writer. When I was in about 4th grade, I used to say that when I grew up, I wanted to be a teacher during the school year, a librarian in the summer...and a writer in my spare time.

Up until age 49, my only published work was a poem that appeared as an award winner in the October 1974 "Wee Wisdom" children's magazine. The funny thing about that one was that I had forgotten the assignment given by Mrs. Gerber, my 6th grade language arts teacher, to write a poem. As I stood with my classmates outside her door waiting for the previous class to be dismissed, someone asked me what I had written. Frantically, I asked if anyone had a piece of paper I could borrow. Someone gave me a small sheet torn from a 3X5 notepad on which I scribbled eight lines of poetry, breathed a sigh of relief, and turned it in. I didn't find out until I was in 7th grade that my teacher had liked the poem, submitted it, and that it had been published.

Over the years, I have written a number of other things including a Christmas play, a children's musical, and a number of short skits. These have all been performed, but not yet officially published. I have three ideas in various stages of development for collections of anecdotes on topics ranging from language bloopers to Merrin family legends. The first would likely appeal to expatriates living around the world. The last, though, is likely to have a fairly limited audience.

Currently, I am working on a series of children's books for kids aged 5-9. The "Katie Grace" series follows the adventures, trials, and challenges of a seven-year-old girl. Katie Grace is energetic, enthusiastic, competitive, sometimes selfish, and other times tender-hearted. In the first books of the series, her parents use several of the parables Jesus told to help Katie Grace find solutions to the challenges she faces. Book #1 in this series is available on Smashwords as of early March 2013.

As for my personal life, I ministered for twenty years in Southeast Asia, ten of which were spent serving at a children's home. I have lived in this area of the world since 1993, and deeply love the people here. I am a single mom to a beautiful daughter who I adopted from this country. She has been with me since she was six weeks old, with the adoption finally being finished when she was two years old. That could be another story to write, but as it is HER story, I don't think I'll ever publish it as part of a biography. But who knows...a fictionalized version might show up somewhere along the line in that novel I want to write someday.

In 2013, my daughter and I moved back to the United States where we live in northwest Ohio. I am blessed to have the opportunity to work again with teenagers at the local high school as one of the school secretaries.

Where to find Julie Merrin online 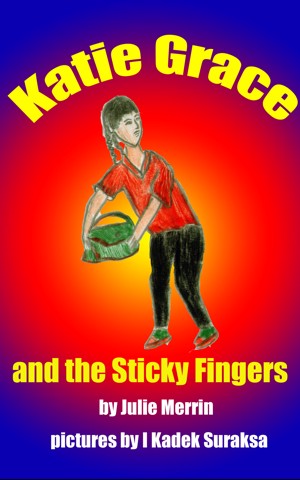 Katie Grace and the Sticky Fingers by Julie Merrin
Price: $1.99 USD. Words: 14,000. Language: English. Published: July 17, 2013. Categories: Fiction » Children’s books » Religious / Christian / Emotions & Feelings, Fiction » Children’s books » Religious / Christian / Values & Virtues
Katie Grace loves her dog, Mr. Tibbles.When her pet gets lost, she will stop at nothing to find him. When her school project goes missing, she searches until the lost is found. When her "sticky fingers" get her into trouble, she feels lost herself. The three "Lost Parables" help Katie Grace understand how big God's love is for His children when they are "lost". 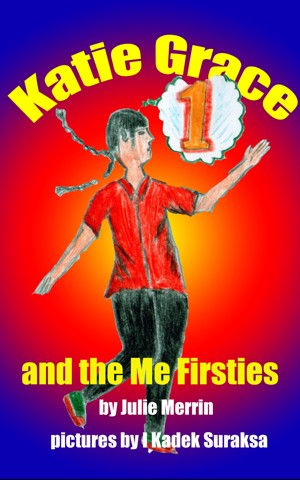 Katie Grace and the Me Firsties by Julie Merrin
Price: $1.99 USD. Words: 12,760. Language: English. Published: May 28, 2013. Categories: Fiction » Children’s books » Religious / Christian / Friendship, Fiction » Children’s books » Social Issues / Friendship
Katie Grace has a bad case of the "Me Firsties". She always wants to be first in everything. She wants to have the most...the biggest...the best. When the "Me Firsties" get her in trouble with her friends, Katie Grace learns about being forgiven. When her brother breaks something special to her, will Katie Grace forgive as she has been forgiven? 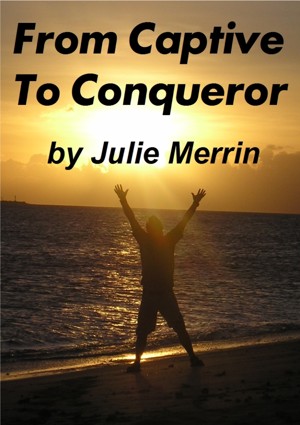 From Captive to Conqueror by Julie Merrin
Price: $1.99 USD. Words: 26,150. Language: English. Published: April 24, 2013. Categories: Nonfiction » Religion & Spirituality » Christian Life / Devotional
Many things can hold us captive. Addictions. Compulsions. Self-hatred. Dark fantasies. Bitterness. The list goes on. Often, we try to escape these captors in our own strength, but with little or no success. Whatever success we have is fleeting. Then one day, we realize we cannot win in our own strength. We cry out for help. God answers that cry and amazing things begin to happen. 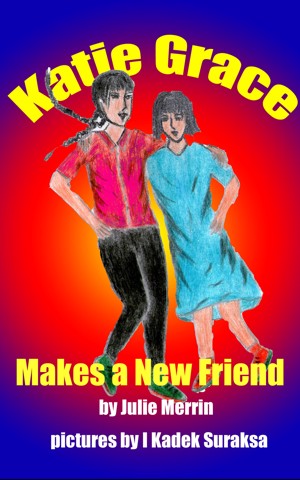 Katie Grace Makes a New Friend by Julie Merrin
Price: $1.99 USD. Words: 17,930. Language: English. Published: March 5, 2013. Categories: Fiction » Children’s books » Readers / Chapter Books
There is a new girl in Katie Grace's first grade class. One of Katie Grace's friends, thinks this girl is "weird, definitely weird"...and so is anyone who tries to be friends with her. What is a girl to do? Should Katie Grace go along with Maddie and avoid being called "weird" herself? Or should she try to make friends with the new girl no matter what? 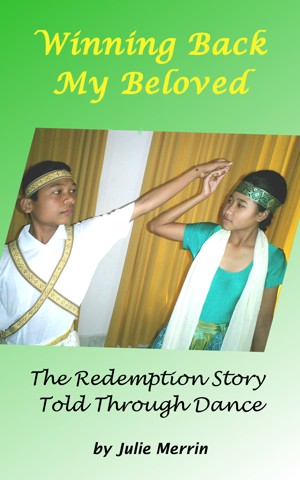 Winning Back My Beloved by Julie Merrin
Price: $0.99 USD. Words: 5,130. Language: American English. Published: February 2, 2013. Categories: Plays » Religious & Liturgical
This is a love story. You have a King. You have his Beloved. You have an Enemy. The Enemy entices the Beloved away from the King. The King will do anything, even sacrifice himself, to win her back. This story of redemption is intended to be performed as a dance/drama. It is especially poignant and applicable near Easter, but can be used any time of the year. It can be adapted to varying cultures.

You have subscribed to alerts for Julie Merrin.

You have been added to Julie Merrin's favorite list.

You can also sign-up to receive email notifications whenever Julie Merrin releases a new book.