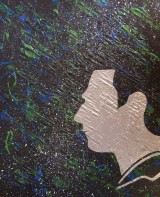 Kari is a passionate reader and compulsive writer. She prefers talking to fictional people to talking to herself, or anyone else for that matter, and insists her characters help keep her grounded. Her first love was science fiction, but she’s not afraid to venture out into unknown territory, to seek out new genres and new civilizations, to boldly go where no man- well, you get the idea. Currently she’s writing predominantly in the realm of sci-fi romance.

Where to find Kari Booij online

You have subscribed to alerts for Kari Booij.

You have been added to Kari Booij's favorite list.

You can also sign-up to receive email notifications whenever Kari Booij releases a new book.