Katharine M. Rogers, a Professor of English Emerita at the City University of New York, moved to Maryland after her retirement and pursued her life-long interest in natural history. When she volunteered at the National Zoo, she was assigned to the Invertebrate Exhibit. There it first occurred to her that invertebrates might be displayed and studied for themselves, rather than taken for granted as pests (cockroaches) or food sources (lobsters). After spending many hours observing the creatures in the Invertebrate Exhibit, she began to see them more from their own point of view, as animals that exist for themselves, perceiving the world in their various ways and dealing with the problems of living as all animals must. She learned that the flower-like anemones were purposefully wafting their tentacles in order to find and secure prey, that the lobster’s nineteen pairs of appendages were diverse tools that it manages with great skill, that the octopus’s jointless arms, covered with suckers that feel and taste, give it capacities for sensation and manipulation that we can only imagine. Then she began to wonder how these alien animals “worked,” both physiologically and, in the case of higher invertebrates, psychologically. This led her to serious research and, ultimately, to an ebook – "Meet the Invertebrates." This introduces readers to thirteen invertebrates, from a sponge, which is as simple as an animal can be, to an active, efficient ant.
During her teaching career and first years of retirement, Rogers wrote on literature, especially on issues relating to women. She started research on her first book, "The Troublesome Helpmate: A History of Misogyny in Literature," when she was forced onto unpaid leave after becoming pregnant. This was followed by:
"William Wycherley" (author of the Restoration comedy "The Country Wife"),
"Feminism in Eighteenth-Century England,"
"Frances Burney: The World of 'Female Difficulties,'"
"The Cat and the Human Imagination,"
"L. Frank Baum: Creator of Oz,"
"First Friend: A History of Dogs and Humans,"
"Cat,"
and "Pork: A Global History."
She lives in Gaithersburg, Maryland, with her husband, our dog, and our cat.

Where to find Katharine Rogers online 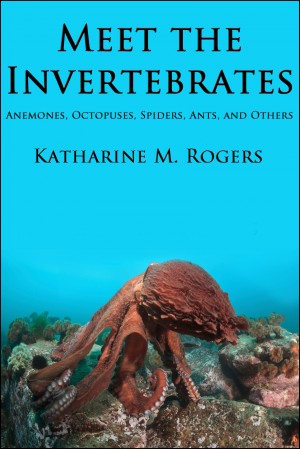 Meet the Invertebrates: Anemones, Octopuses, Spiders, Ants, and Others by Katharine Rogers
Price: $3.99 USD. Words: 77,260. Language: English. Published: June 16, 2014. Categories: Nonfiction » Science & Nature » Life Sciences / Zoology / Invertebrates
Meet the Invertebrates reveals these apparently alien creatures to be fascinating animals dealing with the basic problems of living as all animals must do. It explains how they work physiologically and describes their appearance, behavior, and perception of the world. It progresses from a sponge, as simple as an animal can be, to the highly developed octopus and ant.

You have subscribed to Smashwords Alerts new release notifications for Katharine Rogers.

You have been added to Katharine Rogers's favorite list.

You can also sign-up to receive email notifications whenever Katharine Rogers releases a new book.