So many stories, so little time... No, I'm not a professional author, nor do I play one on television. But I do spin an intriguing yarn.

How does writing satisfy the creative itch?
The notion of 'being a writer' is elusive. More was the sense of tales needing to be shared, or at least ideas scribbled into notebooks. At the age of thirty, I moved, with my husband and three young children, from America to England, and it was in Yorkshire where I participated in my first National Novel Writing Month, to which I owe kudos for the kick in the keister. Starting my first novel via NaNoWriMo, in Britain no less, I set aside all the rules I had previously associated with writing, and since 2006, I haven't stopped noveling.
Why does self-publishing suits your needs?
I've published with a small press, but I prefer independent, or indie, publishing for retaining control over my work, and for the freedom to write what I want. Right now I'm working on a novel about an artist who turns into a hawk. Yet the plot isn't about a super hero, and it's set in the early 1960s, although it's not a historical romance, containing more than a touch of magical realism. How would that story be viewed by agents anxious to plug novels into easily discernible slots? Plus, I don't charge for my ebooks, and Smashwords kindly lets me upload my stories without charge. I don't think an agent or publishing house would look so generously upon my approach.
Read more of this interview. 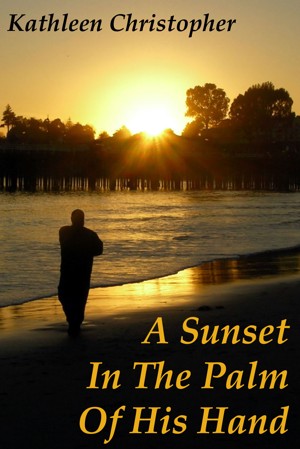 A Sunset In The Palm Of His Hand by Kathleen Christopher
Price: Free! Words: 21,500. Language: English. Published: October 17, 2013. Categories: Fiction » Literature » Literary
To save their relationship, Dave Schilling agrees to his girlfriend Ali Messinger’s shocking but earnest request. But surprises abound as Ali’s needs spur changes in her boyfriend’s heart, forcing Dave to seek the truth about love and himself. 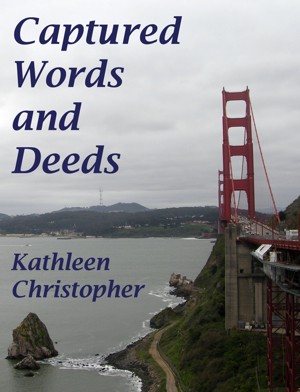 You have subscribed to alerts for Kathleen Christopher.

You have been added to Kathleen Christopher's favorite list.

You can also sign-up to receive email notifications whenever Kathleen Christopher releases a new book.