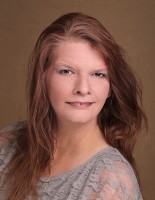 Kathryn Loch is an award winning author and has been active in the publishing community since 1996. She has held offices such as president and treasurer in her local writer's guild.

The guild hosts an annual writers conference bringing in respected NY editors, agents and published authors to educate, network, and inform. She published her first novel, Primal Entities: Chaos, a medieval fantasy romance, in 2001 and is now exploring the market with e-books. She was also fortunate to attend a monthly critique group for over a year with the late Rita Gallagher (co-founder of Romance Writers of America).

She has teamed up with Historical Editorial owner, Jenny Quinlan, to assist with developmental and copy-editing for the past year and notes her writing has taken a huge leap forward!

Kathryn's growing popularity as an indie romance author has resulted in reaching Amazon's Top Ten Author rankings in the romance genre several times during the past two years, and sales rankings are still climbing.

If you would like to meet Kathryn in person, stop by her Facebook author page, blog (www.kathryn-loch.com), or website (www.kathrynloch.net) and watch for announcements of appearances and book signings. She is also available for speaking engagements and workshops.

Where to find Kathryn Loch online

The Dragon Wars by Kathryn Loch
Beginning with Spirit of Dragons, The Dragon Wars is a fantasy romance that presents the dragons and history in a unique light. 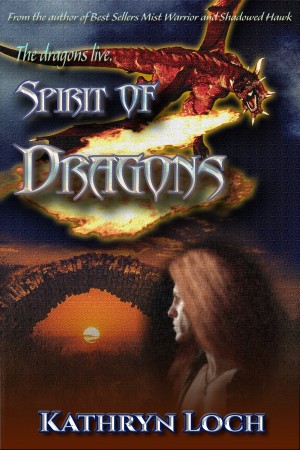 Spirit of Dragons by Kathryn Loch
Series: The Dragon Wars. Price: $0.99 USD. Words: 146,630. Language: English. Published: January 29, 2015. Categories: Fiction » Romance » Time travel, Fiction » Fantasy » Historical
We learn at a very young age that dragons never existed. Why, then, are they so prevalent in literature, myth, and legend? This is the story of the Kindred. 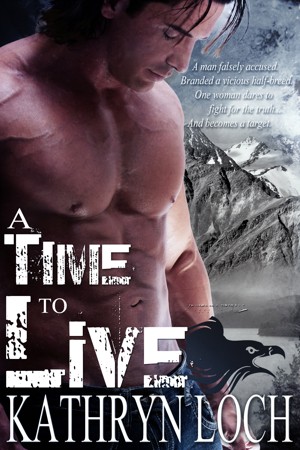 A Time to Live by Kathryn Loch
Price: $0.99 USD. Words: 82,060. Language: English. Published: March 21, 2013. Categories: Fiction » Romance » Contemporary, Fiction » Romance » Suspense
When Nikki learns she has a terminal illness, she moves to a place where she has always wanted to live, Shadow Mountain, Colorado. Here she can live out the remainder of her days with dignity. But the small town has its own secrets. A serial killer terrorizes the community and Nikki's arrival places her directly in the murderer's path.

You have subscribed to alerts for Kathryn Loch.

You have been added to Kathryn Loch's favorite list.

You can also sign-up to receive email notifications whenever Kathryn Loch releases a new book.