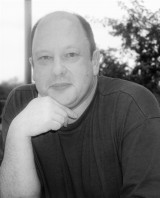 Kevin Cowdall was born in 1959 in Liverpool, England; where he still lives and works.

Kevin developed an interest in writing at an early age and his first published poem appeared, appropriately, in the influential publication, First Time. Three small press collections followed; 'The Reflective Image' (1984), 'Monochrome Leaves' (1985) and 'A Walk in the Park' (1990). In all, over 150 poems have been published in magazines, journals and anthologies, and on web sites, in the UK, Australia, Canada, the USA and across Europe, and have also been broadcast on local and regional BBC Radio. In 1986, The Writers’ Rostrum produced 'The Best of Kevin Cowdall', which was awarded a best collection prize at the 1987 National Small Press and Poetry Convention. He has now collated a number of poems from these, along with several newer poems, in to a collection, 'Assorted Bric-a-brac', which is available from the Kindle Store on Amazon.

A number of Kevin’s short stories have been published in UK magazines, journals and anthologies and he has edited nine of these in to a collection, 'The Ophelia Garden'. He has also completed his first play, 'Sometimes', a children's novel, 'The Dinsdale Fox', and, most recently, a full-length novel, 'Cosgrove’s Sketches', about the life of an Edwardian Liverpool artist.

Kevin was encouraged by Warren Adler ('War of the Roses', 'Random Hearts') to release his story, 'Paper Gods and Iron Men', on Kindle, and it has received a number of excellent reviews.

In his spare time, Kevin is an avid reader, enjoys live and recorded music (predominantly classical, opera, jazz and blues), theatre- and cinema-going, dining out and travelling widely.

What do you read for pleasure?
Literary fiction (classics and contemporary), auto / biography.
What is your e-reading device of choice?
Kindle.
Read more of this interview.

Where to find Kevin Cowdall online 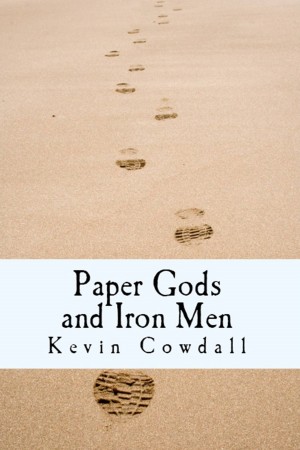 Paper Gods and Iron Men by Kevin Cowdall
Price: $2.99 USD. Words: 36,140. Language: British English. Published: May 24, 2016. Categories: Fiction » Adventure » War & military adventure, Fiction » Historical » United Kingdom
Set in the North Africa Campaign of World War II, the novella Paper Gods and Iron Men is a story of endurance and survival, of ordinary people in extraordinary situations. Published with the short story, Flanagan's Mule, which shares the theme of personal determination and resolve, and which is set in a South-American mining community in the 1950s.

You have subscribed to alerts for Kevin Cowdall.

You have been added to Kevin Cowdall's favorite list.

You can also sign-up to receive email notifications whenever Kevin Cowdall releases a new book.