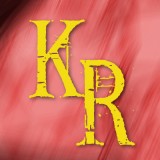 Kedrick Rue was named after the street where he was born. Most of his work has been published surreptitiously in very small editions. The books in the Twin Series Cities are the first available to a wider public at large.

If you enjoy attempts at humor, the books of Neil Gaiman and Terry Pratchett, and wombats, chances are you'll enjoy this.

Where did you grow up, and how did this influence your writing?
I grew up in Laurel Canyon. My father worked at Lookout Mountain Studios, and I still own the house, whose location I shall not disclose, and which I call the Rectory. There were folkies, and hippies, and Satanists running through the woods at the time, along with children. Joni Mitchell sang songs from her terrace not that far from my house, in preference to having to make conversation, while John Philips of the Mamas and the Papas chased groupies through the caves hollowed out in the bedrock below his room.

One morning I came outside to find a number of tiny people with flowers gathered in the garden. At the time, this didn't seem strange, as I would regularly come upon one of Frank Zappa's G.T.O.'s dressed as a butterfly, or a wandering itinerant who appeared to be homeless but who nevertheless had numerous expensive silk scarves draped around his neck. But these people were different. They were fairies, or pixies, or whatever you want to call them. They were tiny, and seemingly made of light, and they were all gathered around a tiny puddle where a toad presided, staring solemnly at the two who appeared to be their King and Queen, draped as they were in flower petals and cobwebs.
What's the story behind your latest book?
My newest book is the second in the "Sirens" series, in which our semi-abstinent vampire, Charles, is accosted by a woman claiming to be his former wife and saddled with both a hairy Swedish vampire toady and a young girl who looks an awful lot like his daughter but whom he suspects is something else entirely. It's a mostly self-contained novel in the "Twin Cities Series" with my fellow authors Drew Avera, J.B. Cameron, and Theresa Snyder, but also enlarges and expands on the world of the Realms. As the second book in the series, perhaps it goes without saying that things don't end well. But there's a tiny note of hope amid the smoke and rubble.
Read more of this interview. 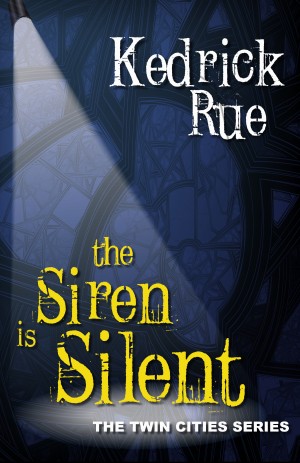 In the topsy-turvy world of the Realms, who is a semi-abstinent vampire to trust? When Charles, a bloodsucker with only one victim to his name, is accosted by a homeless junkie claiming to be his wife, she calls into question all sorts of assumptions about his past. Things only get murkier when the Raven entrusts Charles with a precious asset: a young girl who claims to be Charles's daughter. 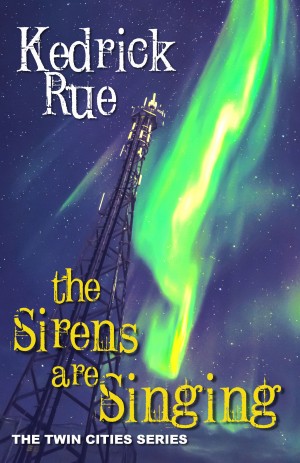 Malefic giants, baleful specters, hideous were-jaguars. A parade of vile abominations. Ho-hum. As guardian at the gate to the Realms, Charles has seen it all. But his growing feelings for Lindsay the waitress at a run-down Twin Cities diner are making it hard to resist certain long-suppressed urges. Vampiric urges. Maybe love is the real abomination.

You have subscribed to alerts for Kedrick Rue.

You have been added to Kedrick Rue's favorite list.

You can also sign-up to receive email notifications whenever Kedrick Rue releases a new book.