Daryl Keith Middlebrook credits a vivid imagination as the reason he survived the treacherous streets of Detroit, Michigan. To escape the insanity that surrounded him, he often escaped into the pages of his first love, comic books. However, by his teenage years, he was very cognizant of the fact that none of these heroes looked like him, or lived in a neighborhood like the Motor City's predominantly black and poor east side. Dipping into that imagination, Daryl created and drew his own line of African-American superheroes to fill the void at least for him left by Marvel and DC.

As an adult, Daryl's reading interest evolved from comics to stories of the African-American struggle. Authors such as Ralph Ellison, James Baldwin, Robert Beck and Donald Goines articulated the pain, anger, love and hope of America's black sub-culture in a way that Daryl could definitely identify.

After serving in the military, Daryl relocated to Los Angeles to pursue a writing career. He graduated from the Los Angeles Film School, where he wrote and directed his thesis film, The Amazing Laylynn Thomas, which deals with a young girl with autism. Daryl also produced and wrote the documentary The Making of Falling Like Dominoes, showcasing the struggles indie filmmakers encounter raising money for projects.

Looking to fine tune his writing, Daryl enrolled in Full Sail University, where he will earn a BFA in Creative Writing, with a focus on screenwriting. It was during his time at Full Sail that Daryl wrote his first novel, The Urban Griot. 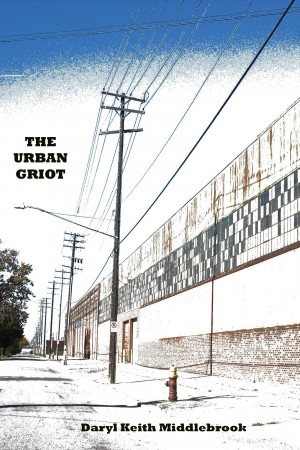 The Urban Griot by Daryl Keith Middlebrook
Price: $4.99 USD. Words: 10,410. Language: English. Published: April 24, 2016. Categories: Fiction » African American fiction » Urban life
In West Africa, the Griot (pronounced gre-o) was the village storyteller and poet. It was his duty to be the voice of the people, the one who kept the spirit of the long-gone elders alive. The Urban Griot takes up that mantle thousands of miles from the Motherland. This is a compilation of short stories, flash fiction and poems dealing with the lives of the African diaspora in the U.S.

You have subscribed to alerts for Daryl Keith Middlebrook.

You have been added to Daryl Keith Middlebrook's favorite list.

You can also sign-up to receive email notifications whenever Daryl Keith Middlebrook releases a new book.