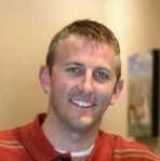 I had been a police officer with the Grand Rapids Police Department for 17 years and am currently a security manager in the private sector. Witness Tamping is based upon my tenure as a detective on the Family Services Team from 2004 to 2014. Although the characters in that book are fictional, cases in the book are based upon my years of experience investigating sexual assaults, child abuse, and domestic violence. The rest of my books come from my connection to West Michigan and my family's travels out of the country, as well as my deep understanding of people arising out of my years as an investigator.

Do you remember the first story you ever wrote?
I wrote a lengthy 120,000 word history book. I tried this crazy fiction approach by having two fictional characters get into a discussion about world history from 10,000 BC until the present. The one character was a high school psychology teacher who was teaching history for the first time and was trying to prepare last minute before the school season. His best friend, a cop, stopped over to hang out since their families were both away for the weekend.

The teacher at first declined due to his time line, but then asked if his buddy would hang out while he went through the history. As the book continued, the cop became more and more engrossed into the content.

It was a horrible, horrible book. Test readers either wanted more in depth history, or no history. It was like the story of the two friends was constantly interrupted by history lessons, or that the history was not detailed enough and ruined it for anybody who was had any interest in history.

My attempt at making history easy turned into a literary mess. However, I kept all the research material and actually used a great deal of it for The Nordic Historian.
What is your writing process?
It varies from book to book. For example, I had a serious plot chart developed for Witness Tampering in order to keep the plot organized. In contrast, I literally typed The Nordic Historian up from start to finish with almost no notes aside from character descriptions.
Read more of this interview.

Where to find Pete Kemme online 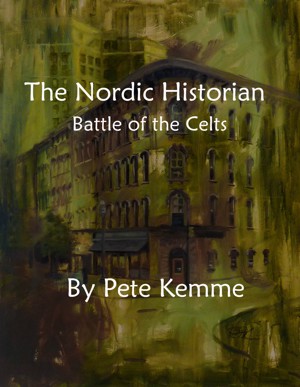 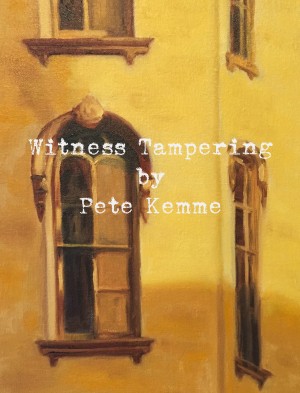 You have subscribed to alerts for Pete Kemme.

You have been added to Pete Kemme's favorite list.

You can also sign-up to receive email notifications whenever Pete Kemme releases a new book.