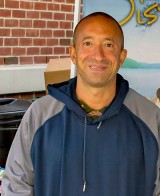 Born in 1973 in Rhode Island, Adam Wasserman studied computer science at the Johns Hopkins University. However, writing remains his passion. Most of his work is composed during the winter months in Amsterdam. In the summer, he returns to Rhode Island to swim at the beach and sell his books at farmers' markets and large conventions such as ComiCon. He gets a great deal of enjoyment engaging directly with readers.

Where did you grow up, and how did this influence your writing?
I grew up during the 1980's in suburban Rhode Island in a well-to-do Jewish family. My parents meant well, of course, but I couldn't stand the stilted, middle-class stranglehold over our lives. As Billy Connolly once observed, the poor and the rich have the luxury of being themselves, but it's the middle-class that has wholeheartedly embraced empty consumerism.

So my early writing is marked by anger and resentment against this way of life. Later on, the rebellion faded somewhat from my writing, as that battle in my personal life had been won. But there are still strong themes of power in my work. Whether it comes from those days I can't say.
Who are your favorite authors?
John Irving, Philip K Dick, Douglas Adams, Marcus Aurelius. My favorite novel is The World According to Garp.
Read more of this interview.

Where to find Adam Wasserman online

The Bunker by Adam Wasserman

Thank You For Your Cooperation
Price: $2.99 USD. 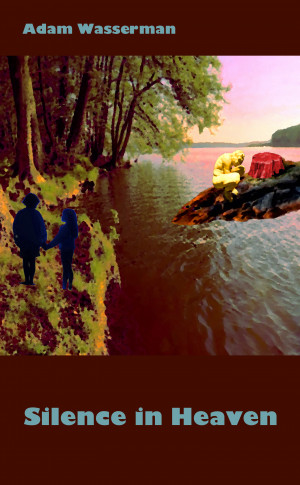 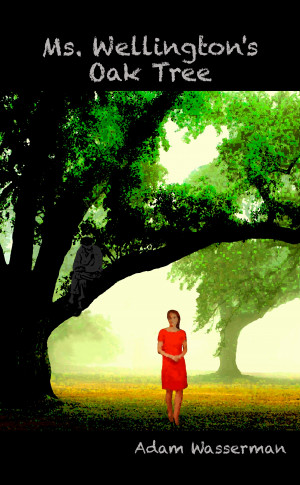 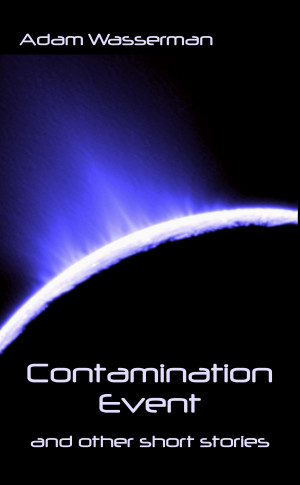 Contamination Event (Short Story #1) by Adam Wasserman
Price: Free! Words: 8,980. Language: English. Published: March 29, 2017. Categories: Fiction » Science fiction » Hard sci-fi
The planet Zarmina is an object of scientific research with its curious life forms and vast planetary ocean. But when amateurs from Earth arrive looking for fun and entertainment, the situation turns volatile. Contamination Event is the first in a collection of related hard science fiction short stories detailing the wonders and perils of the cosmos. 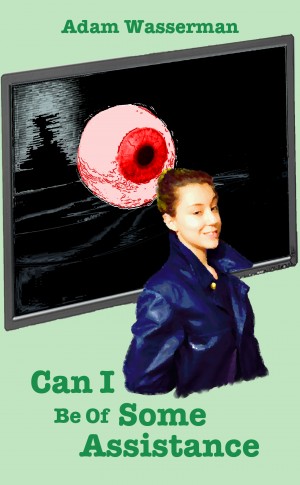 Can I Be Of Some Assistance by Adam Wasserman
Series: The Bunker, Book 3. Price: $3.99 USD. Words: 94,400. Language: English. Published: September 30, 2016. Categories: Fiction » Science fiction » Apocalyptic, Fiction » Humor & comedy » Satire
Welcome (back again) to the Bunker, an orderly, underground utopia where everyone's needs have been satisfied. 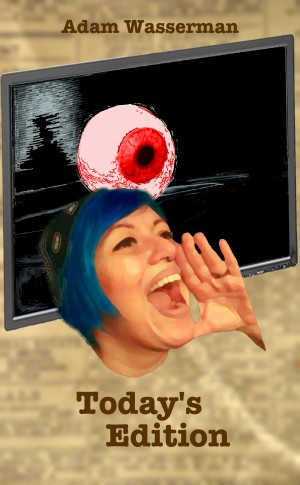 Today's Edition by Adam Wasserman
Series: The Bunker. Price: Free! Words: 38,180. Language: English. Published: March 26, 2016. Categories: Fiction » Science fiction » Apocalyptic, Fiction » Humor & comedy » Satire
Greetings, citizen, and welcome to the Bunker! An underground, egalitarian dreamland, its people work diligently, eat slop, and watch the tube. Traitors are bent on destroying this heavenly utopia. Fortunately, Control has instituted a regime of security clearances to promote the most trustworthy and enlist their aid against the rising terrorist threat. There's absolutely nothing to worry about. 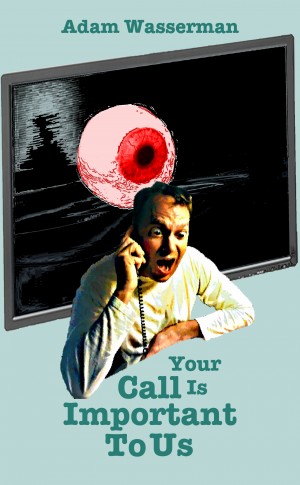 Your Call Is Important To Us by Adam Wasserman
Series: The Bunker, Book 2. Price: $3.99 USD. Words: 83,380. Language: English. Published: May 30, 2014. Categories: Fiction » Science fiction » Adventure, Fiction » Humor & comedy » Black comedy
Barney Max is a trustworthy citizen with an impeccable record of achievement. But one daystretch on his way to Mars for an interplanetary conference, he finds himself added to the Thousand Most Wanted List. Deprived of his daily comforts, he is forced to confront a reality he has struggled his whole life to deny. The second in the Bunker series of sci-fi adventure novels. 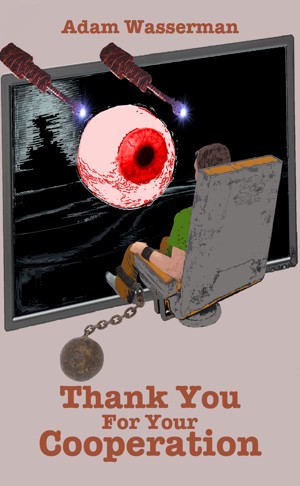 Thank You For Your Cooperation by Adam Wasserman
Series: The Bunker, Book 1. Price: $2.99 USD. Words: 79,820. Language: English. Published: November 16, 2011. Categories: Fiction » Science fiction » Adventure, Fiction » Humor & comedy » General
As far back as he can remember, Terry Renfield has been digging up uranium ore in the mines and getting into the occasional drunken brawl. Until one daystretch on the Loyalty Stretch, he and the rest of the Bunker see someone who looks eerily like himself commit a heinous act of treason. The first in the Bunker series of sci-fi adventure novels. 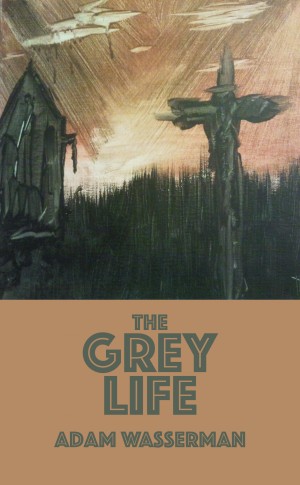 The Grey Life by Adam Wasserman
Price: $3.99 USD. Words: 129,240. Language: English. Published: August 4, 2010. Categories: Fiction » Plays & Screenplays » American, Fiction » Biographical
David Berkowitz attends the Johns Hopkins University in 1991 where he gets mixed up in drugs and insanity. Combined with a violent home life, David can't quite cope with his experiences. Later on, as the world crumbles around him, he remains curiously unaffected. For he is still held in thrall by the events that occurred in that short time - and the girl he loved and lost. 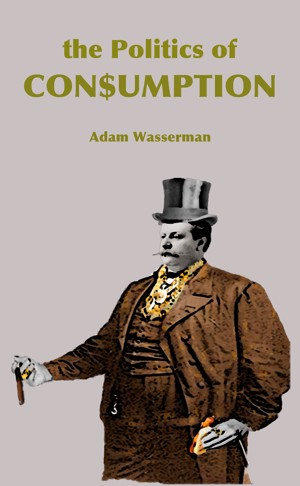 The Politics of Consumption by Adam Wasserman
Price: $2.99 USD. Words: 27,600. Language: English. Published: August 4, 2010. Categories: Fiction » Business, Fiction » Humor & comedy » Satire
Imagine a world where the outcome of political debate is arranged beforehand. Imagine a world where we are too busy working to care. Imagine a world where we get to feel good about ourselves. A farcical depiction of the struggles between the world's power brokers: the Holy Man and the Politician, and later on the Capitalist and Communist as well. They must eventually come to an end... 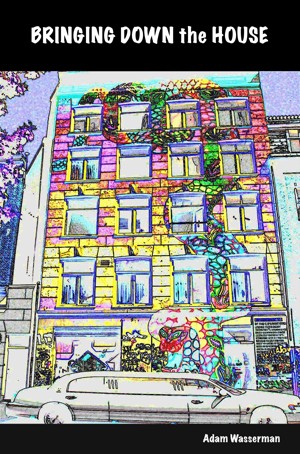 Bringing Down the House by Adam Wasserman
Price: $0.99 USD. Words: 25,920. Language: English. Published: August 4, 2010. Categories: Screenplays » Comedy, Fiction » Humor & comedy » General
The mayor against a bunch of squatters! They are planning to make a big bust and run, but he's on to them. Or is he? Meet the squatters: Clemens, Paz, Ivo, and Emile. They smoke too much and watch too much TV. Meet the city's eccentric mayor, Vladimir. He's convinced they are his ticket to promotion, and it's up to his lackey, Cramer, to try and convince him otherwise. Enjoy the play! 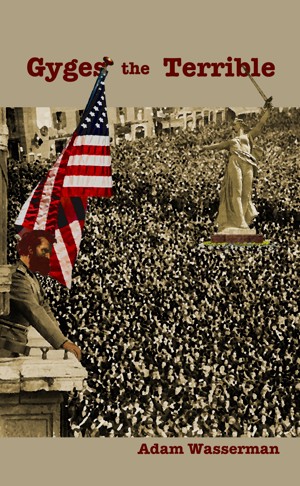 Gyges the Terrible by Adam Wasserman
Price: $3.99 USD. Words: 162,200. Language: English. Published: August 4, 2010. Categories: Fiction » Visionary & metaphysical, Fiction » Science fiction » Utopias & dystopias
What would you be like if you could do anything you wanted and feared no punishment?

You have subscribed to alerts for Adam Wasserman.

You have been added to Adam Wasserman's favorite list.

You can also sign-up to receive email notifications whenever Adam Wasserman releases a new book.