Kevin J. O’Conner is not your typical poet.

After 30 years of writing only sporadically, Kevin J. O’Conner returned to poetry in 2013—first as a creative exercise, then for the therapeutic benefits. Since 2015, he writes every day, exploring the craft of poetry through monthly writing challenges—‘my ongoing effort to write something that doesn’t sound like something I would write’, he says. Kevin’s poems explore isolation, memory, life’s small moments, and the experience of starting over at ‘a certain age’—always with an emphasis on straightforward expression.

To date, Kevin has published eleven poetry collections, the latest of which is WISHES SOMETIMES HAVE CONSEQUENCES (available only in print so far). His poems have also appeared in Raven Chronicles, Spindrift, The CDC Poetry Project, Lament for the Dead, and three editions of THE POETRY MARATHON ANTHOLOGY, the anthology VOICES THAT MATTER, and as part of the Clay? VI (2016) exhibit at Kirkland Arts Center.

In the midst of the pandemic, when not writing poetry, Kevin can be found copy-editing documents from far-flung places, attending the occasional online open-mic reading, catching up on favorite movies, and contemplating variations on his personal menu so that he doesn't get tired of the things he likes to cook. He lives in Bellingham.

What's the story behind your latest book?
THE LILAC YEARS was nearly two years in the making.

The title originated in a blog post about working titles, in which I offered the opinion that they are usually more interesting than the titles that ultimately get chosen. I suggested that I could call my next book FRED: THE LILAC YEARS. As it turned out, by the time I began compiling the poems for that next book, I had several poems that fit with the themes of love and romance associated with lilacs. Although I dropped "Fred", I kept THE LILAC YEARS.

THE LILAC YEARS incorporates poems from two would-be collections, THE OSTENSIBLE SLOTH OF DISTRESS and EKPHRASIS À GOGO, that were submitted to competitions but not chosen. This gave me more to choose from in compiling the book, while also allowing me some distance from the material, which made it much easier to edit and revise as needed..

In its finished form, the book contains five sections:
• The Lilac Years
The 'love and romance' section, as such.

• I Don't Need Video of the Grand Canyon to Have an Existential Crisis
Themes of depression and isolation.

• The Little Moments
Scenarios and little moments, real and imagined.

• Ars Poetica and Other Tales
Poems about poetry and writing.

For a while, the book contained a sixth section, Dystopia Now, that dealt with current events and topical themes. I decided that these poems didn't belong in this collection; their inclusion disrupted the intended flow of the book, so I cut the section altogether.

Almost two years in the making, THE LILAC YEARS is Kevin J. O’Conner’s eleventh collection of poems. The book’s five sections explore the venerable themes of love and loss, the difficulties of living with isolation and depression, the little moments of life, the images and thoughts that art brings to the surface, and musings about poetry itself. The Lilac Years is a world of (among other things) trains, music, shadows, silence, memory, weather, trees, crows (dead and alive), ghosts, penguins at the Ueno Park Zoo, neon-marker hallucinations, Vasilina Orlova, Jean Cocteau, and Harvey Keitel.

8: EIGHT-WORD POEMS came out of a late choice of writing challenge for the month of August 2017. I hadn't come up with a new challenge by the time August 1st came around, so I figured that I'd write eight-word poems, since August is the 8th month of the year. Plus, I like the idea of trying to be as concise as possible.

It was not unusual for me to write several eight-word poems in a sitting; by the time I'd finished, I had 691 poems. When I read some of them at open-mics, people seemed to get quite a kick out of them—I am more apt to employ humor when I write shorter poems—so I thought I'd go ahead and publish all of them in one book, rather than sprinkling a few of them here and there in the next book. Their short length makes them more approachable, and the fact that they're numbered makes it possible to make sort of a game out of reading them—call out a number, read the corresponding poem.

The cover art came together very quickly as well. Usually, I create several drafts before I find the one that best matches the contents of the book. This time, I got the basic design in just one draft.

I look at 8: EIGHT-WORD POEMS as a compact introduction to my work.

(13 October 2017)
What is your writing process?
My process combines monthly writing challenges with writing every day (or as close to it as possible). I get initial feedback by posting each day’s best (or least horrible) poem to my blog, and reading new poems at open-mic events. (At last count, I regularly attend seven open-mics in the Seattle area every month.)

These monthly writing challenges are a way to make myself write things that don't necessarily sound like something I would write, by trying out forms and subjects I would otherwise not consider if simply left to my own devices. Along the way, I try to remain open to one-off challenges, such as the annual Poetry Marathon, workshops, and other opportunities.

The only real downside to this approach is that it disqualifies my work from being considered by most journals, leaving self-publishing as my main avenue for getting my poems into print. (On the other hand, most journals charge reading/submission fees, so it does save me from having to spend a lot of money trying to get my poems published.) 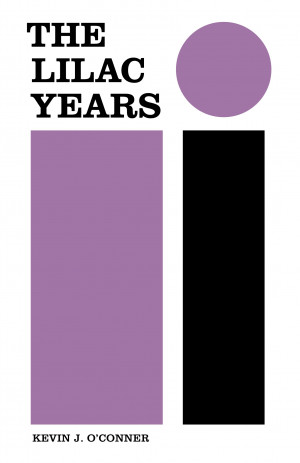 The Lilac Years by Kevin J. O'Conner
Price: $4.99 USD. Words: 12,710. Language: English. Published: April 30, 2018. Categories: Poetry » American poetry » General, Poetry » Contemporary Poetry
Kevin J. O'Conner's eleventh collection of poems explores the venerable themes of love and loss, the difficulties of living with isolation and depression, the little moments of life, the images and thoughts that art brings to the surface, and musings about poetry itself. 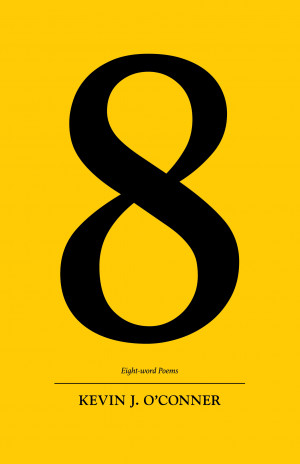 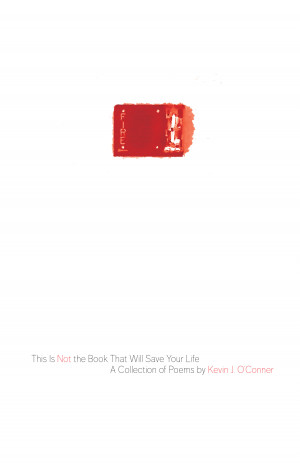 This Is Not the Book That Will Save Your Life by Kevin J. O'Conner
Price: $4.99 USD. Words: 11,260. Language: English. Published: April 21, 2017. Categories: Poetry » American poetry » General, Poetry » Contemporary Poetry
The ninth collection of poetry by Kevin J. O'Conner explores the worlds of blitz and Pi-Archimedes poems, dips further into ekphrastic poems, and covers a variety of subjects, ranging from hats to cats and the state of the world. 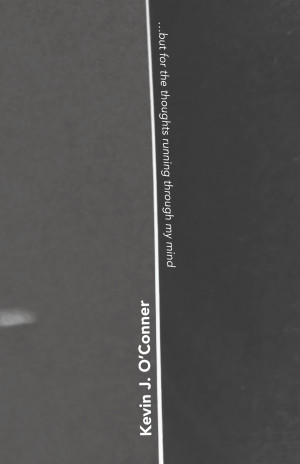 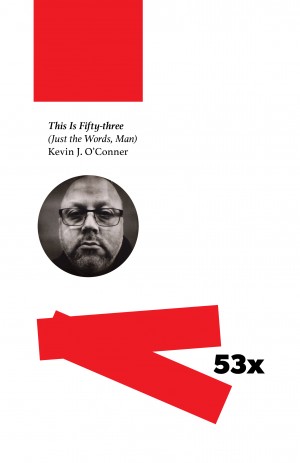 This Is Fifty-three by Kevin J. O'Conner
Price: $4.99 USD. Words: 14,440. Language: English. Published: September 23, 2016. Categories: Poetry » American poetry » General, Poetry » Contemporary Poetry
THIS IS FIFTY-THREE is Kevin J. O’Conner’s seventh collection of poems—and his most ambitious to date. This is not your typical poetry collection; it is an exploration of living with uncertainty at a time when we’d expect most of life’s big questions to have been already answered. 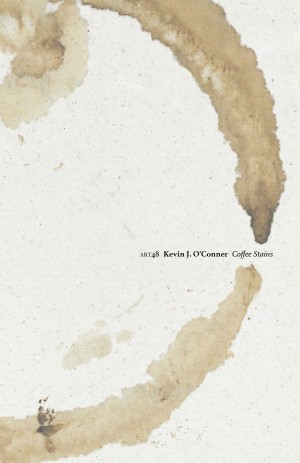 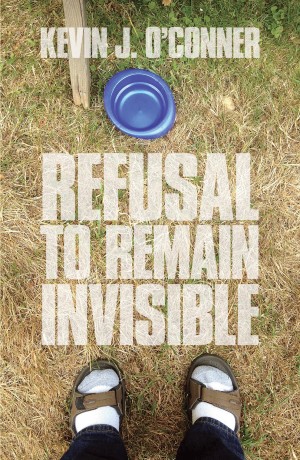 Refusal to Remain Invisible by Kevin J. O'Conner
Price: $3.99 USD. Words: 5,340. Language: English. Published: September 26, 2015. Categories: Poetry » Contemporary Poetry, Poetry » American poetry » General
REFUSAL TO REMAIN INVISIBLE is the fifth collection of poems by Kevin J. O'Conner. A recurring theme in this collection is the struggle to be seen and heard when the world renders people invisible—something we are seeing a lot of in 2015. The poems address personal struggles of identity, current events, small moments in everyday life, memory, time, and mortality. There is also one cat poem. 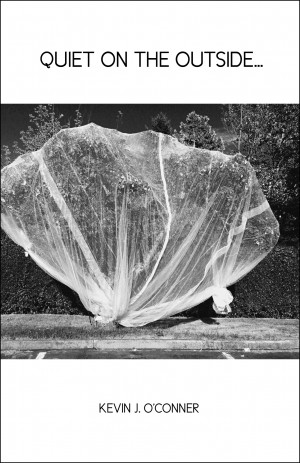 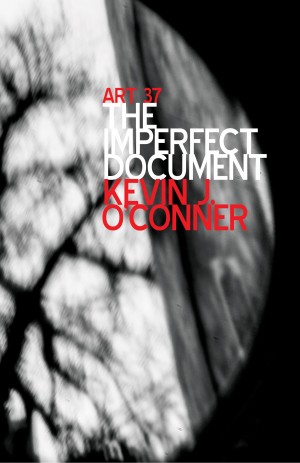 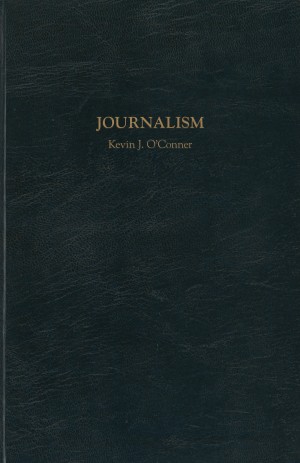 Journalism by Kevin J. O'Conner
Price: $3.99 USD. Words: 4,780. Language: English. Published: September 30, 2014. Categories: Poetry » Contemporary Poetry
Journalism is the second collection of poems by Kevin J. O'Conner. Illustrated by sketches from the author's personal journals, the poems in Journalism explore a variety of themes—among them weird dreams, peaceful vignettes, commentary, and the occasional bit of humor. Poetry for people who don't like poetry. 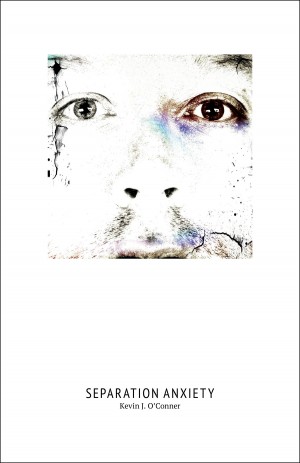 You have subscribed to Smashwords Alerts new release notifications for Kevin J. O'Conner.

You have been added to Kevin J. O'Conner's favorite list.

You can also sign-up to receive email notifications whenever Kevin J. O'Conner releases a new book.