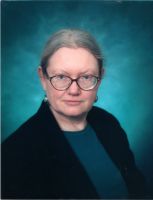 I’ve been learning to write fiction since I was a child. In the 1990’s, I sold stories to Robert Bloch for his anthologies, PSYCHO-PATHS and MONSTERS AMONG US. My novel, GETTING BY, will be available at Smashwords™ on 9/20/13; it's already available for pre-order. My short story, MINOR MIRACLES (about 5,000 words) is available free of charge. Currently, I am working on a historical novel set in England in 1740.

I’ve been a paralegal, a security officer and several other things, all of which provided background for GETTING BY. I lived in Seattle, the scene of most of the action, for many years, in New Mexico for several years, and have done home renovation in both. I read mysteries, some fantasy, Georgette Heyer romances, and books about the history of the Southwest. I like cooking. I’m also interested in medieval, Renaissance, and vintage clothing, and old stuff generally.

In addition to my Smashwords story, Minor Miracles and my novel, Getting By, my first romance novel, An Unsuitable Duchess, set in England in 1740, was released by The Wild Rose Press in May, 2017.

What's the story behind your latest book?
Everything I write grows out of a collision of facts, memories and observations. Something I’ve read in a newspaper, a friend’s anecdote, and something I’ve seen may come together to form the basis for a story. In GETTING BY, the seed began with a news article about a young child being sent to the grocery late at night, a letter in the Ann Landers column that haunted me for years and a story about hungry children. What I can't tell you is how those three things combined to form the story.
What motivated you to become an indie author?
I finished GETTING BY several years ago and set out to find an agent. The first two took six months each to get around to telling me they weren't interested; one of them I had to query because she'd forgotten she had it. After that, I figured out that multiple simultaneous submissions were necessary. The next couple of dozen were also not interested. Apparently, if it's not by a known author, or is not about zombies, teenage vampires or vast international conspiracies, it's too risky to take on. After letting it sit for another year or eighteen months, a friend mentioned that his instructor published on Smashwords™. It took me a few more months to overcome my reluctance to try it. I finally decided that I had nothing to lose. I've come to feel that it's better that a book should have the chance to fail because readers don't like it, rather than never get a chance because agents or publishers think it's not commercial enough to bother with.
Read more of this interview.

Where to find Kathleen Buckley online 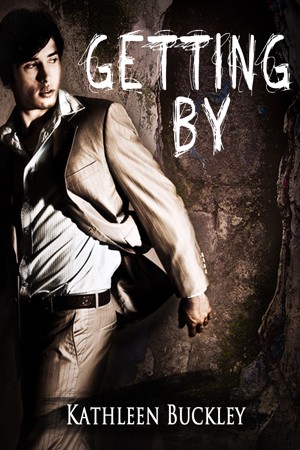 Getting By by Kathleen Buckley
Price: $3.99 USD. Words: 110,640. Language: English. Published: September 2, 2013. Categories: Fiction » Coming of age
John, dumpster-diving adolescent loner—and proud of it!—, is appalled when his mother comes home with a baby girl but no formula or diapers. With the help of the only two adults he trusts, John raises his sister, defies his ruthless grandfather, conceals his own inner wolf, goes to school, makes money, inherits money, and fears change. Will he try to embrace it?—and Alexandra, his only friend? 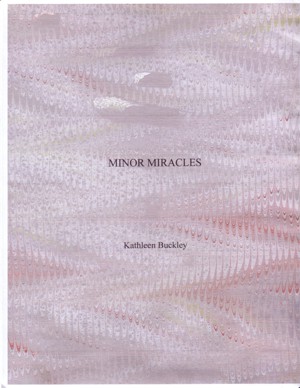 Minor Miracles by Kathleen Buckley
Price: $0.99 USD. Words: 5,090. Language: English. Published: August 11, 2013. Categories: Fiction » Literature » Literary, Fiction » Women's fiction » General
If you’re a financially successful single mother but don’t know the name of your daughter’s teacher or that you have a cat; if you’re 40 and own a pith helmet and an Indiana Jones hat instead of stocks and bonds; if you can build a dollhouse but have trouble reading a bus schedule; if you talk to statues . . . maybe you need a minor miracle.

You have subscribed to alerts for Kathleen Buckley.

You have been added to Kathleen Buckley's favorite list.

You can also sign-up to receive email notifications whenever Kathleen Buckley releases a new book.