Kimberly Cooper Griffin is a technical program manger by day and a romance novelist by night. Born in San Diego, California, Kimberly joined the Air Force, travelled the world, and eventually settled down in Denver Colorado, where she lives with her wife, the youngest of her three daughters, and a menagerie of dogs and cats. When Kimberly isn’t working or writing, she enjoys a variety of interests, but at the core of all of it all, she has an insatiable desire to connect with people and experience life to its fullest. Every moment is collected and archived into memory, a candidate for being woven into the fabric of the tales she tells.

Her novels explore the complexities of building relationships and finding balance when life has a tendency to get in the way. Her current novel, Life in High Def, demonstrates the power of forgiveness through the difficulties of life in the public spotlight, bad decisions that alter lives, and the soul-cleansing discovery of new love. Although the setting is in glamorous Hollywood, California, readers can relate to the struggles and insecurities of the very real women characters that come to life in this book.

Kimberly is currently working on her second novel, Chasing Mercury, a story about two very different women, brought together in the remote wilderness of Alaska, where they begin the struggle to understand who they are in order to figure out who they can become. 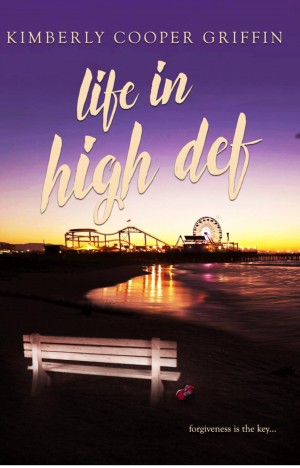 Life in High Def by Kimberly Cooper Griffin
Price: $3.99 USD. Words: 132,420. Language: English. Published: June 1, 2016 by Night River Press. Categories: Fiction » Gay & lesbian fiction » Lesbian
Academy Award winning actress Reilly Ransome has a life that others can only dream about: fame that opens every door, more money than she can ever spend, and freedom to do what (and whom) she pleases. But something is missing, and the harder she seeks to find it, the more evident the absence becomes. She attempts to fill the gap with behavior that becomes increasingly dangerous.

You have subscribed to alerts for Kimberly Cooper Griffin.

You have been added to Kimberly Cooper Griffin's favorite list.

You can also sign-up to receive email notifications whenever Kimberly Cooper Griffin releases a new book.