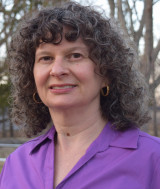 Kim Rendfeld has a lifelong fascination with fairy tales and legends, which set her on her quest to write "The Cross and the Dragon" and its companion, "The Ashes of Heaven's Pillar." She grew up in New Jersey and attended Indiana University, where she earned a bachelor's degree in journalism and English, with a minor in French. If it weren't for feminism, she would be one of those junior high English teachers scaring the bejesus out of her students, correcting grammar to the point of obnoxiousness. Instead, her career has been in journalism, public relations, and fiction.

Kim was a journalist for almost twenty years at Indiana newspapers and won several awards from the Hoosier State Press Association. Her career changed in 2007, when she joined the marketing and communications team at Ball State University in Muncie, Indiana. She is proud to have been part of projects that have received national recognition.

She lives in Indiana with her husband, Randy, and their spoiled cat. She and Randy have a daughter and four grandchildren.

Kim opines about the craft of writing and history at her blog, Outtakes of a Historical Novelist, at kimrendfeld.wordpress.com, and she is a contributor to the blogs Unusual Historicals (unusualhistoricals.blogspot.com) and English Historical Fiction Authors (englishhistoryauthors.blogspot.com).

How did you get interested in historical fiction?
I’ve never outgrown my fascination with fairy tales and legends, but I blame one story in particular. During a family vacation to Germany in the late 1990s, we learned about the supposed origin of Rolandsbogen, an ivy covered arch, a remnant of a Rhineland castle. To avoid introducing a spoiler for those who’ve yet to read “The Cross and the Dragon,” I won’t say too much other than that it’s a variant of the Roland legends and involves lovers separated by a lie.

The story and the questions it raised followed me home across the ocean and refused to let me go. I had to sit at my computer and start writing. Never mind that I knew little about the Middle Ages and had only heard of Charlemagne in middle school.
I also had to work though misconceptions. For instance, early medieval people actually did bathe, and they thought it was healthy. Aristocrats took a bath once a week. OK so not as often as 21st century Americans, but more frequently than I was taught in school. Because of the hassle involve in fetching water, the commoners might have bathed less often.

There were people who didn’t bathe at all, but it had nothing to do with perceptions of health. They were doing penance and denying themselves a pleasure, a similar concept to fasting.
How do you tackle research for early medieval times?
A challenge of this particular time period is that few people could read and even fewer could write. We do have primary sources, most of them in medieval Latin, which some kind souls have translated. There was no such thing objectivity. The authors of those sources bent the truth – sometimes a lot – or they omitted events that made the boss look bad. The surviving records of the disaster at Roncevaux in the Pyrenees – a pivotal event in my first novel – were written down years after Charlemagne died.

In general, those authors didn’t bother with describing what their contemporaries already knew. But there are clues, and daily life books such as “Daily Life in the World of Charlemagne” by Pierre Riche are a treasure. Academic books and papers also help keep things in perspective.

Still, I owe a lot to my friend the late Roberta Gellis, author of many novels set in the Middle Ages. In the early drafts of “Cross and Dragon,” my characters were too modern, 21st century people in period clothing. She enlightened me on many concepts of the medieval mind such as why a man would be close to his sister’s children. He knew for certain whose blood they carried. He had only his wife’s word and maybe the children’s resemblance to him that her children were his as well.

When writing from a character’s point of view, I don’t judge the early medieval culture by 21st century American standards. So that means women in my books accept that they will marry young and their fathers or other male relatives will arrange their marriages. But don’t think that early medieval women were passive little flowers waiting for a knight to rescue them. Women tried to influence the events around them and sometimes went to extremes. Charlemagne’s widowed sister-in-law crossed the Alps with her sons, both little boys, in an attempt to protect their rights – and her power as regent.
Read more of this interview.

Where to find Kim Rendfeld online 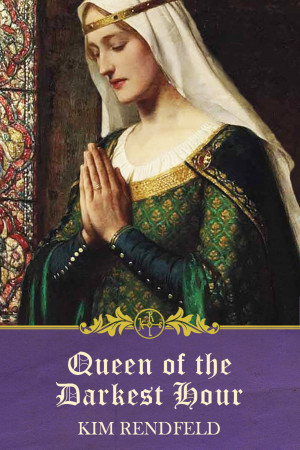 Queen of the Darkest Hour by Kim Rendfeld
Price: $5.99 USD. Words: 101,150. Language: English. Published: August 7, 2018. Categories: Fiction » Historical » Medieval, Fiction » Romance » Historical
Francia, 783: As wars loom, Queen Fastrada faces a peril within the castle walls: King Charles’s eldest son, Pepin. Blaming his father for the curse that twisted his spine, Pepin rejects a prize archbishopric and plots to seize the throne. Can Fastrada stop the conspiracy before it destroys the realm? Discover a story of family strife endangering an entire country—and the price to save it.

You have subscribed to alerts for Kim Rendfeld.

You have been added to Kim Rendfeld's favorite list.

You can also sign-up to receive email notifications whenever Kim Rendfeld releases a new book.