She is an avid reader of romance novels and loves movies. Whenever she has trouble sleeping, she puts in one of the Harry Potter movies and drops off right away. Don't get her started on the Twilight franchise, we beg you.

She currently lives in Mooresville, Indiana with her husband and their two cats, Zoe and Penelope Lane.

Harry of Crack is her first finished original fiction story. Currently she has over twenty-five works in progress on her hard drive and that number grows every day. Will she ever finish one? Only time will tell.

Where to find Kimberly Reece online 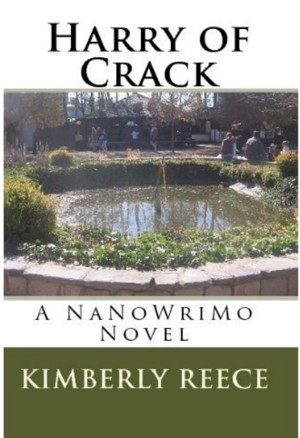 Harry of Crack by Kimberly Reece
Price: $0.99 USD. Words: 49,560. Language: English. Published: September 19, 2011. Categories: Fiction » Humor & comedy » General
Harry Noble had big plans for after graduating from university-plans that included his girlfriend, a job, a car that was more metal than rust-but life had other plans for him. Forced to return home to live in the small village of Crack-on-Vyrnwy in Wales, Harry's girlfriend won't return his calls, he can't find a job, and his car is dead. Harry needs to get his life in order now.

You have subscribed to alerts for Kimberly Reece.

You have been added to Kimberly Reece's favorite list.

You can also sign-up to receive email notifications whenever Kimberly Reece releases a new book.