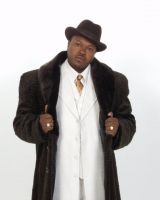 Richarh L. Tyson “AKA” Daddy Rich is an underground Gangsta Rapper from Marion, Indiana. In 1999 he was arrested for 6 counts of dealing cocaine. After posting a $100,000 bond he was released. After his release he recorded "Out on Bail" which became a local hood classic. Daddy Rich turned himself in August 22nd, 2000 to begin serving a 6 year sentence in the Indiana Department of Correction.

His album sold while he was incarcerated. In late 2002, due to time cuts and "good behavior" he was released. In order to help fund his dreams of becoming a rap star Daddy Rich became a licensed Realtor and continued to sell cocaine.

In late 2003, Daddy Rich caught felony criminal confinement, battery, and intimidation charges for holding the local task force's confidential informant captive. He was caught in the act and arrested.

After posting another $100,000 bond in April of 2004, Daddy Rich went straight to work recording new materials and negotiated a distribution deal with P.G.E out of West Palm Beach Florida to handle the distribution of his music in the U.S., Canada, and Japan. In early 2005 Daddy Rich released Daddy Rich vols. l and 2 statewide while awaiting the release of his untitled nationwide debut in October of 2005.

Sadly Daddy Rich never saw the nationwide release of his album because on August 18th 2005 he was set up by the drug task force. He was arrested and held without bail. An unfortunate turn of events led to Daddy Rich being compelled to represent himself at trial. Daddy Rich was convicted of possession of cocaine with intent to deliver and was sentenced to 30 years in the Indiana Department of Corrections. Daddy Rich was never charged with or tried for "Possession," he was charged and tried for selling cocaine. It is still a mystery how Daddy Rich, known to the government a Richarh L. Tyson was convicted of a crime he was never charged with.
His wife hired yet another attorney and he is still fighting his conviction and hopes to be released soon. Daddy Rich currently resides in the Correctional Industrial Facility in Pendleton, Indiana.
Unable to perform lyrically, Daddy Rich has turned to writing his own brand of Urban Fiction called “Gangsta-lit” in 2008. “This is Urban Fiction in its rawest form.” Daddy Rich is determined to make an impact on the Urban Fiction world with his debut release, Mack’s Revenge. Since Mack’s Revenge he has released one other novel, “Shhh…Beware of the Snitch Killer” and a short story titled “By Any Means”. Daddy Rich is also the President and CEO of Urban Image Magazine which was created in 2010 for people of all walks of Urban life.
“Writing is not a phase in my life, it defines who I am. I write straight from life experiences. I’m a man on a mission. I want my freedom! This is why I write!”
Humbly Submitted By:
Richarh L. Tyson
AKA
Daddy Rich

Where to find Daddy Rich online 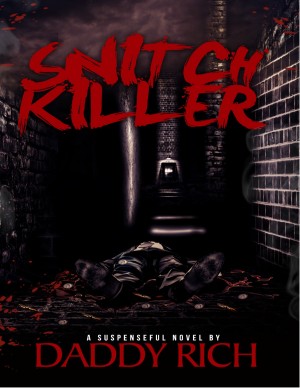 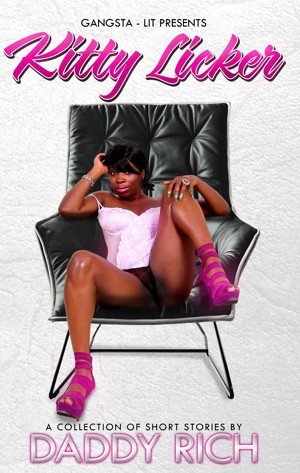 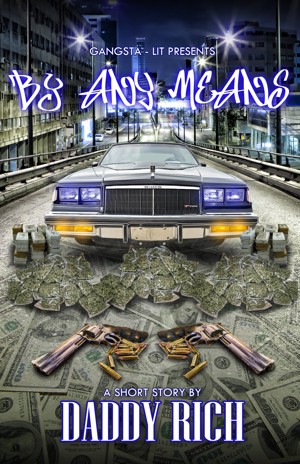 How far will you go? Hakeem Saddiq served 3 years in the IDOC. Upon his release, he promised to go legit and leave the streets forever…But, his 5 year old daughter needs $127k,and it’s a situation of life or death.Forced to choose between the streets and a straight path Hakeem chooses to get the money needed “by any means.” You’ll be on the edge of your seat as you read this compelling story a

You have subscribed to alerts for Daddy Rich.

You have been added to Daddy Rich's favorite list.

You can also sign-up to receive email notifications whenever Daddy Rich releases a new book.