I was born in Pennsylvania, but grew up in Virginia and consider that my home state. Becoming a sports enthusiast at an early age led me to be a fan of the Baltimore Colts, primarily because of Johnny Unitas and the proximity of the team to my home in Harrisburg, Pennsylvania. In later years, after moving to Virginia, the Redskins became my team of choice and continue that way to this day.

I went to high school in Virginia Beach, where my mother still resides. My college education was provided by Virginia Tech, where I earned a B.S. in Economics as well as an MBA. While there, I worked at the campus radio station as a disc jockey, sportscaster for baseball, news and sports reporter and the advertising sales manager.

Since then, I have pursued a career in business, working in Retail, Banking, Human Resources and Business Development. I've lived in numerous Virginia cities and towns as well as Charlotte, Atlanta, Phoenix, Tampa and Northwest Arkansas, where I met my current and wonderful wife, Rachel.

When I turned 50, I decided one of the things I wanted to do was write and publish a novel. "Illegal Procedure - A PK Frazier Novel" and the follow up, "Roughing the Passer - A PK Frazier Novel", about a sportscaster who ends up embroiled in a messy scandal, were result of that effort. In the aftermath of those publications, I ended up creating Beyond the Commentary, a sports talk brand that has given me the opportunity to appear on and host various sports talk radio programs.

The culmination of all of those efforts is the latest PK Frazier novel, "Offsetting Penalties", a story of intrigue and conspiracy that chronicles the attempt to compromise an entire season of one of America's premier sports leagues.

Where to find Kevin Krest online 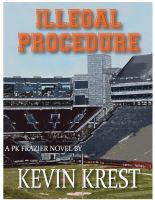 PK Frazier by Kevin Krest
The PK Frazier series chronicles the life of the fictional sportscaster as he pursues his career amid scandals and other sometimes life threatening events. Follow him from event to event and from the mountains of Virginia to the beaches of the Caribbean in an effort to clear his name and pursue his passion: Sports. 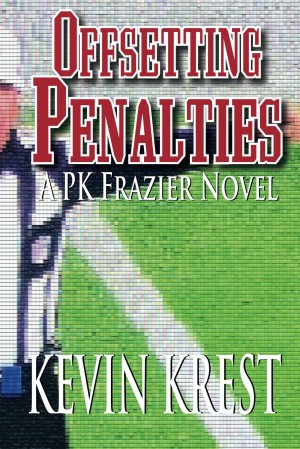 Offsetting Penalties - A PK Frazier Novel by Kevin Krest
Series: PK Frazier. Price: $4.99 USD. Words: 103,640. Language: English. Published: January 15, 2016. Categories: Fiction » Sports
In this third installment of the exciting PK Frazier series of novels, PK must fight an unseen menace to keep his career, reputation and life intact. As a scandal brews that could jeopardize the integrity of a major sports league, PK Frazier finds himself venturing into unknown territory in search of answers to questions that keep changing, finally resulting in a most unforseen conclusion. 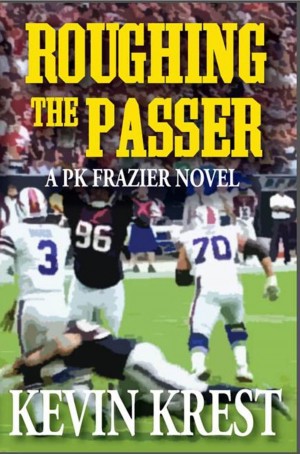 Roughing the Passer - A PK Frazier Novel by Kevin Krest
Series: PK Frazier. Price: $4.99 USD. Words: 100,900. Language: English. Published: October 13, 2014. Categories: Fiction » Sports
In the second installment of the PK Frazier series, the maligned sportscaster finds himself embroiled in a major financial controversy as he tries to jump start his career.Ultimately, he’s forced to turn to the people he thought he’d been able to leave behind, heading back to places and situations that he hopes will set him free to pursue his true passion. 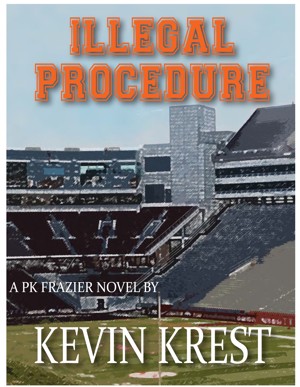 Illegal Procedure - A PK Frazier Novel by Kevin Krest
Series: PK Frazier. Price: $4.99 USD. Words: 160,160. Language: English. Published: August 4, 2013. Categories: Fiction » Sports, Fiction » Coming of age
Just a few months from getting his MBA, Paul Frazier is with his college buddies at their local watering hole when they have a chance encounter with the head of a fledgling sports network. After accepting a contract and changing his name, PK Frazier embarks on a sports broadcasting career. But he didn't count on those closest to him putting his career and even his life in jeopardy.

You have subscribed to alerts for Kevin Krest.

You have been added to Kevin Krest's favorite list.

You can also sign-up to receive email notifications whenever Kevin Krest releases a new book.