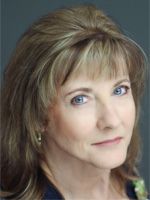 Fast-paced action and smart, stylish writing are the hallmarks of K.L. Nappier's speculative thrillers, mysteries and dark fiction. Some call her style eclectic, some call it cross-over. Moving between genres may keep her books out of the mainstream, but once you've discovered her, you'll understand what thousands of readers already know and why critics think she is one of the best authors writing independent fiction.

Since her emergence on the online scene, Kathy’s readership has grown exponentially. Her work has taken prizes and honors in the Dream Realm Awards, the Draco Awards, the EPPIES, the Kay Snow Awards and the New Century Awards among others.

Her novels have been reviewed by the Gothic Journal as “stunning” and “fresh” with suspense that “is razor sharp.” The Eternal Night Science Fiction, Fantasy and Horror Website calls her work “totally addictive.” Tampa Book Buzz says she “pulls you in from the first sentence” and DredTales.com calls her a “stand out in the world of independent fiction.”

For more information about K.L. Nappier's novels and books, visit her author page on Facebook.

Do you remember the first story you ever wrote?
I do! Actually, depending on how you look at it, I had two starts as a writer. When I was very, very young, before learning my letters, I drew all my stories. My parents said I wanted to be a cartoonist (a natural assumption since I was always drawing a series of picture stories) and so I figured that must be what I wanted, too. I had a long- standing fantasy of working for Walt Disney for most of my childhood and well into my early teens, even while I *was* writing.

It wasn't until I learned to read and write that I realized what I had been doing with my drawings as a kid. By the time I wrote my first full-fledged story -I was around twelve or so- I was deeply influenced by the writings of Edgar Allan Poe, the old movies "Dracula," "The Wolfman," and "Frankenstein," and the TV series "The Twilight Zone."

Around eighth or ninth grade, the Gothic soap opera "Dark Shadows" became all the rage. It's probably no coincidence that it was about then that my first fully fledged story became a serial that I called "The Castle." Very Goth. No surprise there. Very amateurish. Also no surprise there, considering my age and total lack of literary training. But it gained a bit of a following among my classmates, who kept asking for more. Hence, it became a serial. All long hand, on lined notebook paper. Good lord!

Much, much later, in the early 1990's, I took the basic story from that old chestnut and fashioned a Gothic Romance out of it for Berkeley Publishing's Diamond imprint. It got a couple of decent reviews, but didn't sell well and, no, I'm not going to reveal the title it was published under. :-) I will always appreciate the kind reviews but, honestly, it was a corny, silly little thing and I'm relieved that it's been out of print for a decade.
What are your five favorite books, and why?
Of all time? This type of question is so hard to answer. But I'll give it a go. They are not in any particular order:

1.) The Collected Works of Edgar Allan Poe
2.) The Masks of God Series, by Joseph Campbell
3.) Beloved, by Toni Morrison
4.) Interview with the Vampire, by Anne Rice
5.) Disappearances, by Frank Mosher
Read more of this interview.

Where to find K.L. Nappier online 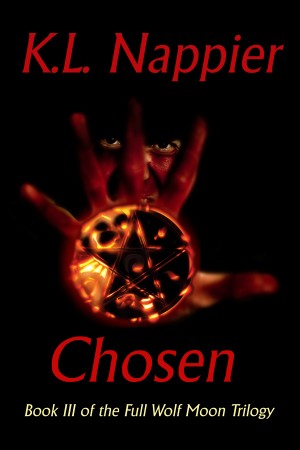 Book III of the Full Wolf Moon Trilogy ends this award winning supernatural saga with a rousing crescendo. Alone, drugged and disoriented, a re-bitten David Alma Curar wakens to find he is at the mercy of Niyol, a self-styled Navajo sorcerer known as a skinwalker. Yearning to bend a wave of fresh horror to his purpose, Niyol holds David captive and nurtures the Great Beast toward its Emergence. 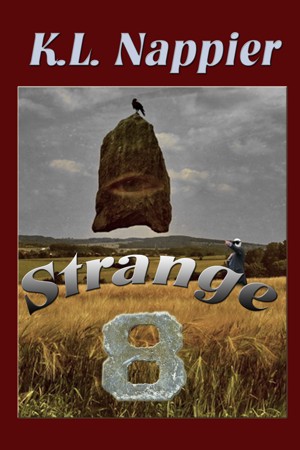 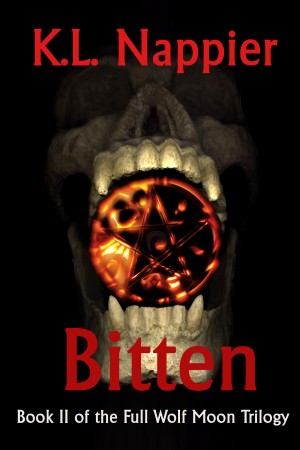 Bitten: Book II in the Full Wolf Moon Trilogy by K.L. Nappier
Series: The Full Wolf Moon Trilogy, Book 2. Price: $4.99 USD. Words: 97,720. Language: English. Published: November 24, 2010. Categories: Fiction » Horror » Occult, Fiction » Thriller & suspense » Psychological thriller
Readers who like grimdark tales, "The Strain" or "Hemlock Grove will sink their teeth into this thought-provoking thriller. With raw action & superb storytelling, Book II of the Full Wolf Moon Trilogy begins eight years later. Max & David are now hunters, stalking the ancient werewolf's lineage where ever it emerges. But nothing that has come before prepares them for what they discover 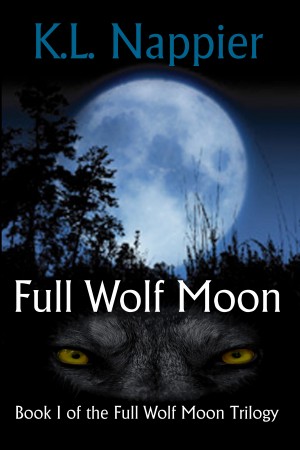 A thought-provoking thriller in werewolf's clothing! The high-concept terror of “A Quiet Place” and the chilling racial relevance in “Get Out” intertwine with the barbed wire barriers of “Full Wolf Moon, Book I of the Full Wolf Moon Trilogy.” After the Pearl Harbor attack, scant attention is paid to the horrors inside Tulenar Internment Camp as an ancient evil feeds on the people trapped there.

You have subscribed to alerts for K.L. Nappier.

You have been added to K.L. Nappier's favorite list.

You can also sign-up to receive email notifications whenever K.L. Nappier releases a new book.