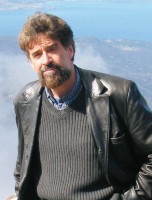 Ken McGoogan is the best-selling author of a dozen books, among them Fatal Passage, Race to the Polar Sea, and Lady Franklin’s Revenge. He has won the Pierre Berton Award for History, the University of British Columbia Medal for Canadian Biography, the Canadian Authors’ Association History Award, the Writers’ Trust of Canada Drainie-Taylor Biography Prize, and an American Christopher Award for “a work of artistic excellence that affirms the highest values of the human spirit.”

Where to find Ken McGoogan online 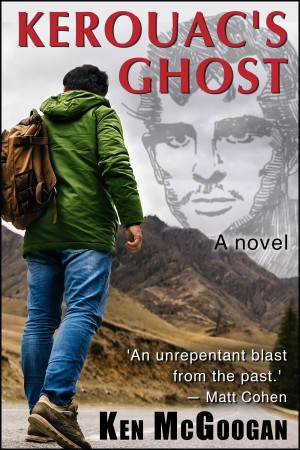 Kerouac's Ghost by Ken McGoogan
Price: $4.99 USD. Words: 87,550. Language: English. Published: September 16, 2016 by Bev Editions. Categories: Fiction » Coming of age
Frankie McCracken is still recovering from the Psychedelic Sixties when, while working as a fire lookout in the Canadian Rockies, he finds himself wrestling with a miracle-worker who claims to be the late Jack Kerouac, King of the Beats. This kaleidoscopic coming-of-age novel arrives in 2016 like a note in a bottle from a distant world.

You have subscribed to alerts for Ken McGoogan.

You have been added to Ken McGoogan's favorite list.

You can also sign-up to receive email notifications whenever Ken McGoogan releases a new book.