Throughout high school and college, writing fiction was little more than a pleasant diversion from required essays and applied science courses. After working with author S. L. Armstrong on a number of small writing projects and coming to see the act of writing as a learned skill, Kris found a new zeal for the challenge and now writes as a sideline career. She is particularly fond of writing in the High Fantasy and Paranormal genres, adding her own homoerotic, and often kinky, flair to her fiction.

Kris was once locally published in Flagstaff for her poetry in high school and has been a featured artist for the convention group CirqueCon. 2010 is her debut year at Storm Moon Press, the small, independent, erotic-romance press she cofounded with S. L. Armstrong in order to self-publish their collaborative fiction.

Kris also enjoys drawing, circus arts such as flying trapeze and aerial silks, musical theater, and hoopdancing, all of which she feels balance her scientific, kinesiological side with her passion for the artistic and dramatic. Her love of the human body and its endless possibilities bleeds into nearly every facet of her life, from massage, to writing, to staring at the attractive men at the local Renaissance Fair...

She loves to hear from her readers, who can e-mail her at K.Piet@logophile.net.

Where to find K Piet online 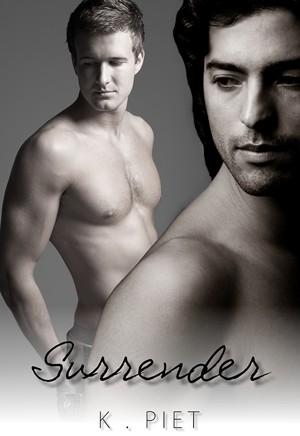 Surrender by K Piet
Price: $1.49 USD. Words: 9,260. Language: English. Published: April 1, 2011 by Storm Moon Press. Categories: Fiction » Gay & lesbian fiction » Gay, Fiction » Romance » Adult
Aaron is secure in his position as a Dom until he attends a fetish party and meets Travis, a fellow Dom who is determined to show Aaron what he's been missing on the submissive side.

You have subscribed to alerts for K Piet.

You have been added to K Piet's favorite list.

You can also sign-up to receive email notifications whenever K Piet releases a new book.