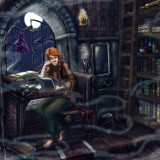 Christine is the lead writer for Eccentric Tomato, the e-publishing imprint of Kumate Works Studio. She specializes in writing illustrated fantasy fiction through pulp-fiction style short stories, novellas and comic books. Proven unable to draw anything other than unsophisticated stick figures, she primarily works with artists Alysia Robinette and Melinda Nelson as Kumate Works, who bring her stories to life through their illustrations. For additional projects, she will also call upon her many artistic colleagues. Her print work has been well received at various anime and comic conventions.

When not writing or cracking a whip at her artists, Christine pays her bills by working as an administrative assistant. In her spare time, she also enjoys traveling, reading, playing with her cat, watching Star Trek and cooking tasty things.

When did you first start writing?
I've been writing since I was 16 years old. Alysia and I met shortly thereafter and started doing comics together and we picked up Melinda in college. The three of us have been together ever since.
What's the story behind your latest book?
The Apprentice series is basically a pulp-fiction style short story series I developed to use revolving artists with. It follows the adventures of Apprentice Wizard Dorian who lives her life as a male to study wizardry. The idea was loosely based on stories such as Twelfth Night, the ballad of Fa Mulan and others where women assume a male persona in order to accomplish goals they wouldn't otherwise be able to. In terms of the format, I wanted to so something that we could put out a little faster than our standard comics and the prose on The Apprentice had turned out nicely, so it worked.
Read more of this interview.

Where to find Eccentric Tomato online 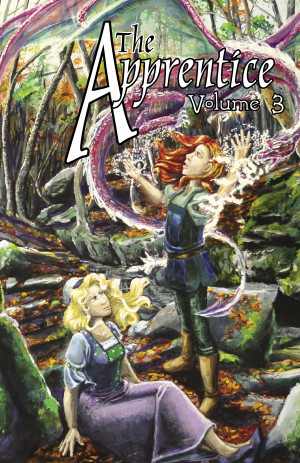 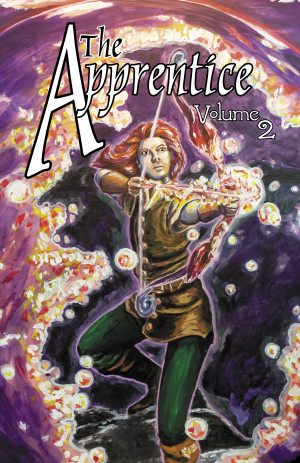 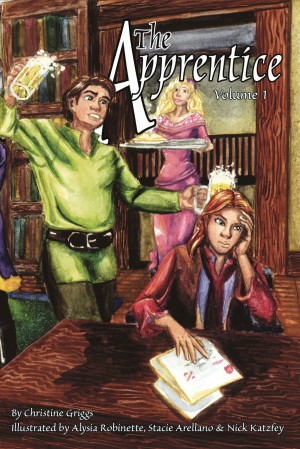 The Apprentice, Volume 1 by Christine Griggs
Price: $3.00 USD. Words: 26,020. Language: English. Published: September 17, 2014 by Eccentric Tomato. Categories: Fiction » Fantasy » Short stories, Fiction » Young adult or teen » Fantasy
What do you think of when somebody says the word Wizard? Perhaps an ancient, wizened old man, with a long white beard. No matter what, wizards are men who symbolize power, knowledge and mystery. This story is about a wizard, but not the type you might envision. Apprentice Wizard Dorian is everything a wizard should be: brave, powerful, intelligent. There’s only one problem. He is actually a she.

You have subscribed to Smashwords Alerts new release notifications for Eccentric Tomato.

You have been added to Eccentric Tomato's favorite list.

You can also sign-up to receive email notifications whenever Eccentric Tomato releases a new book.