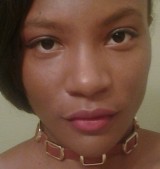 I believe that as a writer, my job is to make sense of the world we live in by providing solutions to problems. I section life situations into beginnings, middles, and ends in order to categorize chaos. That is my goal each time I sit down to write, and hope that I am doing a decent job. I thoroughly enjoy reading, writing, and debating on meaningful topics. I have completed my first novel, a young adult fiction book, based on the struggles a young girl faces while living life during the Great Depression. At the moment, it is in the process of getting edited and published. Apart from that, I have composed a book of short stories and essays, STEAKHOUSE: A Collection of Selected Short Stories and Essays for publication. The stories within that book are all based on life (realistic fiction) with the themes encompassing almost every and any thing we face as humans.

Thanks for your time and I hope that you enjoy STEAKHOUSE. Be sure to rate, review, and share the link to STEAKHOUSE with your friends.

Where did you grow up, and how did this influence your writing?
I was born in Milwaukee, WI a city of some sort. When I was 9 my family and I moved to Ahwatukee, a triangular shaped sub-urban village of the City of Phoenix, Arizona.
One of the things that was most apparent to me regarding the difference between locations were the cultures. Milwaukee has an expansive Black community and culture embedded with other minority groups such as Germans, Irish, Native Americans, Puerto Ricans, Asians, and Africans.
In my writing, I like to incorporate the city life of Blacks that I grew up around, along with the White and Mexican cultural contrast of Arizona that I became accustomed too.
When did you first start writing?
Apart from the essays I were required to write in school, I began writing my own material at 15. By that time, I had matured enough to know what my passions were and what I wanted to do to make a living,
Read more of this interview.

Where to find Lasheda Harper online 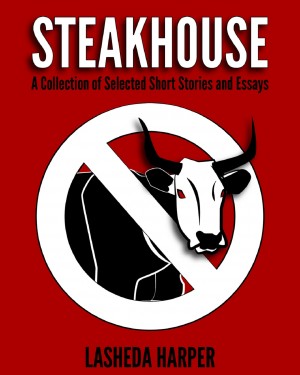 You have subscribed to alerts for Lasheda Harper.

You have been added to Lasheda Harper's favorite list.

You can also sign-up to receive email notifications whenever Lasheda Harper releases a new book.