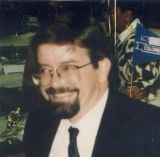 Laurent was born in Madrid, Spain, on Oct. 10 of 1955, and raised in Puerto Rico. Studied at the Pontifical Catholic University of Puerto Rico. Now spends most of his time in MD, USA.

By age 8, Laurent was already wondering about why would a cup stick to his face as he tried to suck the air out. Later, he learned about magnetism, gravity and inertia as he continued to wonder if, besides atmospheric pressure, there was some unknown force at work. He remembers making needles stand up without touching them by using a magnet, then wondering how could that be. After learning about the EPR experiments he started inquiring about oneness and how everything seemed to be connected.

It has been a quest going from J. L. Borges' "The Garden of Bifurcating Paths", to Everett's Many-worlds Interpretation of Quantum Mechanics. From the collective behavior of sardine schools and J. Cortazar's eels in "Prose from the Observatory", to Bose-Einstein condensates. From the relativity demonstrated by the twins paradox thought experiment, to the non-locality uncovered by the EPR (Einstein, Podolsky, Rosen) experiment. After thoroughly studying the physics of Nature, Laurent is convinced that the aether is the physical, but immaterial substance, from which the universe emerged.

You have subscribed to alerts for Laurent R Duchesne.

You have been added to Laurent R Duchesne's favorite list.

You can also sign-up to receive email notifications whenever Laurent R Duchesne releases a new book.