Veronica has, over the years, moved from her birthplace in Melbourne, to Adelaide and then to Perth Western Australia. Her WW2 veteran father left when she was three years old and, at the same time, her mother was hospitalised for three years with tuberculosis. Fortunantely her maternal grandparents were able to look after her, however, the early years were a lonely time allowing a vivid imagination to develop.
Due to marriage and children, the writing adventure was postponed until in her forties when she studied and began her first fiction novel "Indonesian Betrayal", although this book took many years to complete due to a marriage breakdown, breast cancer and long working hours.
Now semi-retired "The Life and Death of Lily" has taken less time to finish and, hopefully, a third novel "Abandoned in Vietnam" will be published in 2018.
Veronica continues to live with her third husband and two dogs in Perth. Her children Elena, Paul, son-in-law Jason and little grandson live close by.
A former member of the Army Reserve, she is now a member of the Returned Services League, Legacy, Women's Royal Australian Army Corps Association in Western Australia, WRAACs Reunited, Women's Veterans Network and affiliate member of the Rats of Tobruk, together with being a member of the Australian Society of Authors, Fellowship of Australian Writers in Western Australia and Clan Hope of Craighall.
Veronica researches, writes, edits and proofreads her novels. Signed paperback copies of her novels can be purchased via her website: www.veronicascottkillner.com

Where to find Veronica Scott online 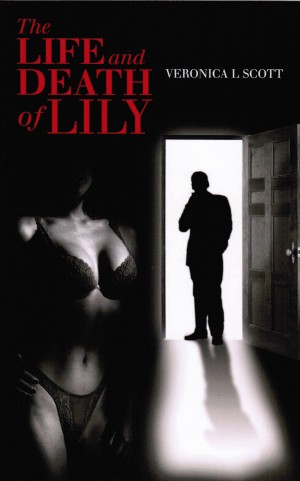 The Life and Death of Lily by Veronica Scott
Price: $0.99 USD. Words: 101,800. Language: Australian English. Published: August 29, 2016. Categories: Fiction » Mystery & detective » General
A murder mystery about the murder of a high class call girl. Her body is found in her apartment almost next door to the St Kilda Road police station in Melbourne. The hunt for the perpetrator leads the detectives to politicians, underworld members, corrupt police, drugs, blackmail, hidden secrets and bondage until the final unexpected conclusion.

You have subscribed to alerts for Veronica Scott.

You have been added to Veronica Scott's favorite list.

You can also sign-up to receive email notifications whenever Veronica Scott releases a new book.