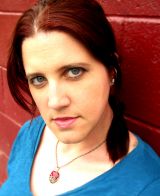 34 readers have added this author as a 'Favorite Author'.

Leia lives in New England with her husband and two kids. Though she will go to her grave denying it, her husband insists she would be thrilled if he suddenly sprouted fangs.

Where to find Leia Shaw online

You have subscribed to Smashwords Alerts new release notifications for Leia Shaw.

You have been added to Leia Shaw's favorite list.

You can also sign-up to receive email notifications whenever Leia Shaw releases a new book.