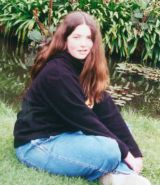 R. Huffman spent her formative years in Santa Ynez, a small valley north of Santa Barbara, California. She majored in History at a small Christian college and put her degree to minimal use in her following six years as a secretary in the Federal Government. Now living in Washington State with an elderly poodle and a remarkably furry cat, she has returned to her first true love: writing fantasy.
Ms. Huffman first discovered her gift for wordsmithing at a Fakespeare competition at her local library. Creating lines a blind panel found indistinguishable from Shakespeare gave her her first taste of authorial triumph--and she has never recovered.

What are you working on next?
Right now, I'm working on Exodus: Shifter Nation Book 2, which will come out April 1, 2014. I am very excited to continue telling the tale of our escaped shifters, their human allies and mentors, and the risks all must take if true freedom is to be theirs.
Why are your books named after the books of the Bible? Is the series an allegory?
First of all, no, I am not trying to re-write the Bible in modern times with shifters.

When I first decided to write indie books, I wanted to write a long series of short novels or novellas, but I didn't really know what to write about, so I began at the end of the process by choosing a naming convention for the series. When I was playing around with the idea of using the names of biblical books, I asked myself what sort of book I would write that would have the title Genesis. Many ideas came to me and I toyed with them a little, but couldn't see where to go with any of them. Then I really thought about the name Genesis. The beginning. The beginning of what? As I considered the book of Genesis and the rest of the Bible, it occurred to me that, at base, the Bible is the story of a nation.

I had also been toying with the idea writing about werewolves or other types of weres, as some of my favorite authors feature them. The idea of writing the story of an emerging nation of shifters was a natural next step, and I knew I had to write it.

I have consciously steered away from making the stories any more biblical than the loosest of thematic connections. While I am happy to use the general theme of each book as a writing prompt, I have retained the freedom to tell the Shifter Nation tale as it unfolds.
Read more of this interview.

Where to find R. Huffman online 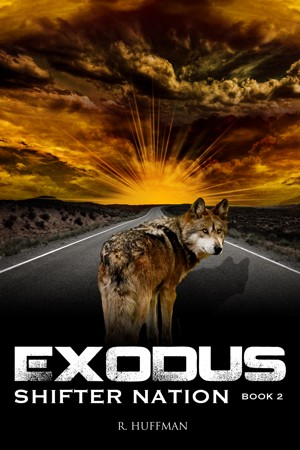 Exodus by R. Huffman
Series: Shifter Nation, Book 2. Price: $2.99 USD. Words: 36,270. Language: English. Published: April 7, 2014. Categories: Fiction » Fantasy » Urban
The twelve escaped shifters have scattered across the country guided by their human mentors, but there are still many more in captivity. While Captain Aarons gathers support, the shifters must risk their newfound freedom in a series of desperate gambits in order to win safety not only for themselves, but for all those left behind. 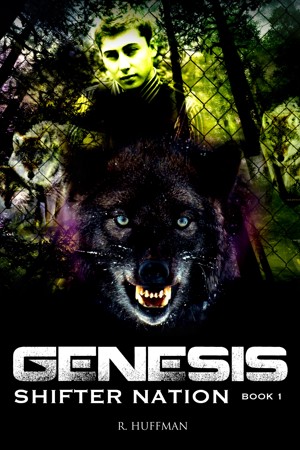 Private Investigator Frank Soems is called to investigate when his twin godsons are kidnapped from the home of their adoptive parents. As Frank follows the twisty trail, his investigation will uncover the boys' hidden past and lead to a shocking discovery.

You have subscribed to alerts for R. Huffman.

You have been added to R. Huffman's favorite list.

You can also sign-up to receive email notifications whenever R. Huffman releases a new book.