After many years of publishing short, erotic stories on the internet, Jim (Little Wolf) has finally come full circle with his epic, gothic romance; Bark at the Moon – Coming of the One; making fans of his story telling ecstatic. For many years, he has thrilled readers with his ability to bring the characters he writes about to life; allowing us to become a part of the very story he is telling. His ability to immerse his readers into the lives of his characters is evident as you begin to feel as they feel, cry when they cry and laugh when they laugh. Now with Bark at the Moon – Coming of the One, he continues that tradition; allowing us to join with Gryf, Brec and Scott as they forge head-long into a world of mystery, magic and love.

A New Englander by birth, Jim (Little Wolf) grew up and made his home in picturesque New Hampshire until his early twenties. He now resides in a quiet Central Coast seaside town in California, with his husband, David. They will celebrate their twentieth anniversary in June 2013. It is here, in California, he has said, where his passion and talent for writing was born. His dream is to one day return to his home in New Hampshire; where he will continue to use his talents to hypnotize us, his readers, with his story telling talents.
Little Wolf invites you to visit him at www.littlewolfpublishing.com. There you will find links to some of his other posted shorts, updates on Bark at the Moon – Taker of the passion, as well as links to his email and Facebook page. 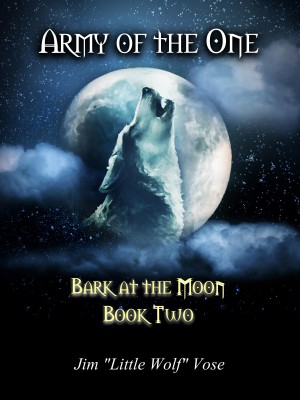 Army of the One - Bark at the Moon Book Two by Jim "Little Wolf" Vose
Price: $4.95 USD. Words: 72,290. Language: English. Published: August 29, 2015. Categories: Fiction » Erotica » Gay Erotica, Fiction » Gay & lesbian fiction » Gay
Abaddon and Breccan return in the fast paced sequel to Bark at the Moon - Coming of the One. Joined by new, powerful Allies, the Army of the One readies for battle. Hear the howl of our Alpha and know that he is ABADDON! 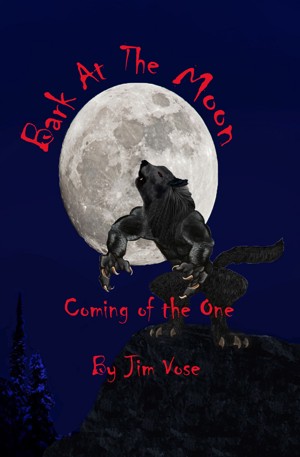 Vampires, Werewolves, Wizards and magic don’t really exist do they? This is the question Gryf Rivers asked himself after he dreamed a beast attacked him. He is soon embroiled in an epic battle of good and evil, love and hate, honor and distrust: he and his companions, Breccan and Scott find themselves thrust into a world of mystical creatures and magic they thought only existed in fantasy.

You have subscribed to alerts for Jim "Little Wolf" Vose.

Would you like to favorite Jim "Little Wolf" Vose?

You have been added to Jim "Little Wolf" Vose's favorite list.