Liz Lazarus grew up in Valdosta, Georgia, known for its high school football and being the last watering hole on highway I-75 before entering Florida. She was editor of her high school newspaper and salutatorian of her class. Lazarus graduated from The Georgia Institute of Technology with an engineering degree and Northwestern’s Kellogg Graduate School of Management with an MBA. She went on to a successful career as an executive at General Electric’s Healthcare division. Later, she joined a leading consulting firm as a Managing Director.
Interestingly, Lazarus initially ignored the calling to become a novelist—instead, she tackled other ambitions on her bucket list: living in Paris and learning to speak French, getting her pilot’s license and producing a music CD. But, as she explains, her first book “wouldn’t leave me alone—it kept nudging me to write to the point that I could no longer ignore it.”
Though her first novel, Free of Malice, released in the spring of 2016, is fiction, the attack on the main character is real, drawn from Lazarus’ own experience. It portrays the emotional realities of healing from a vicious, physical assault and tells the story of one woman’s obsession to force the legal system to acknowledge her right to selfdefense.
Reader response to Lazarus’ first novel was so encouraging that she embarked on a writing career, releasing her second novel in the spring of 2018. Plea for Justice is a thriller that depicts the journey of a paralegal investigating the case of her estranged friend’s incarceration. As she seeks the truth, loyalties are strained and relationships are tested leaving her to wonder if she is helping an innocent man or being played for a fool.
Lazarus lives in Atlanta and is engaged to fiancé, Richard. When not working, she enjoys reading, traveling and spoiling their cat, Buckwheat.

Can you share with readers a little bit about your latest book?
PLEA FOR JUSTICE is a psychological, legal thriller by Liz Lazarus, told in alternating viewpoints by “Jackie,” an overweight paralegal in pursuit of justice, and “Me,” a terrifying killer with treacherous cyber skills. Lazarus has once again produced a page-turner, full of drama and suspense—and more than one unexpected twist.
Set in Atlanta, GA, main character Jackie Siegel is contacted from prison by her estranged friend, Aaron Slater. In high school, he was the “cool jock” and she was the “introverted geek.” They were inseparable until graduation, when he suddenly dumped her with no explanation. Ten years later, Aaron is arrested for one of the most notorious murders in recent history. Labeled by the media as “The Snapchat Killer,” he is accused of posting videos on social media of a college student before brutally murdering her.
Aaron swears he is innocent and begs for Jackie’s help. But why would an innocent man sign a plea deal that he claims he didn’t understand, one that puts him in prison for the rest of his life? As Jackie investigates the evidence, she meets resistance at every turn — no one wants this case reopened. The conflicting information and bizarre clues compel her to keep digging, uncovering questions of trust, self-protection and fate.
As Jackie closes in on the truth, loyalties are strained and relationships are tested, leaving her to wonder if she’s helping an innocent man or being played for a fool. It wouldn’t be the first time. In the end, whose plea for justice is answered?
When and why did you begin writing?
Like the main character, I was attacked by a stranger in my home in the middle of the night. In order to heal, I started to write about how I was feeling and what had changed in my life. At the time, I didn’t know about EMDR therapy to heal from trauma, so used writing as a catharsis. Also like the main character, all I had for self-defense was a can of Mace. After the attack, I said to my brother-in-law, if I had owned a gun, I would have shot the guy as he left. My brother-in-law countered that I was fortunate I didn’t—as shooting a fleeing criminal might not have been a clear case of self-defense. That idea sparked my interest in learning about the criminal justice system and inspired me to write the hypothetical case portrayed in the book. The ending, which I won’t spoil, was prompted by a question from my mother. Once you’ve finished the book, write to me at liz@lizlazarus.com and I’ll tell you more about that.
Read more of this interview.

Where to find Liz Lazarus online 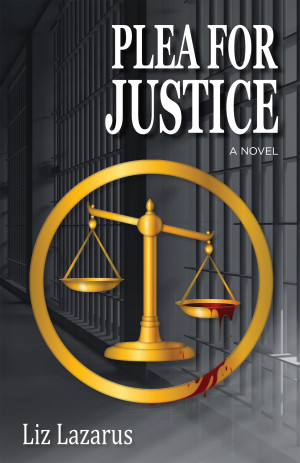 Plea for Justice by Liz Lazarus
Price: $5.95 USD. Words: 75,640. Language: English. Published: May 1, 2018. Categories: Fiction » Thriller & suspense » Action & suspense, Fiction » Thriller & suspense » Crime thriller
A psychological thriller that depicts the journey of a paralegal striving to reveal the truth about her estranged friend’s incarceration, and leading her on a parallel path of self-discovery. 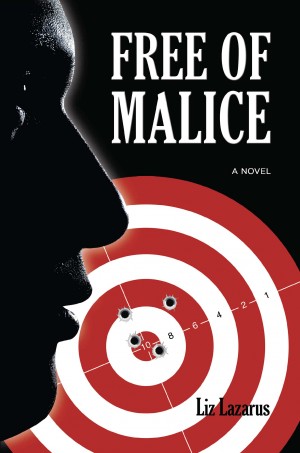 Free of Malice by Liz Lazarus
Price: $5.95 USD. Words: 89,770. Language: American English. Published: March 26, 2016. Categories: Fiction » Thriller & suspense » Psychological thriller, Fiction » Thriller & suspense » Crime thriller
A thriller that portrays the emotional realities of healing from a vicious, physical attack and the obsession of one woman to force the legal system to acknowledge her right to self-defense.

You have subscribed to alerts for Liz Lazarus.

You have been added to Liz Lazarus's favorite list.

You can also sign-up to receive email notifications whenever Liz Lazarus releases a new book.