I was born in Phoenix, AZ, where I  resided for the first half of my hopefully long life. At the first opportunity, my husband and I packed up the wagon and traveled north to Washington State, where I currently am living happily ever after with my wonderful husband and three beautiful, hysterical, and often crazy Siberian huskies.

Right out of high school, I got recruited into the corporate world and found I had a knack for accounting. I spent seventeen years in various divisions of accounting, but never felt fully satisfied by the turn my life had taken. Of all I had imagined my future to be, chained to a desk was not in any of my plans. In one of those wild moments where you're ready to bungee jump off a bridge, I quit my job and went to work on opening a dog daycare business, with all the support and love of my husband. As I was planning, I used my free time to start a story. I'd read a book and was rather unhappy with the ending, so I decided to write something I would enjoy. It started out as a secret. It was a side hobby, a release, an escape. But one day, my husband came home early and caught me. Instead of allowing me to continue on in secrecy, he planted a seed of publishing in my mind.

The thought of being an author went against everything I had made of my life. Security. Stability. Debit and credits. Cars and houses. Textbook accounting. Writing was creativity; no rules, no certainties of success. And I found it exhilarating and something I absolutely loved doing.

The dog daycare idea was unattainable for us, but the writing blossomed into a dream I never bothered to dream. So here I am.

Where to find L.K. Evans online

Keepers of Arden by L.K. Evans
The story of two brothers and their fight against evil. 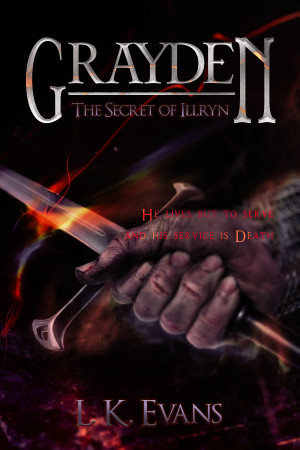 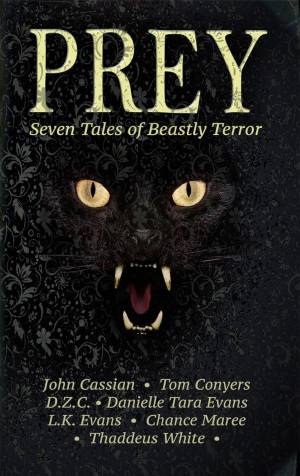 Prey: Seven Tales of Beastly Terror by Tom Conyers, Danielle Tara Evans, John Cassian, D.Z.C., L.K. Evans, Chance Maree, & Thaddeus White
Price: Free! Words: 71,760. Language: English. Published: November 20, 2016. Categories: Fiction » Anthologies » Horror
A longhorn rancher gets more than he bargained for... A mythical bird becomes all too real... The ghost of a cat enacts a nasty revenge... And a bear becomes a weapon just as dangerous to its wielder... From cats, to dogs, to longhorns, rats and bears, Prey explores the frightening ways nature could easily turn on us...if we provoke it. 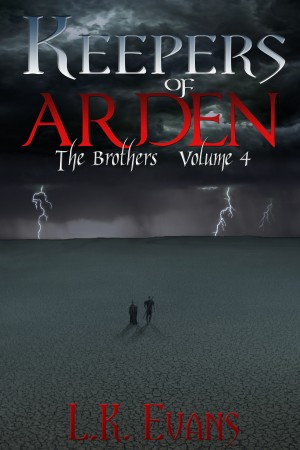 Keepers of Arden The Brothers Volume 4 by L.K. Evans
Series: Keepers of Arden. Price: $2.99 USD. Words: 122,840. Language: English. Published: October 22, 2016. Categories: Fiction » Fantasy » Dark, Fiction » Fantasy » Epic
Evil has spread, determined to rule and desperate to avoid the mistakes of its past. There is little time for King Lilkous to prepare for the impending war as darkness threatens every corner of Arden. Doom seems inevitable, but some souls are not so easily extinguished. 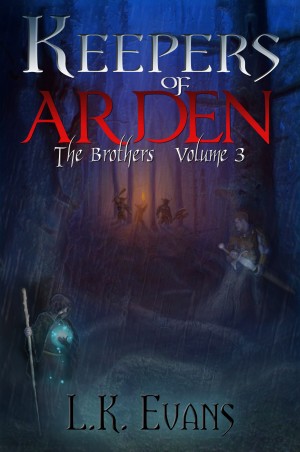 Keepers of Arden The Brothers Volume 3 by L.K. Evans
Series: Keepers of Arden. Price: $2.99 USD. Words: 186,890. Language: English. Published: December 21, 2015. Categories: Fiction » Fantasy » Dark
As Salvarias finally understands his true destiny, the untold story of the gods' abandonment begins to reveal itself. Every answer the brothers discover only raises new questions. Wilhelm and Salvarias find themselves unwilling pawns in a deadly game. One they must play, no matter the cost. 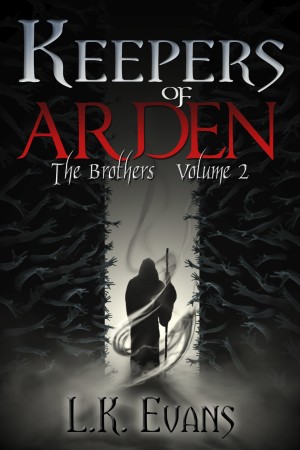 Keepers of Arden The Brothers Volume 2 by L.K. Evans
Series: Keepers of Arden. Price: $2.99 USD. Words: 193,200. Language: English. Published: December 22, 2014. Categories: Fiction » Fantasy » Epic
Salvarias’s visions have saved the city of Serinity. Now, a new vision of a massive army will send the Laybryth brothers and a group of companions on a perilous journey across Arden. 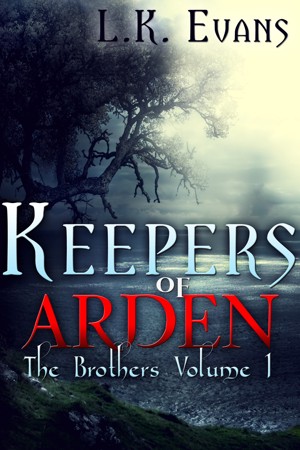 Keepers of Arden The Brothers Volume 1 by L.K. Evans
Series: Keepers of Arden. Price: $2.99 USD. Words: 144,550. Language: English. Published: April 12, 2014. Categories: Fiction » Fantasy » Epic
Over a thousand years have passed since the Long Wars ended and the higher gods abandoned the lands of Arden. Divided and fearful, Arden has managed to secure a restless peace. But peace never lasts. Darkness creeps through the lands once more. Salvarias, a man born of shadow and fire, will become hunted for his magic and a power that can grant a vile god instant victory. Only his brother, Wilhe

You have subscribed to alerts for L.K. Evans.

You have been added to L.K. Evans's favorite list.

You can also sign-up to receive email notifications whenever L.K. Evans releases a new book.