Selby McPhee was a staff writer and editor at schools, universities, and other educational institutions including Tufts University and the National Association of Independent Schools (NAIS), where she was marketing vice president. In addition to her administrative work, she was the editor of numerous institutional newsletters, magazines, and e-publications, and she served as chapter author of an NAIS book on school marketing.
As a freelance writer, McPhee has published articles in a variety of magazines and newspapers, including Vermont Life, HighFidelity/Musical America, Independent School, Burlington (VT) Free Press, and IB World (the International Baccalaureate magazine). While living in Vermont from 1970 to 1980, McPhee was innkeeper at a small ski lodge, manager of an attached condominium development, and producing director at the Stowe (VT) Playhouse.
Love Crazy, McPhee’s first book, began to germinate in 1984, when she found a box of letters, marked with the admonition “to be destroyed unopened,” in a closet at her parents’ house.
McPhee, a graduate of Vassar College, grew up in Philadelphia, Pennsylvania. She lives with her husband in Maryland. 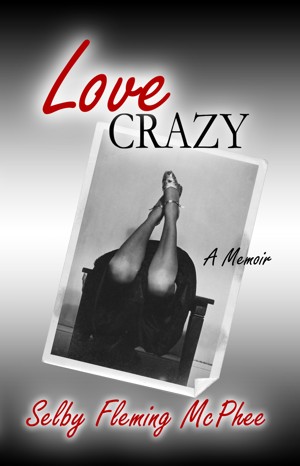 Love Crazy by Selby Fleming McPhee
Price: $7.99 USD. Words: 110,580. Language: English. Published: March 27, 2013 by Martin Sisters Publishing. Categories: Nonfiction » Biography » Personal memoir
The discovery of a forbidden box of letters sends author Selby McPhee on a fascinating and painful journey through her family’s history in the first half of the American twentieth century. On the box’s lid is a provocative warning: “Personal letters of Mr. and Mrs. J. J. Fleming, Jr ~ to be destroyed unopened.” The secrets begin to finally unfold.

You have subscribed to alerts for Selby Fleming McPhee.

You have been added to Selby Fleming McPhee's favorite list.

You can also sign-up to receive email notifications whenever Selby Fleming McPhee releases a new book.