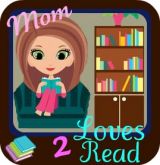 I'm currently looking for Giveaway Sponsors that are a good fit for my blogs, for upcoming giveaway hops. I have 2 blogs - Loves 2 Read (family friendly), and Faerotic Prose (upper YA & adult fiction).

I am willing to do a review & promotion of you book(s), and feature your giveaway in a heavily advertised event that is part of a large hop where users go to several blogs (usually 200 to 300 participating blogs) to enter lots of giveaways. Please email me if you are interested ~ momloves2read@gmail.com!

Where to find Susan MomBlogger online

You have subscribed to alerts for Susan MomBlogger.

You have been added to Susan MomBlogger's favorite list.

You can also sign-up to receive email notifications whenever Susan MomBlogger releases a new book.