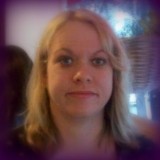 Luanna Wallis is an independent Australian non-fiction author located on the NSW Central Coast, she is married and has two daughters, aged 12 and 14 years old.

Luanna is currently working on the 'Soap Mastery' Book series, the first title, "Beginner Soap Making" was released 20/4/2016 and the second title is hot-on the heels.

Self-Help Titles include:
'Train Your Brain To Be Happy', 'Does He Like Me Or What?' and 'Break Out Of The Friend Zone'.

Luanna completed her undergraduate psychology degree at Macquarie University in 1998 and had planned to work as a counsellor, but having great "Information Technology" skills, instead landed her first job as Y2K tester in 1999. 18 years later, she still works in IT but she enjoys reading psychology journals and making soap.

Perhaps feeling like she "missed" her calling as a counsellor, she completed a diploma of counselling in 2011 and started answering questions on "Yahoo Answers" in the psychology section. She soon found that the same questions were being asked over and over again by teenagers and young adults. Girls wanted to know how to tell if a boy liked them, and boys wanted to know how to break out of the 'friend zone'. She felt that she couldn't fully answer their questions in a few short paragraphs and decided to write books instead.

Having suffered from depression herself, and with her educational grounding in psychology she wrote 'Train Your Brain To Be Happy'. Part of the depression recovery process for her was finding an activity to keep her baseline happiness level high (choosing to enjoy life now rather than postponing happiness), and so she discovered soap making. (After some less interesting ventures into cheese making, candle making and ice cream making). There's something about soap making that is so addictive and it continues to play a major part in maintaining her baseline happiness.

Starting her soap making journey with the hot-process method and closely followed by the cold-process method, she eventually wanted to try liquid soap making but found that books on the topic were scarce, outdated and confusing, and that no-one seemed to know how to formula a shampoo or conditioner recipe. After discovering that liquid soap making was no more difficult than bar soap making, she was motivated to begin her next writing adventure, namely the 'Soap Mastery' series, starting with her first book, "Beginner Soap Making".

Luanna is a part of several online soap making groups and is happy to answer and soaping questions from her readers in that forum. She does not sell her soaps, but she does donate her soap to her local 'Ronald McDonald House' charity as well as gifting soaps and shampoos to her friends and family.

Luanna is active in the 'Soap Mastery' Facebook group: https://www.facebook.com/groups/SoapMastery/

Where to find Luanna Wallis online

You have subscribed to Smashwords Alerts new release notifications for Luanna Wallis.

You have been added to Luanna Wallis's favorite list.

You can also sign-up to receive email notifications whenever Luanna Wallis releases a new book.