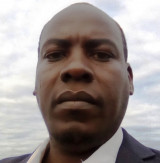 Harun B. Mbijiwe is a teacher by profession, author, preacher, Bible teacher, youth counselor, motivational speaker and CEO Brooks Publishers Kenya. He hails from the foots of Mt. Kenya. He has authored several inspirational and spiritual genres.

Where did you grow up, and how did this influence your writing?
I grew up at the slopes of Mt. Kenya. I was born in a family of four. We were from a humble background. We lived very low in many ways as we grew and schooled in our home area. Being raised by a single parent and who toiled day in day out to put the food on the table, really made made me to have a story to tell. We rose from nothing to something as I have narrated this in part in the first chapter of my first book, 'Learners Success Guide in the 21st Century'. In fact the life that I went through from birth to adulthood shaped my thinking and influenced my writing. I felt I needed to tell the world that there is something special in every human being and one can move from nothing to something no matter where one comes from and what he or she has passed through.
When did you first start writing?
I started writing in 2012 and published my first book in 2013 in my own country - Kenya. Later this book was published into Kindle and paperback in Amazon in 2015.
Read more of this interview.

Where to find Harun B. Mbijiwe online 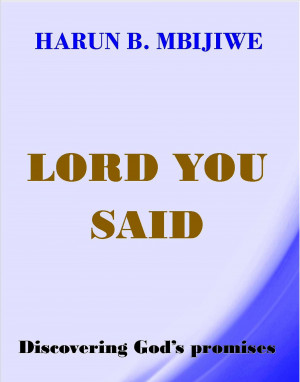 Lord You Said - Discovering God’s Promises by Harun B. Mbijiwe
Price: $3.00 USD. Words: 27,760. Language: English. Published: July 31, 2018. Categories: Nonfiction » Religion & Spirituality » Biblical Reference / Quotations
Any other person will sing, 'Standing on the promises of God.' And my question is: How many do you know? The Bible contains thousands of promises and it’s the duty of every Christian to talk these promises to almighty God every time one prays. The book The Lord Said has made it easy for you. You can use it in your prayer closet and make great prayers to God by telling him what He said. 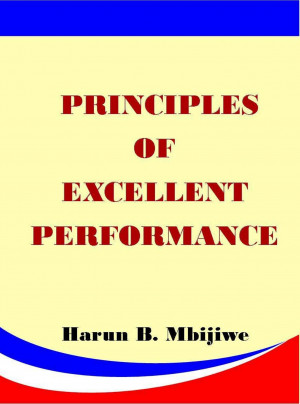 Principles of Excellent Performance by Harun B. Mbijiwe
Price: $3.00 USD. Words: 16,870. Language: English. Published: June 26, 2018. Categories: Nonfiction » Inspiration » Personal inspiration
It is very frustrating when ones performance goes down due to pressures around him. Everyone will feel much fulfilled everyday after doing all that he or she had planned. This book has laid few principles that can help you marshal your strength towards your endeavors. Every institution, work place, home, industry and any place that you find yourself in will need you to do your best. 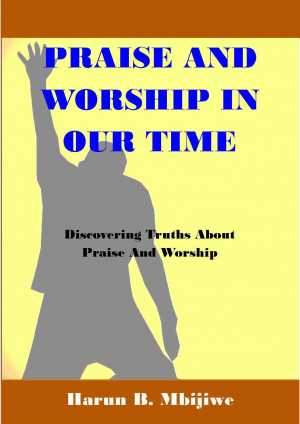 Praise And Worship In Our Time - Discovering Truths About Praise and Worship by Harun B. Mbijiwe
Price: $2.00 USD. Words: 13,360. Language: English. Published: April 13, 2018. Categories: Nonfiction » Religion & Spirituality » Christian Life / Spiritual Growth
There are certain truths about praise and worship which many people are not aware of and if known can lead a better relationship with God. Reading this great book, means being better in praise and worship to Almighty God. It is inter-woven into small chapters which brings a whole new ideology about praise and worship. Read it with an open mind and you shall learn and discover a lot.

You have subscribed to alerts for Harun B. Mbijiwe.

You have been added to Harun B. Mbijiwe's favorite list.

You can also sign-up to receive email notifications whenever Harun B. Mbijiwe releases a new book.