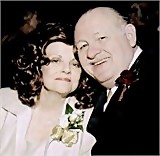 Lyn Murray writes for you, the reader.

She is fascinated by anything that has to do with the supernatural, the paranormal. This led her to become the author of Blooded [Anunnaki Rising], but she doesn't want you to confuse this book for just some young adult supernatural thriller with love triangles, vampires, werewolves, zombies, or dystopian societies. Blooded [Anunnaki Rising] blends the supernatural with what is perceived as mythological, historical fiction, [in which there may be more truth than fiction], while leaving readers considering the possibility that her spin on vampires might just be the real truth behind the legend.

A prolific writer of fiction, Lyn has more than a dozen books available for Kindle lovers, including two children's books in the "Little Book of Memories" series, which are also available in hard copy, and creative novella's that capture Lyn's diverse writing style, that include horror stories, stories filled with mystery and intrigue, ghost stories, love stories, and more.

An intuitive, hopeless romantic, Lyn loves science fiction, horror, and spirituality (but don't confuse that for being supportive of mainstream religion). Her family has a politically rich history and is tied to the American Revolution. When she's not playing World of Warcraft with her son, researching natural healing methods, or feeding the ducks in her lake, she's spinning tales of mysterious what-ifs for you.

A virtual recluse in her home, Villa Le Paradis Sur Terre, Lyn spends her days researching, reading, writing, and enjoying the simple things in life with her husband, such as a good cup of coffee and quiet conversation. The back of her Villa is glass from floor to ceiling and overlooks a private lake. I would say, that if ever there was truth in a statement, Lyn is living proof that people who live in glass houses shouldn't throw stones . . . they should be writers.

About the Blooded Saga:

If you thought Vampire Myths were fully discussed, written and screen played into movies, and there is nothing further to be said or discovered - you are very wrong.

This fictional allegory will shake your understanding of how the world works, and teach you how immortal beings have raised, shaped and manipulated our existence.

With an exciting introduction, we are teased with incredible possibilities and crazing theories, as the author has us standing on edge with each turn of the page, waiting for the action to unfold.

Forget the average vampire book you find on every corner - this is not a book for teens. Blooded (anunnaki rising) based on years of research, is set in a modern world so terrifyingly real, the reader gets chills when considering the possibilities, which are reinforced with fact based addendums that are hard to deny, in this masterpiece filled with "in your face" Vampiric Fallen Angels - the first in the series.

The writing is whimsical, the dialogues are refreshing - the reviews are astounding! You will experience terror at a completely new level. The combination between vampires and ancient mythology makes this novel much more seductive, and raises the bar for all that follow!

The Blooded Saga deals with the awakening of an Anunnaki King - a nearly immortal Overlord - who thinks of himself as 'the God' of mankind, because he and his came to Earth eons ago and genetically engineered the indigenous life they found here. In a bid for power, he sets out to destroy humankind in an attempt to summon 'the One True God of ALL Creation' for a showdown.

Blooded - Nomads (whose publicity "tease" is available now on Amazon) hurls Earth into chaos, and the onset of Biblical tribulation begins.

Blooded - Cinder (the third and final novel in the Blooded saga) finds tribulation over - it's Hell on Earth, and the showdown between the "pretenders to the throne" and the real deal Is On!

Writing this saga has been an exciting journey for me. Like Star Trek's Enterprise and her crew - it has taken me into the unknown and uncharted, that was - at times, frightening. At times (most of the time) the books literally wrote themselves. Where they came from, I can't say - but they're wonderful, and I'm proud to have been the vessel used to bring them to you.

Where to find Lyn Murray online 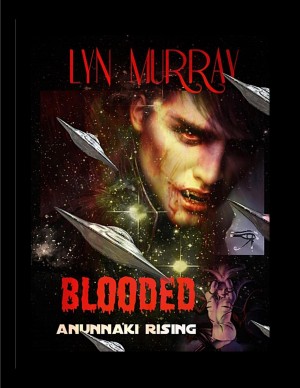 You have subscribed to alerts for Lyn Murray.

You have been added to Lyn Murray's favorite list.

You can also sign-up to receive email notifications whenever Lyn Murray releases a new book.