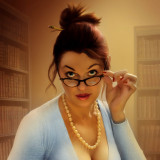 Where to find Maggie Adams online

Whistlin' Dixie
Mac Coalson, together with his parents and his six brothers, set about the arduous task of repairing their small town after a devastating flood. When vandals strike the new construction, Mac and his brothers lay a trap to catch the culprit. Instead, he finds sassy spitfire, Dixie Harris, has stolen his heart. When the vandal turns to arson, Mac finds it may be too late to save his brothers.

Leather and Lace
When Sam Coalson, ex-Navy SEAL, heard about the troubles in his hometown, he decides to head back to Grafton, despite being run off fifteen years ago by the father of his high school sweetheart. He can’t forgive Angel Devereaux for her part in his humiliation, but he can and will find out who is behind the destruction of the new buildings. What he finds leads the Coalsons into a sinister plot to run drugs through their tiny town, and it’s up to Angel to save him from certain death.

Something's Gotta Give
Charming Chance Coalson helps his brother run their construction business with a ready smile and a strong back. Considered the “Casanova of the County”, his love for women is legendary. But he’s recently realized that his heart belongs to shy volunteer firefighter, Georgia Haines. Now, he must prove to her that this “bad boy” has become a one-woman man, and he must do it before she becomes a target for a killer.

Legends by Maggie Adams
A shifter paranormal romance series loosely based on folklore and Native American Legends. All legends begin with a grain of truth... let the Spirit Guide take you on a quest to find the answers to what really does live among us!

Lustful Legacy Bundle by Maggie Adams
Follow the journey of a woman known only as The Widow as she discovers a world of sexual freedom lies within cyberspace. Told through private journals, emails, texts and chat forums, The Widow allows a voyeuristic view of her escapades with various lovers.

Tempered Steel by Maggie Adams
Seven sexy brothers rebuild their hometown with the help of some smart and sassy women including a P. I., a firefighter, and a motorcycle-riding lingerie boutique owner. 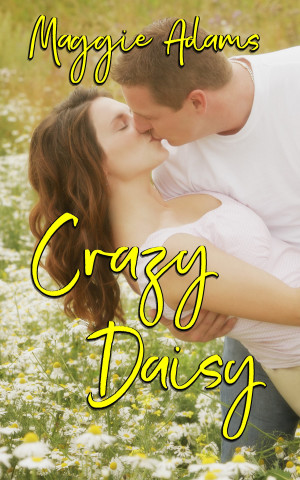 Crazy Daisy by Maggie Adams
Price: Free! Words: 14,810. Language: English. Published: February 26, 2019. Categories: Fiction » Romance » Contemporary, Fiction » Women's fiction » General
Can a determined veterinarian bring a reclusive disabled veteran back from the nightmare he endured? Only with the help of his four-legged companion, but how can she make friends when he growls at everyone that comes near? By using the old adage to her advantage - the way to a man's heart is through his stomach. Hopefully, it works on dogs too! 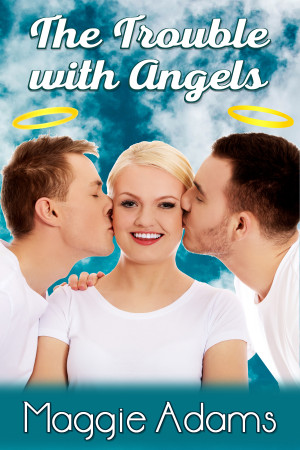 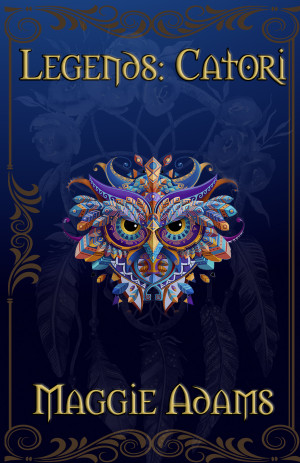 Legends: Catori by Maggie Adams
Series: Legends. Price: Free! Words: 38,950. Language: English. Published: June 2, 2018. Categories: Fiction » Romance » Paranormal, Fiction » Romance » Suspense
It's hard to keep secrets in a small town and even harder to keep one that could expose an entire race. Frankie Cavanaugh must do it, even if she loses the man she loves. Tanner Coalson has everything he has ever dreamed of except Frankie. A night of passion makes his dreams come true; morning leaves him heartbroken but determined to win her love forever, no matter what secrets she's hiding. 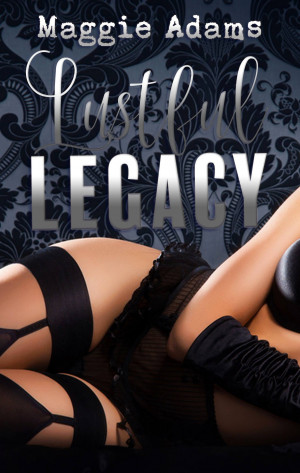 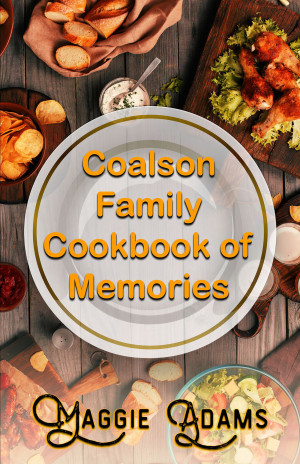 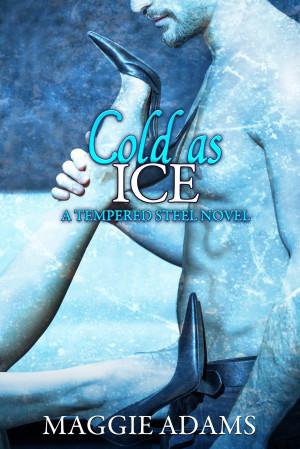 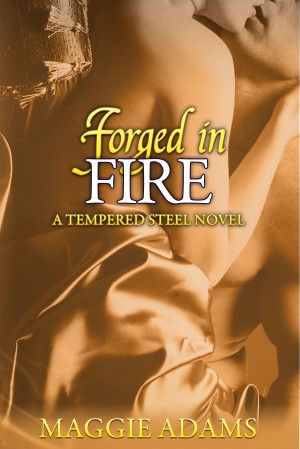 Forged in Fire by Maggie Adams
Series: Tempered Steel, Book 6. Price: $2.99 USD. Words: 46,790. Language: English. Published: July 1, 2016. Categories: Fiction » Romance » Suspense, Fiction » Mystery & detective » Women Sleuths
Book Five of the best-selling Tempered Steel Series pits Lucky Coalson and his brothers against an arsonist, a mob boss, and a murderer. But with the help of a tough as nails detective and her smart as a whip sister, the men may have a chance at solving this whodunit. And while they may be unlucky in life right now, two of them are bound to be lucky in love before this mystery ends. 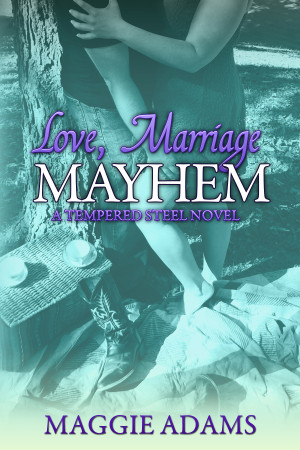 Love, Marriage & Mayhem by Maggie Adams
Series: Tempered Steel, Book 5. Price: $2.99 USD. Words: 52,870. Language: English. Published: May 11, 2016. Categories: Fiction » Romance » Suspense, Fiction » Romance » Contemporary
Brandon and Nick Coalson foil an attempt to assassinate a pretty private eye and her sweet sister. But nothing goes according to plan, and the men must fight Mother Nature, a murderer, and the local law enforcement. Not to mention that the new secretary is definitely hiding something that could get her killed. 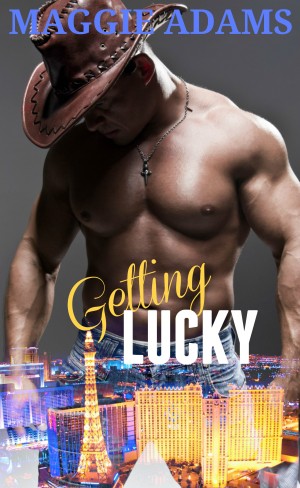 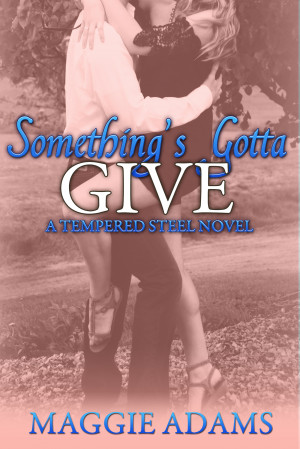 Something's Gotta Give by Maggie Adams
Series: Tempered Steel, Book 3. Price: $2.99 USD. Words: 43,430. Language: English. Published: September 29, 2015. Categories: Fiction » Romance » Adult, Fiction » Romance » Suspense
Chance Coalson loves women and they love him. Except one. Georgia Haines is the only female volunteer firefighter in Grafton. She’s had a crush on Chance Coalson since he offered her his handkerchief at her momma’s funeral. But she’s smart enough to know that it takes a special woman to tame Chance, and there’s nothing special about her; but he proves her wrong by fighting fire with fiery passion. 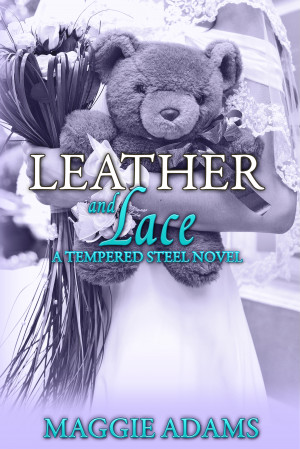 Leather and Lace by Maggie Adams
Series: Tempered Steel, Book 2. Price: $0.99 USD. Words: 42,330. Language: English. Published: September 29, 2015. Categories: Fiction » Romance » Suspense, Fiction » Romance » Contemporary
Sam Coalson, ex-Navy SEAL, has returned to Grafton for the wedding of his brother. Run out of town fifteen years ago for a crime he didn’t commit, he’s determined to claim what is rightfully his. Angel Devereaux is smart, sexy and on Sam’s blacklist. After siding with Sam’s enemy fifteen years ago, Angel can’t help but wonder if he can ever forgive her. She wants a second chance at his love. 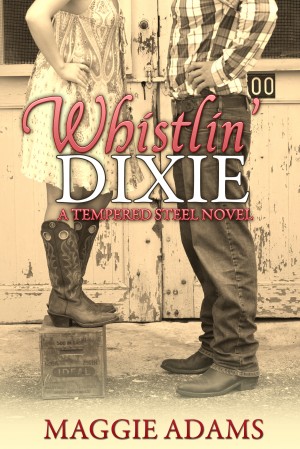 You have subscribed to alerts for Maggie Adams.

You have been added to Maggie Adams's favorite list.

You can also sign-up to receive email notifications whenever Maggie Adams releases a new book.