RonnieandLennie is a story about conjoined twins, set in the hippie days of 1960s, which depicts the challenges of being incredibly close to family at all times. Where did the inspiration for this story come from?
I’ve had a long-time fascination with the lives of the original Siamese Twins, Eng and Chang Bunker. These two men joined at the chest for their entire lives managed to marry sisters and father 21 children between them. I found that amazing. I tried to imagine how the Bunkers – or any conjoined twins – negotiated life’s private moments in the company of one other. It’s almost impossible to comprehend simple acts like going to the bathroom, meeting a girl, having sex – accompanied at all times by another human being. I assumed any conjoined twins would long to be separated, yet I discovered in my research that sometimes newly freed siblings would suffer from chronic adjustment disorder. Being attached to the same person for decades then suddenly cut loose could be the foundation for an interesting conflict. I built the story of Ronnie and Lennie around their picaresque lives together in a turbulent time contrasted with tragic setbacks that arise following their accidental separation.
Ronnie and Lennie are fascinating characters with much depth. They go through many trials throughout the story. What is one obstacle you felt was important for their characters?
Again, going back to the Bunker’s, Chang was the dominant brother over Eng which was the basis for a good deal of conflict and animosity between them. Unlike normal identical twins who seem to me to be highly compatible with very similar interests, I imagined conjoined twins having great difficulty living in harmony. Ronnie is dominant like Chang, Lennie is more submissive like Eng. So the biggest obstacle for Ronnie and Lennie is their physical attachment to one another. But equally challenging is their innate, fraternal desire to make each other happy. The conflict impels them.
Read more of this interview.

Where to find Herb Schultz online 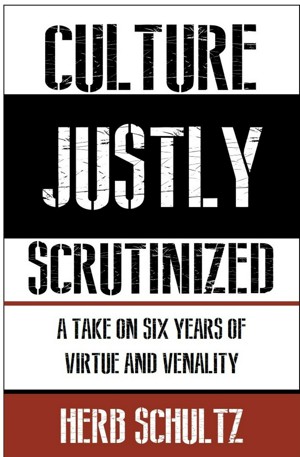 Culture Justly Scrutinized: A Take on Six Years of Virtue and Venality by Herb Schultz
Price: $3.99 USD. Words: 181,760. Language: English. Published: September 30, 2020. Categories: Nonfiction » Politics & Current Affairs » Current affairs, Nonfiction » Entertainment » History & Criticism
A collection of opinionated commentary and provocative thought experiments that covers topics esoteric, obscure and absurd – making it a unique and valuable take on the period. Some essays will remind of items vaguely familiar and largely forgotten. Many others will introduce readers for the first time to eccentric people and fascinating incidents that went unnoticed in real-time. 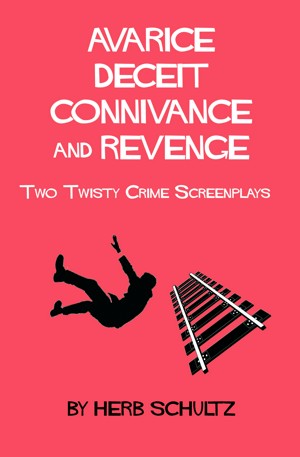 Avarice Deceit Connivance and Revenge: Two Twisty Crime Screenplays by Herb Schultz
Price: $2.99 USD. Words: 65,580. Language: English. Published: September 29, 2020. Categories: Fiction » Plays & Screenplays » American
Two crime screenplays. First: determined to marry his mistress, a Machiavellian architect enlists 3 associates in a complex scheme to murder his wife – and each other. Second: after a professional mediator is conned by identical twin businessmen who sought her help to resolve a dispute, she meets another woman in a suspiciously similar circumstance, and they team up to take down the con artists. 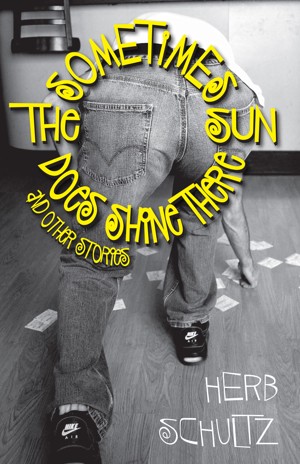 Sometimes the Sun Does Shine There and Other Stories by Herb Schultz
Price: $1.99 USD. Words: 76,950. Language: English. Published: April 15, 2011. Categories: Fiction » Thriller & suspense » General
Five twisted tales of deceit, despair, decadence, derision and revenge: a stooper who picks up discarded tickets at the racetrack, a grocery store robbery that exposes a fiend, a screenwriter who meets a minor character from a major movie, a bratty bond trader who tries to mend a fractured relationship with his neighbor, and two scientists who invent a device that scrambles their futures. 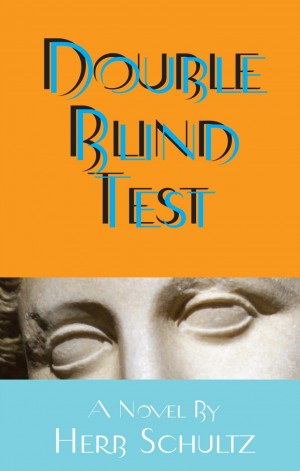 Double Blind Test by Herb Schultz
Price: $1.99 USD. Words: 47,910. Language: English. Published: May 21, 2010. Categories: Fiction » Thriller & suspense » General
Tracy Shepard is a professional mediator. She offers to help the owners of a small lab resolve a dispute impeding progress on a cure for an insidious eye disease afflicting many, including her father. Tracy discovers evidence of fraud; nothing is as it seems. Double Blind Test is a story of deceit that poses the question: What’re the chances two different men have the same tattoo-on their balls? 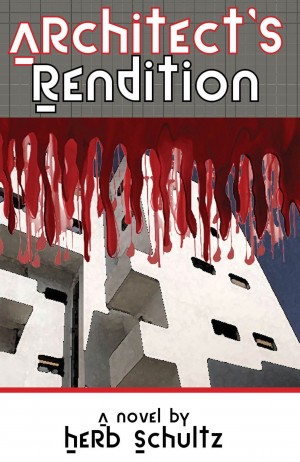 Architect's Rendition by Herb Schultz
Price: $1.99 USD. Words: 69,770. Language: English. Published: April 7, 2010. Categories: Fiction » Thriller & suspense » General
Gerald Pfalzgraf is the founder of an exclusive NY architecture firm. All he wanted was to be adored. And to possess his wife Morcilla’s vast fortune. Was that too much to ask for? Gerald tries his hand at architecting a complex enterprise of mayhem thru deception, manipulation and opportunism. He knows that men who seek to deceive will always find someone who will allow himself to be deceived. 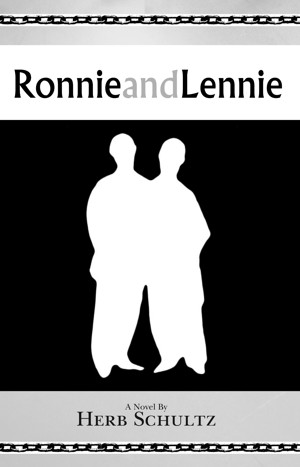 RonnieandLennie by Herb Schultz
Price: $1.99 USD. Words: 60,910. Language: English. Published: April 6, 2010. Categories: Fiction » Adventure » General
Ronnie and Lennie are twins fused in the womb who join a world that is unprepared to separate them. Seemingly chained for life, the boys unexpectedly break free but life apart is not all it’s cracked up to be. Trouble strikes. They become prisoners of another kind. RonnieandLennie spans decades and visits numerous venues as it chronicles the lives of twins conjoined by a rogue band of flesh.

You have subscribed to alerts for Herb Schultz.

You have been added to Herb Schultz's favorite list.

You can also sign-up to receive email notifications whenever Herb Schultz releases a new book.