Jack Shaw brings real world experience to whatever he writes. Not many can claim a background in two military services, enlisted in the Marines and an officer in the Air Force, followed by government service. But that's not all. His creativity goes beyond writing books.

He is the author of four books, including his best seller, The Cave Man Guide to Training and Development. His novel, In Makr's Shadow, the first of Harry's Reality series of science fiction adventures, dramatizes what happens when the world gives an evolving artificial intelligence free reign to save the world from its human inhabitants.

What's the story behind your latest book?
The essence of the idea came from a short story I wrote was called, The Black Box. It is a story told from the box itself. Humans are experimenting with this advanced machine without realizing it has become an artificial intelligence and has feelings. The Harry character was based on a short story I wrote when I was fresh out of high school called Matchmaker, which was about computer dating in a time when all your companions and acquaintances have to be vetted before you have contact with them. The penalty for unmatched contact: death--much as it is In Makr's Shadow. Makr's roots are from the original Matchmaker computer. As technological advances came about the technology in the book had to change as well. The Harry Reality Series will focus the world after we nearly destroyed this one and put an evolving artificial intelligence in charge.
What motivated you to become an indie author?
In Makr's Shadow (Harry's Reality) takes place in the near future. Technology is changing so fast, I wanted the book out to be read with some of the new technology.
Read more of this interview.

Where to find Jack Shaw online 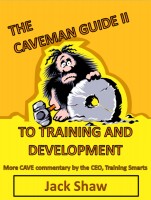 The Caveman Guide To Training and Development
Price: $0.99 USD.

The Caveman Guide To Training and Development, II
Price: $0.99 USD. 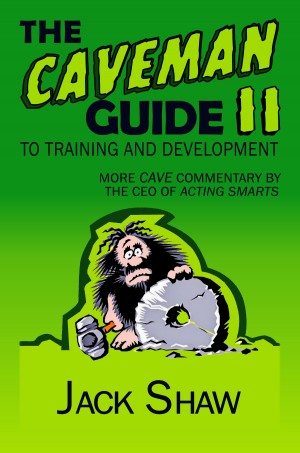 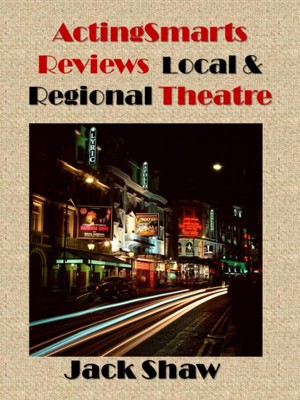 ActingSmarts Reviews Local and Regional Theatre by Jack Shaw
Price: $0.99 USD. Words: 23,130. Language: English. Published: October 24, 2012. Categories: Essay » Sociology, Nonfiction » Entertainment » History & Criticism
Why should we review local and regional professional theatres at all? After all it's just an opinion. But it should be an educated one, and this book shows by example reviewing at its constructive best. What makes a good critic or reviewer? Aren't they the same thing? Check it out here for yourself. 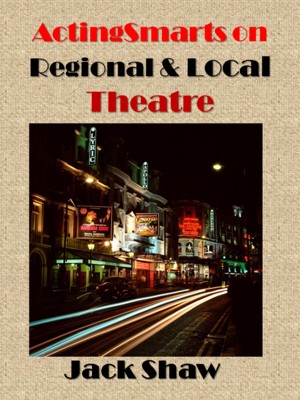 ActingSmarts on Local and Regional Theatres by Jack Shaw
Price: $0.99 USD. Words: 17,070. Language: English. Published: October 1, 2012. Categories: Nonfiction » Entertainment » Entertainment industry, Essay » Literature
If you ever find yourself in an audition situation where a monologue is called for and you show up without one, don’t despair. While obviously it is better to be prepared–you could have just learned of the audition, offer to read a monologue or piece from the play itself. If you are a good cold-reader this can be acceptable to some directors, but understand the risk of not coming prepared. 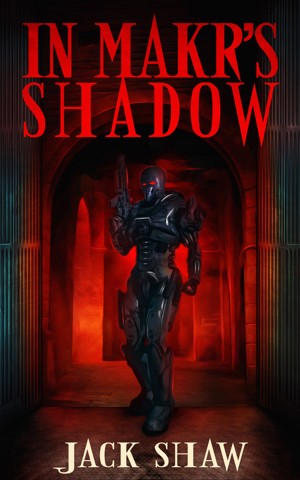 In Makr's Shadow - Book One: Symbiosis by Jack Shaw
Price: Free! Words: 134,800. Language: English. Published: August 2, 2012. Categories: Fiction » Science fiction » Utopias & dystopias, Fiction » Science fiction » Adventure
Like Isaac Asimov and Kurt Vonnegut, Jr. combined. Thought-provoking. Exciting. Sentient cyberts co-exist with Bios. Ninety percent of the Bios live in a fantasy world Inside, ten percent live in the dark reality Outside. One percent of the ten percent are fighting a losing war with the artificial intelligent menace running the planet. Is this the end of the world or the beginning of a new one? 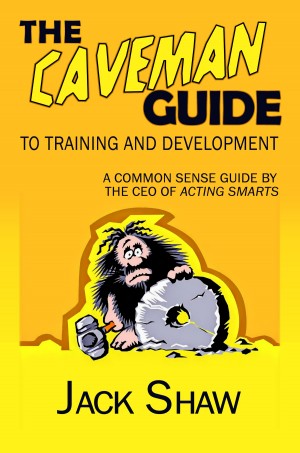 Learning and experimenting were simple in the beginning. “I learned that if I sharpened my spear and kept it sharpened I was more likely to kill the first time I threw it and struck my prey.” Sharpen your quest for a perfect training solution! Whether a novice or experienced trainer, or a manager, you will find insights that will change the way you look at training and development forever!

You have subscribed to alerts for Jack Shaw.

You have been added to Jack Shaw's favorite list.

You can also sign-up to receive email notifications whenever Jack Shaw releases a new book.