Malcolm Brabant is an award winning veteran BBC Foreign Correspondent. Brabant, who is 57, has reported from over 80 countries. He is best known for his radio reportage from Sarajevo. He covered the Bosnian war from start to finish. Brabant has twice been based in Greece and in Miami, Florida. He's a pioneer of one man band journalism, and has been shooting and editing his own television reports for nearly twenty years. In 1993 he won a radio "Oscar" - the coveted Sony Radio Reporter of the Year for his coverage of the siege of Sarajevo. Two years later he was presented with the radio prize in the annual Amnesty International press awards for his work in Grozny, the Chechen capital, while it was under murderous fire from Russian forces attempting to quell a rebellion. Brabant met his Danish wife Trine in Sarajevo in 1995. They married in Santorini Greece in 1996, and immediately afterwards settled in Miami. Since then, they have lived in Barcelona and Athens, but were forced to leave Greece in 2011 after a routine yellow fever jab fried Brabant's brain and sent him insane.The family left Greece in the autumn of 2011 for Trine's home city of Copenhagen where Brabant has battled to defeat his temporary mental iillness. He left psychiatric hospital in July 2012 and has so far suffered no relapses. 'Malcolm is a little unwell' is his first book and was written not just as a cathartic project, but also to demonstrate that he had lost none of his journalistic faculties.
You can contact the author at malcolmunwell@gmail.com

Where to find Malcolm Brabant online 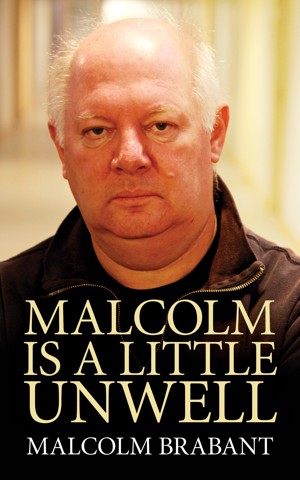 Malcolm is a little unwell by Malcolm Brabant
Price: $9.99 USD. Words: 85,470. Language: English. Published: May 20, 2013. Categories: Nonfiction » Biography » Editors, journalists, & publishers
‘Malcolm is a little unwell’ is the shocking, gripping narrative of Malcolm Brabant’s descent into madness caused by a routine yellow fever vaccination. The book chronicles a Kafkaesque journey through insanity during which Brabant first believes he is the Messiah and later, the Devil. Brabant, an award winning veteran BBC foreign correspondent, attempts suicide in order to save the world.

You have subscribed to alerts for Malcolm Brabant.

You have been added to Malcolm Brabant's favorite list.

You can also sign-up to receive email notifications whenever Malcolm Brabant releases a new book.