Marchbooks is a small publishing company located in Tennessee. We strive to offer books that are fun, interesting and thought provoking. We currently have two authors: Janus Kane who writes for adults and M.J. Claire who writes for tweens and young adults.

Janus Kane makes his primary residence in New York City. Would-be lawyer, sales rep for a multi-line distributor, telemarketer, bartender and Kirby vacuum cleaner salesman are a few of the career paths that Kane has followed. Interesting as they were, they were all dead ends.

Ultimately, fate put a pen in his hand. His first novel, 'The Little Insanity' was the result. It is a novel that shines a spotlight on the complexities of relationships and addictions. With the fast pace of a literary soap opera this first novel will be sure to please readers who follow these characters on their path of self-discovery or destruction.

The 'Fate Laughs' series is another foray into the lives of a very dysfunctional group of people. This southern family is ruled by an authoritarian husband/father and his philosophy of hate. This toxic environment blows up in their faces in very short order, leaving the children to pick up the pieces. When Janus wrote this novel, we feared that it might be too 'out there', too far fetched, given the themes of bigotry and white supremacy. Unfortunately, we were all to be proven wrong as each day shows us more examples of this kind hatred in our current world.

M.J. Claire is a quiet, middle-aged woman who has always had a passion for books, adventure, magic, fantasy and animals. You will find that most of her stories embody at least some of those themes.

Where to find Janus Kane online

Fate Laughs, The Series by Janus Kane
Fate Laughs is a study of the oftentimes tragic lives of six individuals. Each book is told from the perspective of a different person as their lives become inexorably intertwined. The story begins with Book One, told from the perspective of Wanda, a teenager who learns some harsh truths about her white supremacist father's hate filled ways. Book Two is told from Shooter's perspective, the son whose three fingers were not the only casualty of their father's intense hatred. Book Three takes you back in time to try to discern what it was about Jim Whitaker that made him so angry and filled with hate that he would hurt those nearest and dearest to him. In Book Four, we learn how Calub, a young black boy, has a connection to Jim Whitaker that binds them in a deadly dance which only one of them will survive. Book Five gives us the perspective of Amelia, a teenage transplant from the city who is both Wanda's nemesis and Shooter's friend. Book Six is told from Betty Whitaker's perspective, it has the luxury of being a more complete overview because it has the benefit of being told from beyond the grave. 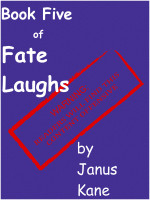 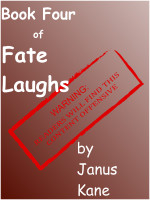 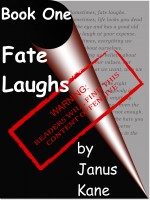 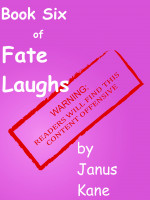 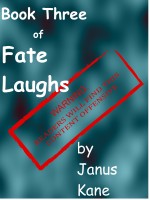 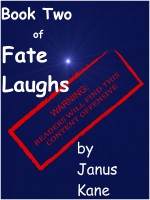 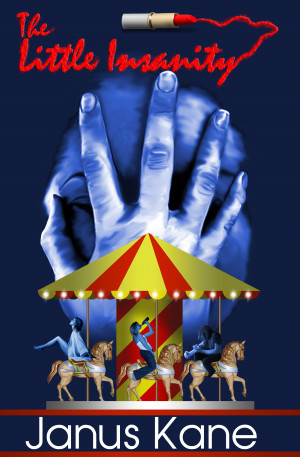 The Little Insanity by Janus Kane
Price: $3.99 USD. Words: 105,670. Language: English. Published: February 26, 2018. Categories: Fiction » Transgressional fiction
You’ve met them, you know them; your sister, brother, friend or significant other. You might even see them when you look in the mirror. The Little Insanity is a study of the dysfunction that we all share to one degree or another. In this case those dysfunctions play off of each other with harrowing results. Follow the lives of six troubled individuals and see how they navigate The Little Insanity 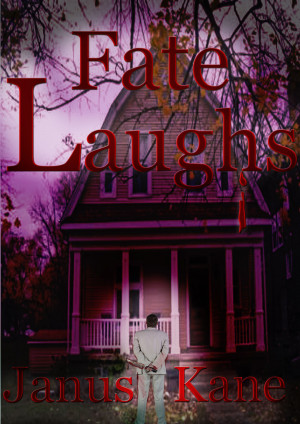 Fate Laughs - The Complete Set by Janus Kane
Price: $3.99 USD. Words: 69,170. Language: English. Published: November 1, 2017. Categories: Fiction » Cultural & ethnic themes » Cultural interest, general
Fate Laughs - The Complete Set, is a raw and sometimes brutal story that is not as far removed from reality as we might hope, but in this story, lessons are learned and there is redemption for some. The story may make you cringe at times and it is far from 'politically correct' but it is real, perhaps too real for comfort. 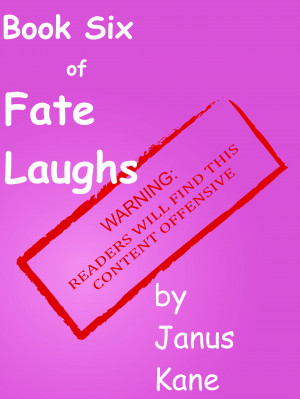 Book Six of Fate Laughs by Janus Kane
Series: Fate Laughs, The Series. Price: Free! Words: 3,390. Language: English. Published: August 16, 2017. Categories: Fiction » Cultural & ethnic themes » Cultural interest, general
Book Six is told from the perspective of Betty Whitaker. Though, thanks to her beloved husband, her body has moved beyond this mortal coil, her spirit lingers to watch over what's left of her family. 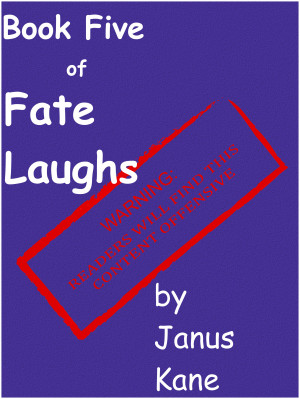 Book Five of Fate Laughs by Janus Kane
Series: Fate Laughs, The Series. Price: $0.99 USD. Words: 16,400. Language: English. Published: August 16, 2017. Categories: Fiction » Cultural & ethnic themes » Cultural interest, general
Amelia Gardner finds herself in Altuna with her father who is dealing with depression and anger after the murder of his wife, Amelia's mother. To ease his pain, Randy Gardner turns to hatred and the white supremacist Purity League. Amelia struggles with this unpleasant change in her once lovable father. Too late, she realizes just how fractured he has become. 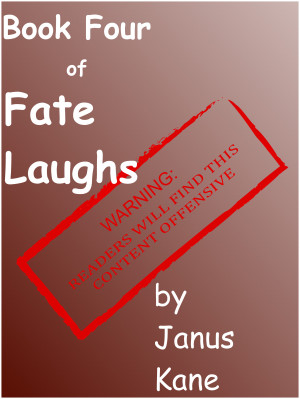 Book Four of Fate Laughs by Janus Kane
Series: Fate Laughs, The Series. Price: $0.99 USD. Words: 11,350. Language: English. Published: August 16, 2017. Categories: Fiction » Cultural & ethnic themes » Cultural interest, general
Calub's life is intertwined with the Whitaker family in unimaginable ways. Their destinies were linked when he was still in the womb. Now, he takes it upon himself to get justice for his own father, who paid the ultimate price as a result of Jim Whitaker's actions. What felt right in the moment has left him with a lifetime of guilt, which he tries to mitigate by helping the Whitaker siblings. 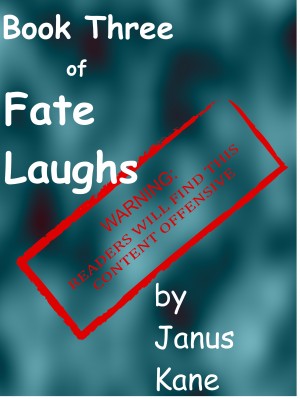 Book Three of Fate Laughs by Janus Kane
Series: Fate Laughs, The Series. Price: $0.99 USD. Words: 24,060. Language: English. Published: May 3, 2016. Categories: Fiction » Cultural & ethnic themes » Cultural interest, general
In the Third book of the Fate Laughs series, we get some insight into why Jim Whitaker has become the hate-filled misogynist that he is. How did the young boy, filled with promise and hope for the future turn into the person who effectively destroyed the lives of himself and his family in one broad stroke? Fate is a cruel mistress and we are all at her mercy. 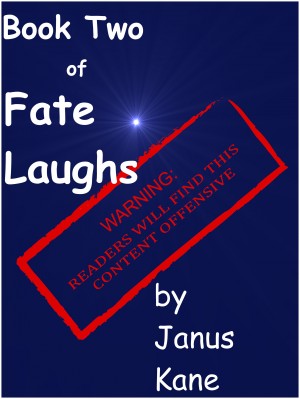 Book Two of Fate Laughs by Janus Kane
Series: Fate Laughs, The Series. Price: $0.99 USD. Words: 9,110. Language: English. Published: March 20, 2016. Categories: Fiction » Cultural & ethnic themes » Cultural interest, general
Fate Laughs is a study of what happens when the hate, bigotry and racism that a person puts out into the universe comes back to them with a vengeance. Book Two is told from the perspective of 17-year-old Shooter.He and sister Wanda try to recover from the devastating effects of their father's hatred, as they are forced to set a new course for the path that the rest of their lives will take. 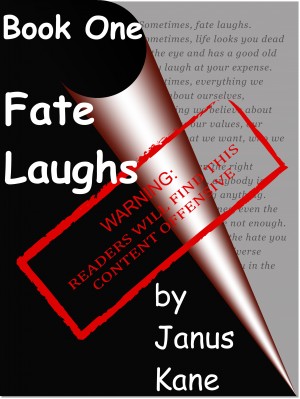 Book One of Fate Laughs by Janus Kane
Series: Fate Laughs, The Series. Price: Free! Words: 6,800. Language: English. Published: February 14, 2016. Categories: Fiction » Cultural & ethnic themes » Cultural interest, general
Fate Laughs is a study of what happens when the hate, bigotry and racism that a person puts out into the universe comes back to them with a vengeance. Book One is told from the perspective of Wanda Whitaker, the 15-year-old daughter, who is about to have the credibility of everything she believes to be true, brought into question. She will learn firsthand what it feels like when Fate Laughs.

You have subscribed to alerts for Janus Kane.

You have been added to Janus Kane's favorite list.

You can also sign-up to receive email notifications whenever Janus Kane releases a new book.