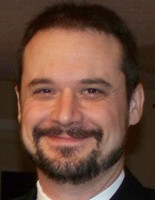 Marc Labelle was born and has spent most of his life in Sturgeon Falls, Ontario, Canada. He currently shares his home there with his wife, Sheena, and the eldest two of his four children.

Where to find Marc Labelle online

Trials of the Chosen by Marc Labelle
A simple fisherman's life was not in the cards for young Raftennon. The wonders of the Arcane Arts drew him in. He devoted his life to them, mastered their secrets. Now his peers deem him one of the most powerful mages in history. He even garnered the attention of the gods. Through his ordeals Raftennon will learn what Fate has in store for him. He will shape realms, save lives and orchestrate death. But, most of all, he will pursue. When the hunt ends, he and his prey will finally learn their true place in Existence. The Trials of the Chosen trilogy is set in the mystical realms of Kagendur, the same fantasy world in which Marc Labelle's first novel Knightfall takes place. The story begins in A Woman's Scorn and will continue in the upcoming novels The Daemon and The Lady and TwinSoul. 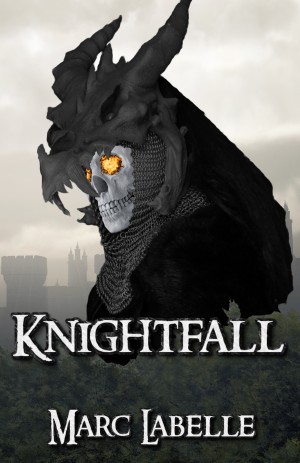 Knightfall by Marc Labelle
Price: $2.99 USD. Words: 93,750. Language: Canadian English. Published: January 5, 2016. Categories: Fiction » Fantasy » Epic
The monstrous murder of an innocent sends a knight to his doom. His demise not only destroys a kingdom but also wakes an ancient dragon from its eternal slumber. A thousand years later, the doomed knight appears in the nightmares of the druidess Ravenna. She, along with others the knight's actions have touched, set off on a journey to find answers and confront the monster. 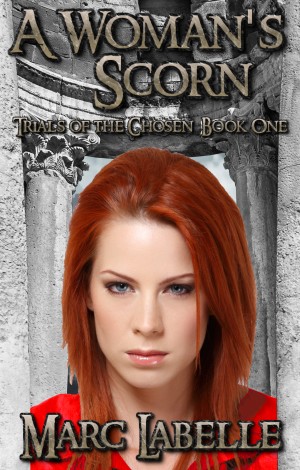 A Woman's Scorn by Marc Labelle
Series: Trials of the Chosen. Price: $2.99 USD. Words: 100,630. Language: Canadian English. Published: November 13, 2015. Categories: Fiction » Fantasy » Epic, Fiction » Fantasy » General
A simple fisherman's life was not in the cards for young Raftennon. The wonders of the Arcane Arts drew him in. The sacrifices he made to become one of the most powerful mages in history did not seem too much to bear—until she decided payment was due. The cost will be high and he will have no choice but to suffer the consequences. Can he survive what is demanded of him?

You have subscribed to alerts for Marc Labelle.

You have been added to Marc Labelle's favorite list.

You can also sign-up to receive email notifications whenever Marc Labelle releases a new book.