Margaret McGaffey Fisk is a storyteller whose tales often cross genres and worlds to bring the events and characters to life. She currently writes romance, science fiction, and fantasy but will go wherever the story takes her.

A daughter of diplomats, her early years were filled with many cultures, both very much alive and long turned to dust, and people who both pondered the great thoughts and were grand pranksters. Whether from wild adventures into the desert to climb sand mountains, poking around little known archeological sites, or visiting bazaars and inner cities, she came out of that time with a love of culture and an all too sharp awareness of culture clash.

She currently lives in a Nevada desertscape with her husband, and a rotating collection of cats and sons. When not exercising her creative muscles, she has been known to tame the relatives of beasts in the wild--feral cats. In a different time, you'd find her before a bonfire or with a mug of ale and a lute spinning tales for all who are in earshot. Now, though, you can read her explorations of loyalty, love, and conflict wherever you might be.

Please visit http://margaretmcgaffeyfisk.com to see a full list of her available titles. While you're there, wander around the room to learn more about Margaret and what she thinks you might find interesting. You can always drop her a line through the contact form or leave a comment on her blog. She'd love to hear from you.

Foster's Way by Margaret McGaffey Fisk
Welcome to Foster’s Way, a sleepy little town that opens its doors to refuges from the troubles of city life.

The Steamship Chronicles by Margaret McGaffey Fisk
A fugitive in England for her natural talents which allow her to use aether to transform mechanical devices into what they dream of becoming, Samantha Crill runs into trouble of her own making as she attempts to escape to the Continent. Nathaniel Bowden is a lowly cabin boy with dreams of becoming a steamship captain. The Chronicles follow their efforts to survive and earn the crew's good will after Sam stows away on Nat's ship.

Seeds Among the Stars by Margaret McGaffey Fisk
The human race has long outgrown Earth, creating colonies with diverse cultures as well as ship-bred communities. The series starts on the colony of Ceric with a young thief living in the abandoned subway shafts beneath First City who longs to become a spacer though a shafter like her has little hope of achieving the dream. Her personality puts her in situations no other shafter would end up in, but it also opens possibilities that should be out of reach. As the series continues, you'll meet a wide variety of people from many cultures who must learn to work together if they're going to succeed in the Spacer Guild and elsewhere. This is a clean and wholesome adventure series for readers of all ages who are looking for determined and honorable characters trying to find their way through a complicated world without losing their core strength.

Uncommon Lords and Ladies by Margaret McGaffey Fisk
Sweet historical romances that follow unusual young women and men trying to navigate the requirements of love and society in Regency Era England. These books are appropriate for romance readers of all ages and offer a clean and wholesome read with characters you will want to succeed even through the worst of their stumbles.

Beneath the Mask: A Sweet Regency Romance
Price: $3.99 USD. 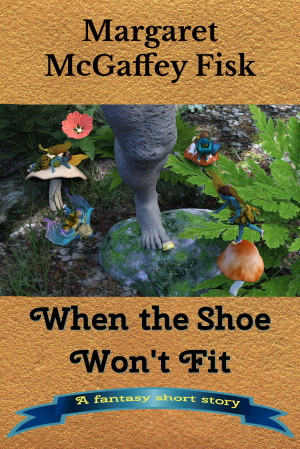 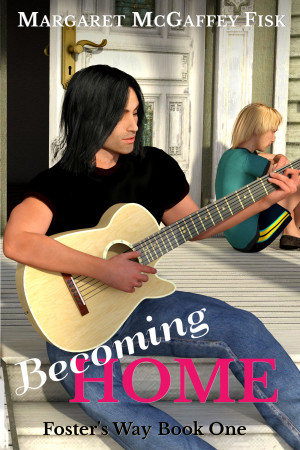 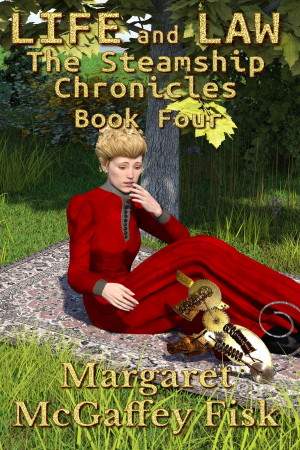 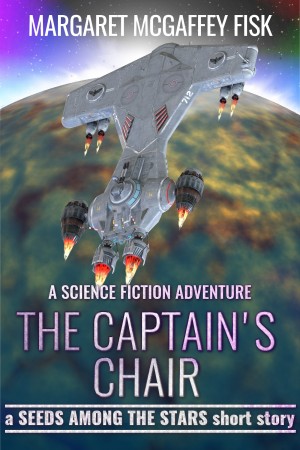 The Captain's Chair: A Science Fiction Adventure by Margaret McGaffey Fisk
Series: Seeds Among the Stars, Shared World Story. Price: $0.99 USD. Words: 12,540. Language: English. Published: March 16, 2016. Categories: Fiction » Science fiction » Adventure, Fiction » Young adult or teen » Science Fiction
Samantha Marsdom plans to expand the starship she inherited from her father into a profitable indie trader fleet. She has much to prove to herself and her father’s crew, but the path has not been easy. Still, her reputation is growing, and when a prime job comes her way, she’s eager to show the crew, and her childhood friend, she has what it takes to secure their freedom with hefty profits. 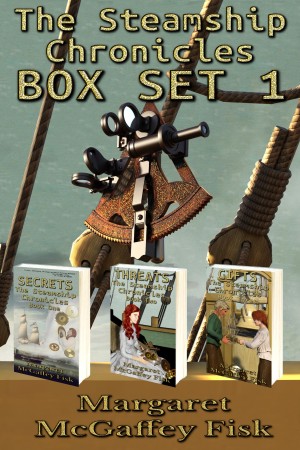 Superstitious sailors, demanding machinery, and a delicate balance between the truth and what is right make this an entertaining, thought-provoking alternate history Victorian steampunk adventure for ages 14 and up. The box set contains Secrets, Threats, and Gifts (books 1-3 of The Steamship Chronicles). 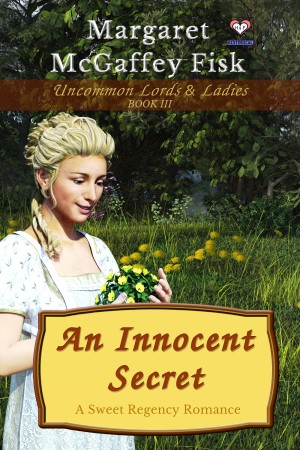 An Innocent Secret: A Sweet Regency Romance by Margaret McGaffey Fisk
Series: Uncommon Lords and Ladies, Book 3. Price: $3.99 USD. Words: 81,580. Language: English. Published: October 31, 2015. Categories: Fiction » Romance » Regency, Fiction » Young adult or teen » Romance » General
From the edge of a forest brook all the way to London, a baron's heir and the landholder's daughter he loves must overcome misunderstandings and familial pressure to earn happiness in a Regency Era sweet romance where a secret childhood friendship matures into true love. 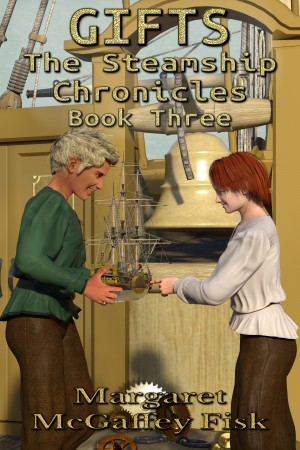 Gifts: A Steampunk Adventure by Margaret McGaffey Fisk
Series: The Steamship Chronicles, Book 3. Price: $3.99 USD. Words: 57,010. Language: American English. Published: July 21, 2015. Categories: Fiction » Science fiction » Steampunk & retropunk, Fiction » Young adult or teen » Science Fiction
A Steampunk Alternate History set in the Victorian Era with sentient machines only a select few can hear, and for that they're considered monsters. Samantha Crill is determined to enjoy every moment she has left with her best friend Nathaniel Bowden and a crew of sailors she's come to love even though they will cost her everything when they abandon her at the next populated port. 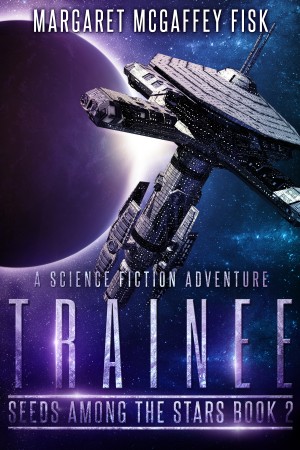 In Book 2 of Seeds Among the Stars, Trina must overcome both prejudice and her own instincts in her quest to become a spacer. 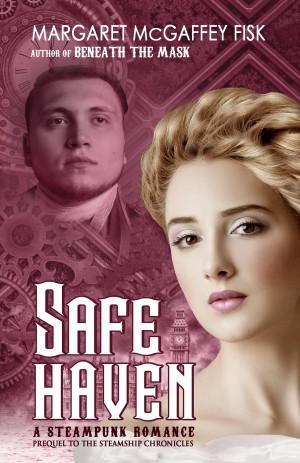 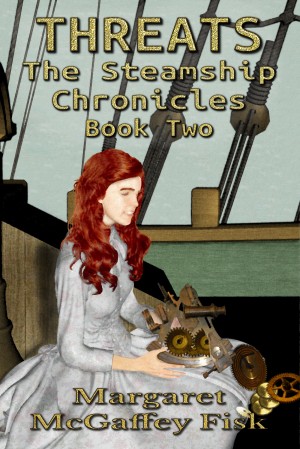 Threats: A Steampunk Adventure by Margaret McGaffey Fisk
Series: The Steamship Chronicles, Book 2. Price: $3.99 USD. Words: 56,970. Language: English. Published: December 16, 2014. Categories: Fiction » Science fiction » Steampunk & retropunk, Fiction » Young adult or teen » Science Fiction
A cabin boy with aspirations for a captaincy of his own and a Natural who can bend the aether to her will and transform machinery struggle to survive and succeed as they cross the Atlantic in the weakest of the British merchant steam-sail hybrids in this Victorian Era steampunk adventure. This is the second in a tightly knit series. 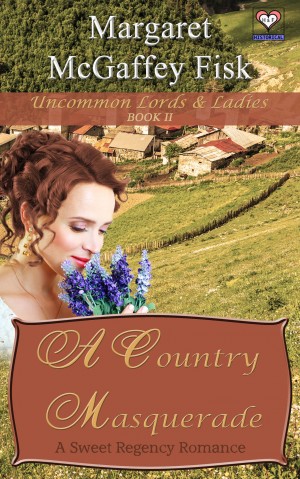 Unthinking criticism, bad timing, and a young lady's stubborn nature turn the perfect match into a recipe for disaster. A Regency Era sweet romance appropriate for all ages, A Country Masquerade begins with Lady Barbara Whitfeld overhearing the man she's infatuated with criticizing her and anger drives her to show him just what frivolity looks like. 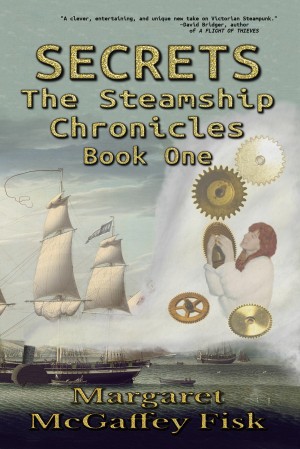 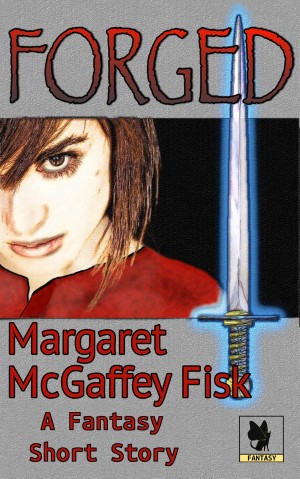 A swordsmith’s unappreciated apprentice puts her career, and even her life, on the line to confront a knight with a deadly secret. 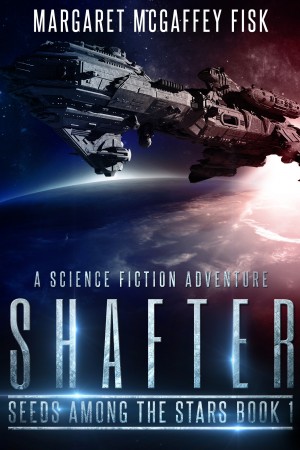 Dreams of escaping the colony of Ceric become reality when Trina is discovered by her wealthy grandfather, but will the price be too high to pay? 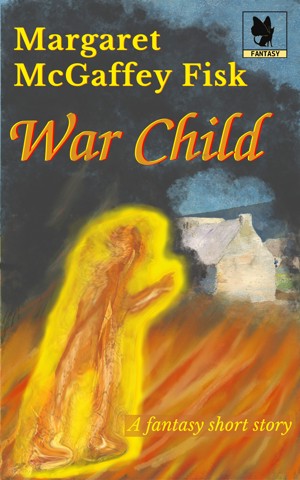 Melnae grew up on tales of fire-eating demons and even fought in the shahran's army. Now, a demon force approaches her home while her daughter bears the mark of a fire-eater. Can she protect her daughter without betraying her people? 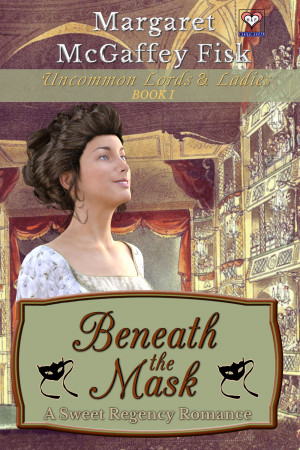 Beneath the Mask: A Sweet Regency Romance by Margaret McGaffey Fisk
Series: Uncommon Lords and Ladies, Book 1. Price: $3.99 USD. Words: 87,400. Language: English. Published: September 30, 2013. Categories: Fiction » Romance » Regency, Fiction » Historical » Regency
In the flash and glitter of the Regency Era, a young noblewoman craves to dance not in the ballroom but on stage, blending music, movement, and soul. Will these scandalous dreams destroy her family, or gain her a loving patron? 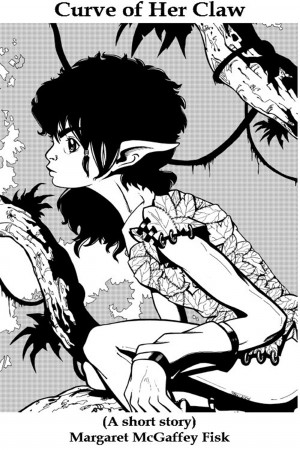 Curve of Her Claw by Margaret McGaffey Fisk
Price: $0.99 USD. Words: 6,500. Language: English. Published: May 29, 2012 by A Conspiracy of Authors. Categories: Fiction » Fantasy » Short stories
Fall into a world where beauty is a facade, and one elf is pushed beyond reason to rid herself of the smooth-skinned curse. Curve of Her Claw tells the tale of a young elf trying to earn a place in the tribal memory. The elves in this dark fantasy, however, have little in common with the tall, beautiful faerie kind who often condemn humanity for brutal natures.

You have subscribed to alerts for Margaret McGaffey Fisk.

You have been added to Margaret McGaffey Fisk's favorite list.

You can also sign-up to receive email notifications whenever Margaret McGaffey Fisk releases a new book.