Marianne Rogoff is the author of the memoir Silvie’s Life (Zenobia Press, Berkeley, 1995; Gradiva, Lisbon, 2006), which has been adopted for courses in medical ethics and optioned for film. Travelers Tales has selected her stories for The Best Women’s Travel Writing (2011, 2010, 2008) and The Best Travel Writing (2006). Her feature essays and book reviews have appeared in The Rumpus, San Francisco Chronicle, and Bloomsbury Review, among others. She teaches Writing & Literature at California College of the Arts and Big History at Dominican University, and leads annual weeklong trips for writers to Mexico, Spain, and elsewhere. Read more at mariannerogoff.com

Where to find Marianne Rogoff online 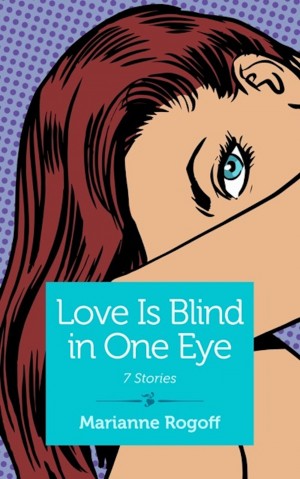 Love Is Blind in One Eye by Marianne Rogoff
Price: $2.99 USD. Words: 14,010. Language: English. Published: April 27, 2016 by Shebooks Publishing. Categories: Fiction » Women's fiction » General, Fiction » Biographical
In these linked stories Jewel navigates the stage of life between 25 and 45, from the day she finds a body on a wild California beach to crossroads encounters with mystics, lovers, beggars, surgeons, and sailors on the shores of Maui and streets of San Miguel de Allende, Lisbon, and Barcelona.

You have subscribed to alerts for Marianne Rogoff.

You have been added to Marianne Rogoff's favorite list.

You can also sign-up to receive email notifications whenever Marianne Rogoff releases a new book.